EN RU UK
» News » Reboot of the US policy: is there a place for Ukraine in a new version? 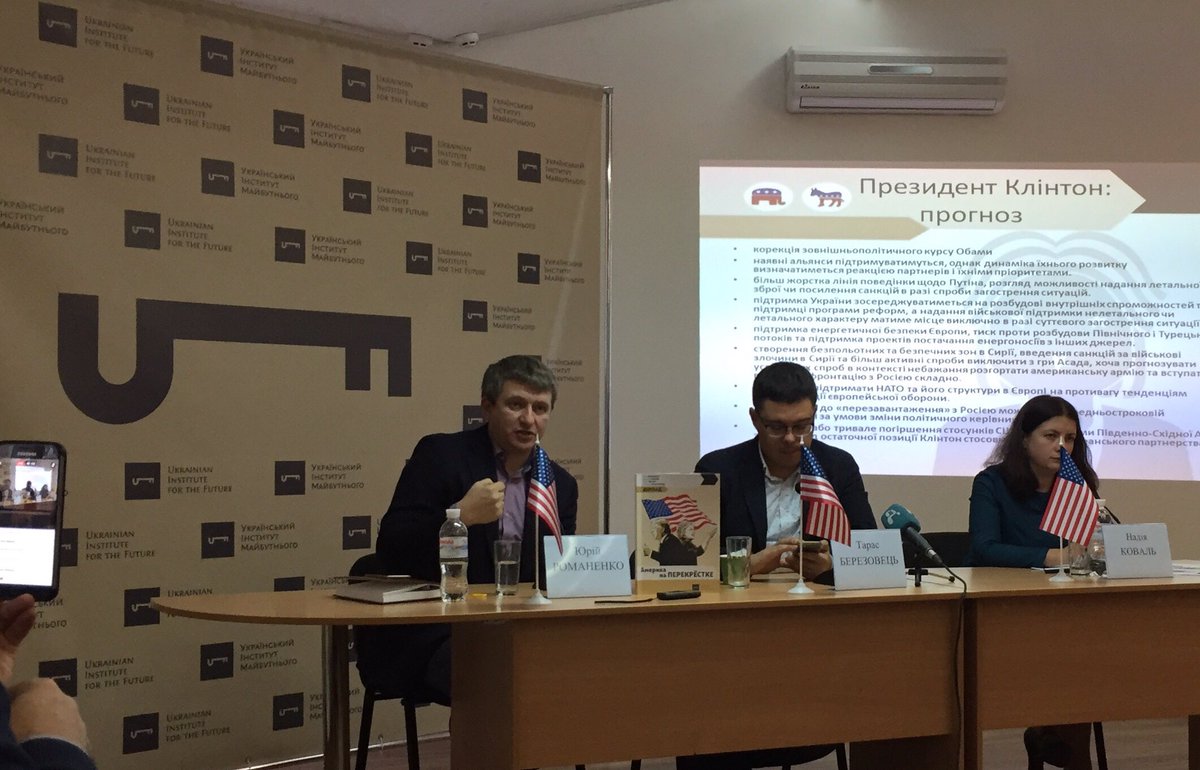 The United States entered the period of internal turbulence, which is based on different factors, as it was said by the experts of the Ukrainian Institute for the Future (UIF) during the presentation of the report “America at the Crossroads” (text of the report can be found here). And whoever wins today’s presidential elections; he or she will have to clear up the mess of the left sentiment which augmented in American society, the authors of the report note.

Most likely, this fate will fall on the shoulders of Hillary Clinton, as the gap in the number of votes between her and Trump is almost one hundred. We would like to remind that the elections in the United States are indirect: each of the states, according to the number of inhabitants, is assigned a certain number of voters; the candidate winning in that state gets all the electoral votes of the state.