» News » What is wrong with Ukrzaliznytsya? 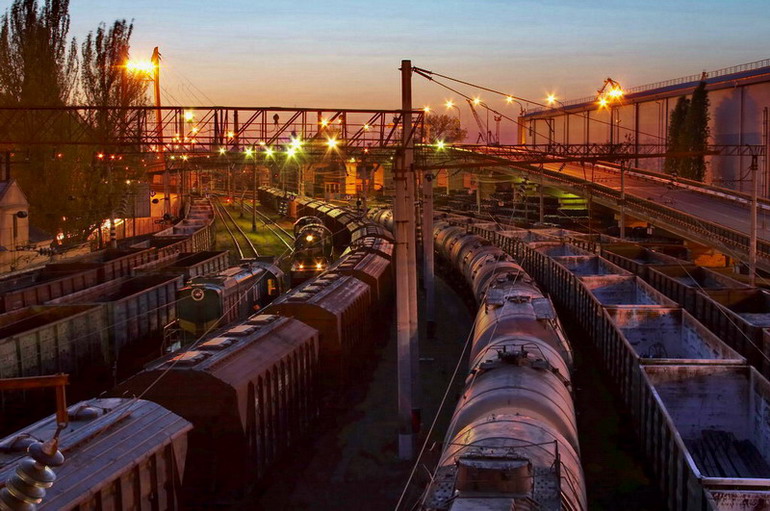 Editor’s Note: Vladimir Shulmeister served as first deputy infrastructure minister for about a year in 2014-2015, before leaving the ministry together his boss, ex-Infrastructure Minister Andriy Pyvovarsky, saying that the country’s top leadership lacked the political will for reforms.

While in office, Shulmeister studied the state of Ukrzaliznytsya, a state-owned giant railway monopolist that back then was controlled by the Infrastructure Ministry. Now it answers to the Cabinet of Ministers. Shulmeister says that the company with yearly revenue of nearly $3 billion and 300,000 employees loses some $2 billion through inefficiency and corruption. The following is the first installment of a series of articles where he lays out how the money is lost at Ukrzaliznytsya.

I’m writing this as a memo to the management of Ukrzaliznytsya (UZ) – Polish or any other – that is willing to improve operations of UZ under the current Ukrainian conditions.

When 20 years ago I was working for the Dutch bank MeesPierson, which was financing the flow of goods in Ukraine, I learned that UZ is a semi-military system which didn’t change since Soviet times and operates precisely and reliably.

However, when I started to work for the Ministry of Infrastructure of Ukraine in 2014, I quickly learned that UZ was in critical shape with zero cash on the accounts, huge debts to suppliers of electricity and empty fuel reserves.

This was a result of the 25 years of various corruption schemes inside the UZ that drained the company and led to the situation when the most important transportation artery of Ukraine (responsible for about 80 percent of all the cargo transportation) was about to stop completely.

The thorough analysis of these schemes gave me a better understanding of who, how and at what scale is bringing the financial damage to UZ and to the state.

In the following weeks, I will present some results of this investigation, conducted by the volunteers that worked for the Infrastructure Ministry in 2015 and independent analytics, and offer possible solutions.

It relates to the system of tariffs and discounts on freight transportation, both domestic and transit.

a) The structure of the tariffs

The current tariffs system stems from the 1960s and it divides all cargos into four groups (from 0 to 3) according to their type. Group 0 is gravel, sand, slag, ash, salt; Group 1 – iron and manganese ore, coal; Group 2 – grain, timber, non-ferrous metals ore; Group 3 – metals, oil products, chemicals, machinery and equipment.

This is the opposite of the world practice where the price for the transportation mostly depends on the weight of the cargo and the distance.

b) The level of tariffs

As a result of hryvnia depreciation, Ukrainian railways became one of the cheapest to use in the world, the tariffs being about twice lower than at the railways in Russia, Belarus, Kazakhstan, and almost 10 times lower than in Poland and Hungary. Inability to raise the tariffs leads to the constant lack of capital expenditure to repair wagons, locomotives, and infrastructure. Several attempts to adopt the level of tariffs to the costs of UZ has been blocked by big companies, often through various business associations, unions, chambers of commerce, ministries and state agencies.

As a result, there is a tremendous, multi-year lag in financing of capital expenditure and already very well tangible lack of rolling stock. UZ becomes unreliable and unsafe.

Deviation of the individual tariffs from the standard values can be very considerable and is a source of corruption.

In other words, some companies get very high discounts, far below the cost level of UZ. As a result, UZ subsidizes large holdings at the cost of its own modernization.

Here is information about two companies and their shares in UZ cargo transportation and cargo income in the first six months of 2015:

SCM, or System Capital Management, is a holding of companies belonging to the richest Ukrainian Rinat Akhmetov. Ferrexpo is an iron-ore producer that belongs to Kostyantyn Zhevago, a millionaire and a member of parliament.

The system must be changed fundamentally. It must adopt the European standards that are binding tariff to the weight of cargo and transported distance and not to the type of cargo. The discount must be clearly and transparently bound to the volume, the discount may not exceed a certain level, so that the final tariff is always above the UZ cost price.

Who is against these changes?

The companies and their beneficiaries who built their business model (and fortune) on exports of raw materials rather than creating added value inside of Ukraine.

Who would benefit from the new system?

UZ would be able to finance its capital expenditure needs, giving jobs to thousands of Ukrainians.

Business would consider reorienting their activities to production rather than export of raw materials (especially if UZ guarantees to buy metal products needed for their production from the local producers).

What is the influence of this corruption scheme on the UZ income?

This part of the UZ “inefficiency” is responsible for the largest part of the losses inside the company and is evaluated at about Hr 20-25 billion per year ($900 million).

Note to the UZ Management: Don’t just increase the tariffs, but rather change the tariffs system! This would have a much better effect on the economy of Ukraine, making it less “raw-materials-export-oriented.” Additional GDP growth at about 2-3 percent is guaranteed.

Vladimir Shulmeister is the director of the “Infrastructure of the Future” program at the Ukrainian Institute of the Future, a Kyiv-based think-tank.