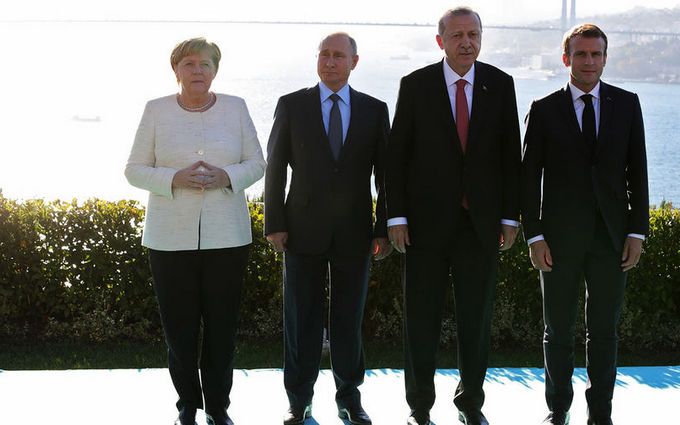 On October 27, a meeting of the leaders of Germany, France, Turkey, and Russia on the situation in Syria was held in Istanbul. The summit was being prepared since the beginning of September with the filing of Moscow. It was extremely important for the Russians to hold a “Syrian meeting” with the Europeans without the presence of the US to persuade them to cooperate on Syria. Turkey welcomed the idea of the Kremlin, seeing this as a chance to break through the diplomatic isolation of Europe and try to build bridges between Turkey and Berlin and Paris again against the backdrop of confrontation with the United States. For the Germans and the French who are under pressure of the negative global consequences of Trump’s policy, the increase in their importance in the situation in Syria is a logical reaction to the reduction of the US role in the world and the region.

The results of the summit are very significant for Syria and the balance of forces in the Middle East. Although the parties did not go beyond the Syrian conflict in their negotiations, the final communiqué clearly outlines the context of further cooperation between Europe, Turkey, and Russia in a more global dimension.