» News » NAYYEM VERSUS HUG: IS THERE RUSSIAN MILITARY IN THE DONBAS. WHO’S RIGHT? 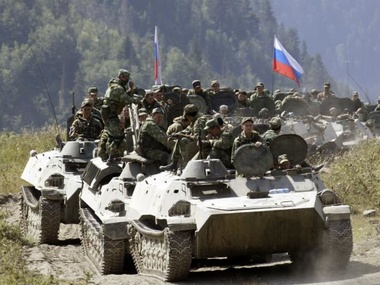 Principal Deputy Chief Monitor of the OSCE Special Monitoring Mission to Ukraine Alexander Hug said in an interview with Foreign Policy: “We have not seen direct evidence of Russian intervention in the East of Ukraine”.

The reaction of Mr. Nayyem, who doubted the mental health of Mr. Hug, is understandable.

Let us consider the indirect facts given by the Principal Deputy Chief Monitor of the OSCE Mission in a little more detail:

Indeed, the convoys do not have any identification marks – so this is an indirect proof of Russian activity.

That’s crazy. If the documents seized from the captured Russian servicemen, which were provided during the meeting with the prisoners of war, are not direct evidence of the presence of the aggressor’s troops in the sovereign Ukrainian territory, I afraid to imagine what really can be such evidence.

Such jackets can really be bought at any military store. Moreover, the Russian “volunteers” in due time, massively imported “humanitarian aid” to the territory of the DPRLPR. In addition, according to Mr. Hug, among the armed men persons dressed in German and Spanish jackets were also seen. Well, we’ll dismiss that as “circumstantial evidence”.

But what is strange, Mr. Hug did not say a word about the presence of the Russian equipment, which is hard not to notice, in the area. Moreover, previous OSCE missions have repeatedly noted this. From the latter, Russian EW systems, Air Defence Forces, dozens of tanks and artillery systems were detected in August.

Obviously, this factor, according to Alexander Hug, is not a direct proof of the presence of the Russian armed forces on the territory of Ukraine and does not even need to be declared.

It is also worth noting that the OSCE needs an exceptionally long time to make at least some clear statements. I do not presume to judge whether this is due to the reluctance to escalate relationship with the Russian Federation or whether it is within the framework of their policy of avoiding direct answers.