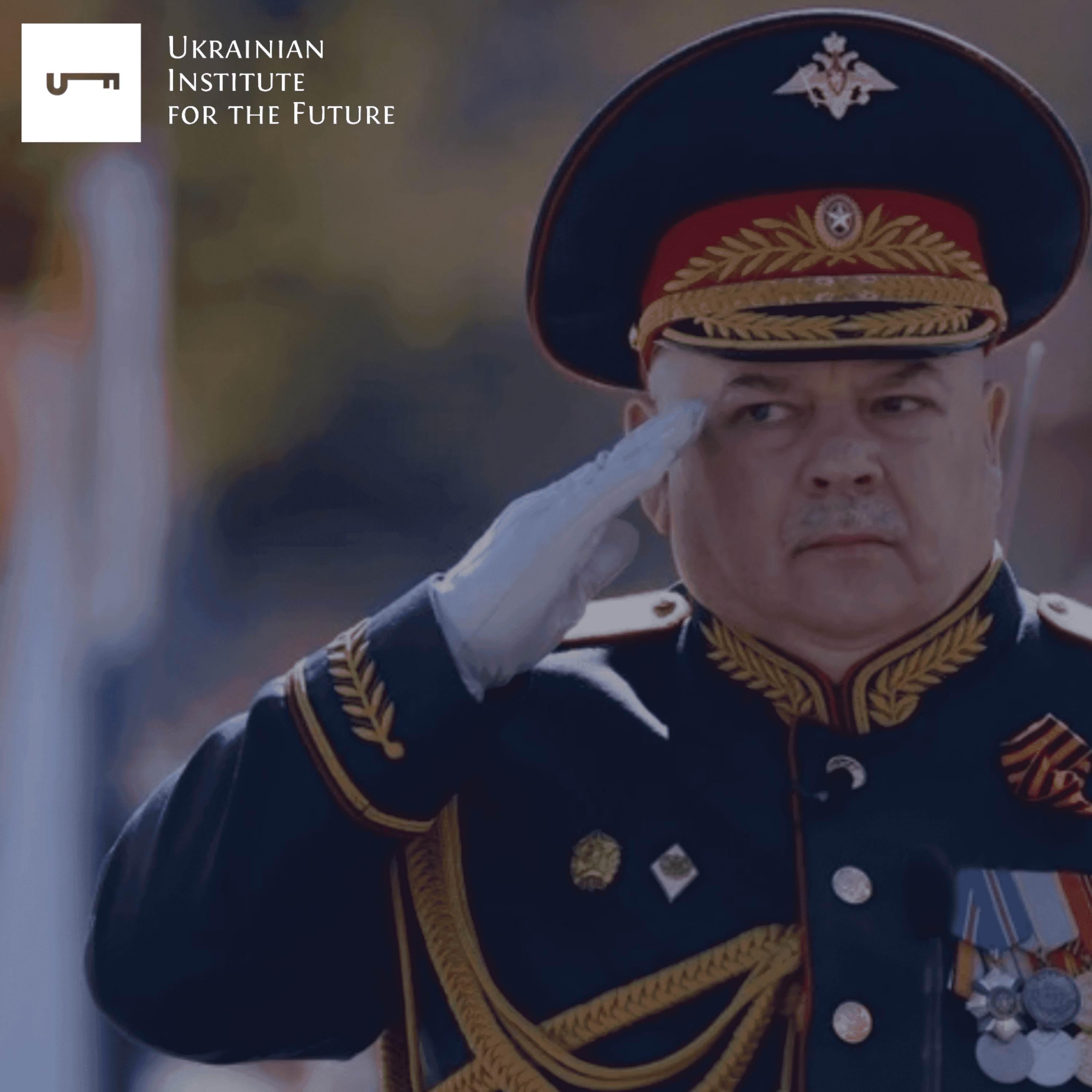 Russia is trying to transform a “special operation” into a “national war.”

So far, without any results.

Since the start of the full-scale invasion on February 24th, the word “war” has been officially banned in Russian information space. Its public use led to the individuals’ fine of 30,000 rubles and media blockage. However, with the announcement of “partial mobilization”, the application of this ban became selective – it still cannot be pronounced by the public. Still, it is now permissible to do so for the officials.

At the end of September, pro-government mass media in Russia received manuals designed to justify the mobilization. In its central argument, it proposed emphasizing the threat from NATO, which can be countered only “with all peace” in the “national war” format.

On October 22nd, Sergey Kiriyenko, the deputy head of the administration of the Russian president, responsible for policy in the occupied Ukrainian territories, said: “Russia has always won wars if these wars became national ones. It was always like that. We will definitely win this war as well. But for this, it must be a people’s war so everyone feels involved.” At the same time, according to him, it is not Russia that is at war with Ukraine, but NATO is at war with Russia.

On October 31st, in the same context, the leader of the PMC “Wagner”, Yevgeniy Prigozhin, spoke:  “The main thing that did not happen was the mobilization of the elites. Oligarchs and other representatives of elites lived in a state of infinite comfort and continued to live this way. Until their children go to war, there will be no full mobilization in the country.”

The celebration of the “Day of National Unity” on November 4th will be used to support the new narrative (if not the term “war” itself). “Such holidays, like any other demonstrations of support for a special military operation, currently have enormous political significance… This holiday takes on a completely different sound today – the people are united. And when people are united, they are invincible,” said political scientist Viktor Mizin. At the same time, this year’s celebration will be held with the slogan of “greeting new regions” (i.e., occupied Ukrainian territories). The events will be devoted to the consolidation and support of the families of the mobilized.

It is almost certain that the new approach will receive comprehensive coverage in the Russian media, but its practical implementation is questionable.

The longer this war will last, the less real support its gets, and this process was especially accelerated after the announcement of mobilization. This follows from the analysis of Russian sociology data. The traditionally direct but incorrectly posed question about “support for special operations” gives the expected answer of 76% who said “yes” in July and 73% in October. However, if respondents are given the opportunity to choose between the continuation of hostilities and the beginning of negotiations, the situation changes. If in August, 48% chose war, and 44% – negotiations, then in October, the ratio was already 36:57 in favor of peace. At the same time, the largest percentage of “hawks” are older men, who are less threatened by mobilization. Among those who risk seeing the war not on TV but with their own eyes, its support is less than 30%. Footage of hundreds of thousands of Russians fleeing abroad confirms the relevance of the data presented. On the other hand, there is no trend toward mass opposition to the regime either.

The number of Russian volunteers who went to war without a contract or mobilization is currently only 15,000 people (not including the PMC). This small number, which in absolute numbers is relative to the entire population of Russia, clearly demonstrates the degree of real support for the idea of the “national war”. The British Ministry of Defense intelligence believes that the Russian army can use “blocking units” to stabilize its forces at the front.

Thus, the idea of transforming a “special operation” into a “people’s war” seems hardly realistic. The involvement of elites in direct combat seems unreal, and a massive simultaneous population mobilization, like in 1941, is impossible due to the state of the Russian economy. In the future, it carries the risk of repeating the situation of 1917.

Therefore, Russia’s more likely response to military challenges will be to increase the military service to 2 years, which was announced on November 3rd by the Deputy Chairman of the State Duma Committee on Defense, Yuriy Shvitkin. After passing it, the soldiers will most likely immediately receive mobilization orders and go to Ukraine. This will not help Russia achieve a turning point in the war, but it will drag the hostilities for extended periods.

“Out of system” radicals decide on an algorithm of actions

The Russian press finally confirmed the resignation of the commander of the Central Military District, Colonel General Lapin. Major General Aleksandr Linkov, who previously was the head of Central Central Military District’s mobilization service, was appointed as temporary acting officer in his place. Moreover, the newly appointed Acting officer managed to participate in the meeting of the Russian president’s authorized representative in the Ural Federal District, Vladimir Yakushev, with civil activists.

Such personnel reshuffles resulted from systematic media attacks by Kadyrov and Prigozhin, while the latter is de facto engaged in using the PMC in the war against Ukraine. Today, both characters were not included in any influence group in Putin’s entourage but were used as “trustees” in very narrow directions.

The failure of plans for a short war, the discrediting of the military leadership of the Russian Federation, and the growth of radical attitudes created the prerequisites for strengthening the role of both Prigozhin and Kadyrov. Both got a chance to try to make their own influence group around the president of the Russian Federation — another “Kremlin tower.” The Kremlin is aware of the growing role (and danger) of the radical part of Russian society. But they do not currently have ready-made scenarios for the political neutralization of “radicals”.

Try to find your spot

Kadyrov, as a Chechen, had the slightest chance of becoming the leader of the “imperial”, “Nazi”, and other groups that have strengthened in Russia. Therefore, he tried to use the growth of radicalism as a starting position and take the place of a curator (or influential leader) of regional elites and the one responsible for ensuring political stability in the regions. His September thesis concerned the “mobilization of the regions” and the governors’ actions. However, he faced opposition from a group of technocrats (Gref-Kirienko), which is gradually monopolizing influence on the leadership of the subjects of the Federation and Sobyanin, who still control at least six regions.

Meanwhile, Prigozhin tried to establish his function as an “alternative Minister of Defense”, emphasizing the role of the PMC in the war. In fact, during August-early October, an advertising campaign of PMC “Wagner” was launched among the “soldiers”, when, against the background of the discussion of the Russian army’s failures, the “heroism” and “success” of the “orchestra” were emphasized.

Given the unsuccessful attempts to play an independent game and become leaders of the political structure for the “radical” wing of the Russians, Prigozhin moved to the process of entering the security forces group through attacks on the leadership of the Ministry of Defense and the appointment of “his” people to some positions.

In this process, he found situational allies from Kadyrov (whose attempt to play on the regional field failed) and Zolotov. The latter, with the beginning of the war (more precisely, after the failure of the plans for a quick victory) practically disappeared from the public field, demonstrated a distance from the army leadership, and carried out advertising of the Russian Guard as a controlled force. Zolotov has ambitions to strengthen his position dramatically and, having “switched” the military leadership, become one of the leaders of the “security forces” group. Given the common interest in reducing the influence of the army leadership and Zolotov’s good contacts with Prigozhin and Kadyrov, they created a “mini alliance”. The FSB can support him situationally. However, until a particular moment, Aleksandr Bortnikov is determined to maintain his influence and significantly strengthen it in the near future.

Therefore, Lapin’s resignation became the “minimal evil” for the leadership of the Russian army. The appointment of Acting Major General Linkov, who is not an adequate replacement for the former commander, is a forced compromise. The new Acting Major is positionally weak and will be ready to cooperate with Zolotov-Prygozhin-Kadyrov. But at the same time, the Acting status and the apparent inadequacy of the position provide the army leadership with the opportunity to restore the level of influence and appoint “their” people in the future, or people dependent on Bortnikov. Neither should the FSB’s game for strengthening be discounted.