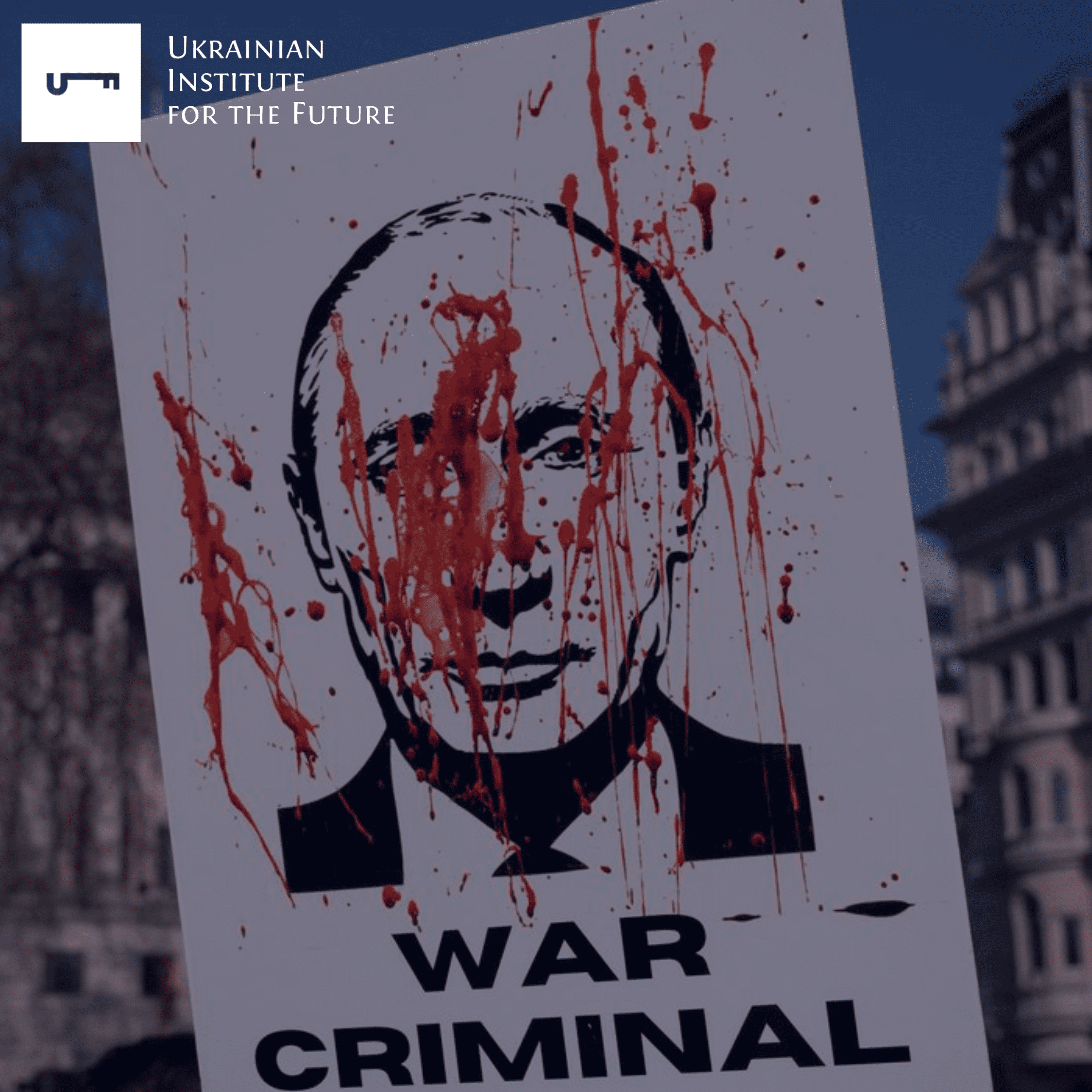 One of the week’s key events affecting Russia’s positions and interests was the 14th summit of the BRICS member states, which unites the world’s largest non-Western economies – Brazil, Russia, India, China, and South Africa. In the context of the war in Ukraine, this summit is crucial for observation for several reasons.

The first reason is that the war in Ukraine severely blew the old, primarily Western, world system. Polarization as a result of the war has exacerbated the strategic rivalry between the major powers – the United States and China, as well as at the regional level between the “new players” who want to play a more active role in global processes based on a multipolar world: India, Turkey, Iran, South Africa. Brazil, Mexico, UAE, Saudi Arabia, and others. This process forces countries to look for ways to strengthen their regional and global positions outside the traditional predominantly Western organizations and institutions.

The second is that in the conditions of the Russian-Ukrainian war, the “non-Western” countries of Africa, the Middle East, Latin America, and South and Southeast Asia are trying to avoid direct involvement in the conflict and joining one of the parties. As it was during the Cold War, a number of states that want to maintain neutrality while strengthening their positions in the region and the world have begun to look for acceptable options for maintaining equidistance and neutrality.

Third, the war in Ukraine and the West’s unprecedented sanctions against Russia have severely disbalanced the world system, leaving other countries questioning the reliability and consistency of Western financial and economic systems. The process often referred to as the “de-dollarization” of the world economy – the weakening role of the US dollar – erupted with renewed vigor after the war in Ukraine and sanctions against Russia, including the freezing and confiscation of Russia’s assets and Central Bank reserves. In this regard, discussions on the prospects for forming alternative non-Western financial and political systems have intensified again.

In the perception of many countries, the United States’ excessive and outspoken use of its influence on the world system through sanctions is a negative trend of over-politicization and ideologizing of the system’s instruments. In their view, the system can no longer play a stable and reliable role and be fair to all. Therefore, it needs to be changed in the long run.

The 14th BRICS Summit is a reflection of these three processes. Its essence was to find other ways to the autonomy of the conditional “non-Western countries”, reduce their dependence on Western institutions and instruments of influence, and create their own regional and supra-regional closed systems. And although this idea unites all BRICS countries in one way or another, their approaches and short-term goals differ.

The Russian Federation uses the BRICS platform mainly for domestic political purposes: to promote in the media the narrative of the “decline of the West”, as well as the idea of a quick and effective switch of Russia towards other alternatives to the West partners. This should create a picture of Russia’s involvement in global processes, which are supposed to lead to the collapse of the Western world order and the formation of a new balance of power, at the core of which will be Russia. Russia’s real capacity to generate and advance its BRICS agenda is limited, and Western sanctions are turning Russia into a medium-term player, which is not of interest to Asian countries that plan to strengthen their position globally. Russia’s ability to offer BRICS countries social innovation and technology is extremely slim.

On the other hand, China, chairing the BRICS this year, is promoting a more globalist vision of maximizing the reach and multifunctionality of alliances such as the BRICS or the SCO. In their view, the creation of alternative Western structures, institutions, and systems is a long game, and it requires the expansion of regional platforms in the Global South and East. To this end, China has decided to hold this year’s BRICS+ meeting, inviting the leaders of Egypt, Nigeria, Senegal, Argentina, Kazakhstan, Indonesia, Saudi Arabia, the UAE, and Thailand.

Finally, for China, the BRICS is a tool for advancing alternative geopolitical and geoeconomic projects as opposed to the American ideas of an enlarged NATO or Indo-Pacific alliance. While this goal is also relevant for Russia, which is waging a proxy war with the United States, obsession with Asia is not one of Moscow’s top plans, as their theater of operations is in Europe and is unlikely to go beyond Europe.

However, this does not mean the rapid marginalization of Russia’s role in the world and the region. Much will depend on the conditions of withdrawal from the war in Ukraine. Russia has already refocused part of energy exports (at a discount) to East Asian markets, attracting the attention of local buyers – India and China, in particular. In addition, while unlikely to be in the lead, Russia’s participation in alternative global governance and construction projects will allow it to receive additional support and opportunities to compensate for some of its losses due to the Western sanctions.

At last, Ukraine is present only superficially in the geostrategic calculations of the East and the South countries and, unfortunately, loses to Russia in many respects.

On June 21st, the Russian newspaper Vedomosti reported that officials and deputies seeking to work in the so-called DNR and LNR were being sought in the Russian Federation’s regions through the governors’ administrations.

On June 17th, the Government of the Russian Federation adopted Resolution №1099, “On Approval of the Rules for Determining the Amount of Payments Related to Business Trips in the Donetsk People’s Republic, Luhansk People’s Republic and Other Territories Necessary for Living and Infrastructure Restoration”. These rules provide for the payment of double wages and other expenses for the time spent in the occupied territories.

In addition to material benefits, posted workers are unofficially promised career advancement upon return. The tendency to appoint Russian citizens brought from Russia to senior positions in the occupation administrations has been observed before.

Russian officials have begun voicing threats against Lithuania, which allegedly restricts the transit of goods to Kaliningrad, stating its intentions to take “tougher” action. Lithuania, meanwhile, says it only complies with the European Commission’s decision on sanctions and ban on the transportation of certain Russian goods.

Despite all the threats, the bluff is obvious, and Russia will not take any military action against Lithuania now. However, traditionally, Russia can resort to energy blackmail. In a previous review, we have written about Russia’s plans and intentions to influence the EU market by reducing supplies.

One option for Russia’s pressure on Lithuania is the physical disconnection from the BRELL system – the zone of synchronous operation of the power systems of Belarus, the Russian Federation, Estonia, Latvia, and Lithuania since 2001. The physical disconnection of countries from BRELL may threaten the reliability of the Baltic energy system, not just Lithuania, and bring the risks of electricity shortages.

Lithuania declares its readiness for such a scenario and, on June 25th, prepares to conduct the relevant tests of th power system’s reliability when working in isolation.

According to technical estimates, despite the small surplus of installed capacity of the Lithuanian power system, on the day of peak winter consumption, due to the capacity structure, it will still be import-dependent; however, existing interconnectors will enable reliable operation of the power system. Therefore, there is a high probability that in the event of disconnection of the Baltic States from BRELL, the power system will work reliably.

In addition, the disconnection of Lithuania from BRELL will mean the transfer of the Kaliningrad power system to an isolated mode, which in the absence of overflows may lead to higher costs associated with the maintenance of the power system. Kaliningrad’s energy system is in surplus in terms of installed capacity, which was built with a focus on exports to the Baltic States. For this purpose, three gas and one coal-fired thermal power plants were built in the region during 2017-2020.

As of May 22nd, Latvia, Lithuania, and Estonia have effectively stopped using Russian electricity – due to sanctions due to potential risks, and the NordPool exchange has stopped settlements with the Russian counterparty. Later it was officially agreed by a tripartite agreement, which provided the refusal to purchase electricity of Russian origin from June 1st.

In addition to giving up electricity, Lithuania refused to import Russian oil and gas since May 23rd. In fact, Lithuania has become independent of Russian gas supplies since the start of the floating LNG terminal’s operation in 2014, as well as after the final abandonment of other purchases from Gazprom in April 2022. Thus, Russia cannot influence Lithuania with a gas lever.