» Доповіді, Новини » Putin`s nazism: a glance through the prism of psychoanalysis 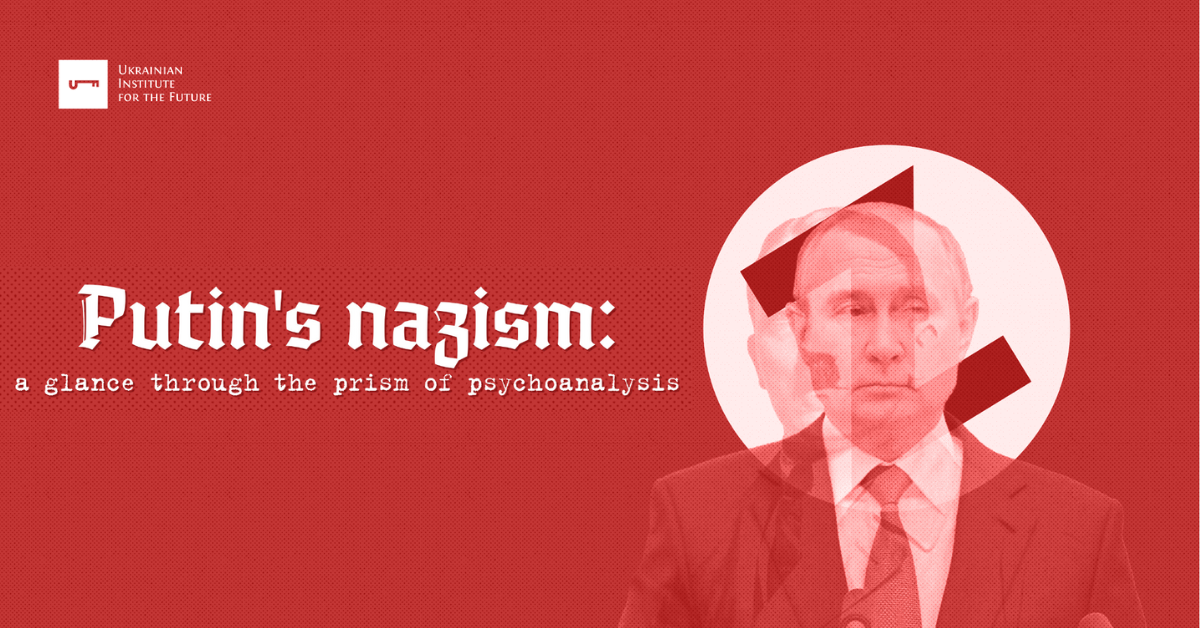 Why should Ukraine and the world get to understand the deep meaning of the “Russian world”?

For more than three months the main topic around the world has been the war waged by Russia against Ukraine. It was difficult to believe that in the XXI century’s Europe an attack on a peaceful nation was possible; it was yet more difficult to realize that Nazism, long forgotten as a sick dream, had engulfed a vast country. What’s different: Russian Nazis refer to themselves as “fighters against Nazism”, and they now have nuclear weapons.

It would seem that the lessons of WWII should help humanity unite and prevent Putin’s regime from continuing to commit war crimes. However, far from all politicians and even intellectuals are aware of the need to fight Nazism. How is it even possible after what happened in Bucha, Borodianka and Mariupol not to realize how dangerous “the Russian world” is?

What prevents the whole civilized world from fully opening its eyes to the essence of Putin’s Nazism? Besides such obvious reasons as obtaining personal and “geopolitical” benefits, there are also certain psychological gains: