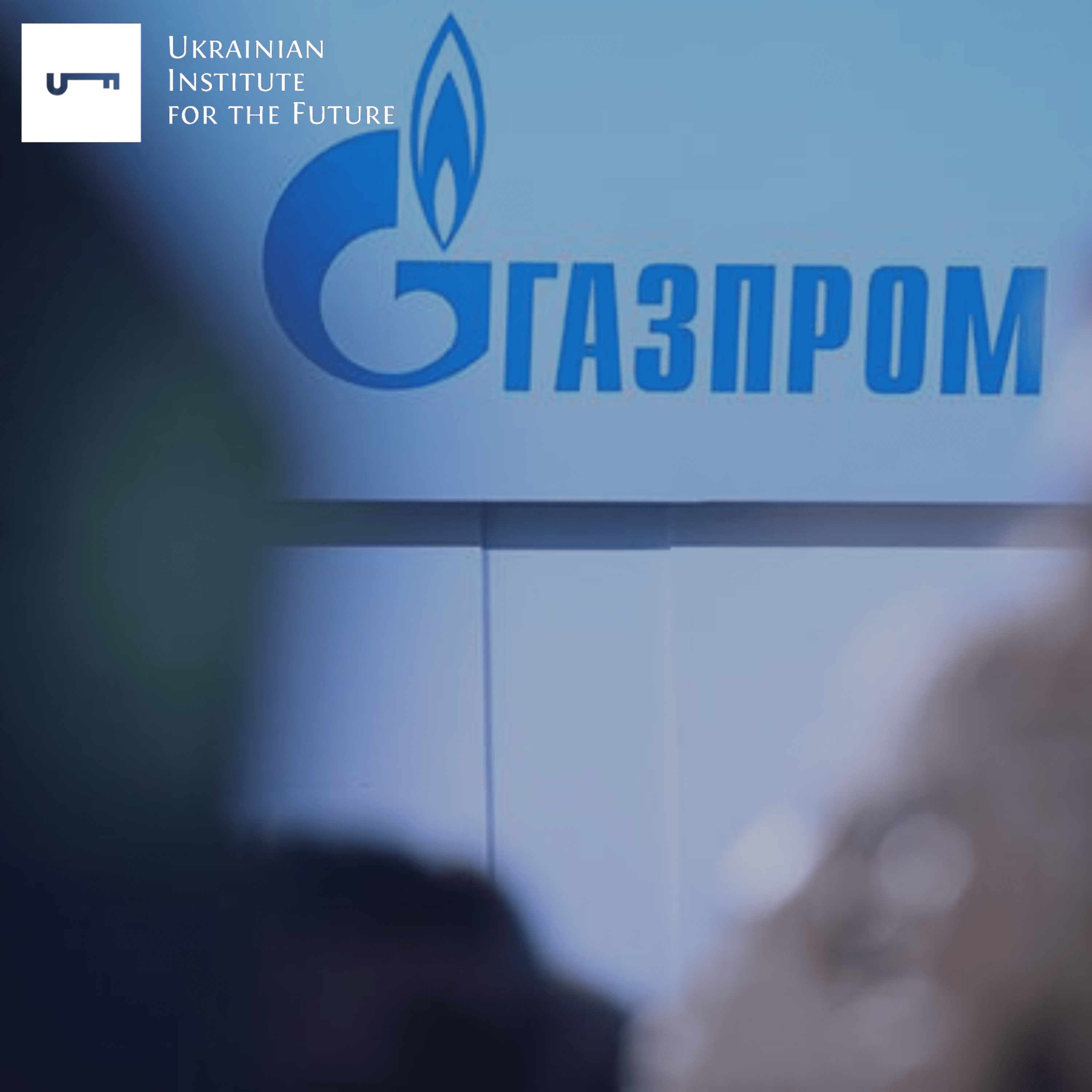 Events and trends in the Russian Federation of November 19th-25th

1. On November 23rd, the Russian gas monopolist Gazprom accused Ukraine of stealing gas transited through the territory of Ukraine to Moldova and threatened to reduce the volume of this transit. European gas markets immediately reacted with rising prices, and Ukraine denied all accusations by Gazprom. One of the critical benefits Gazprom and the Kremlin can get from such statements is a speculative increase in gas prices in Europe.

Based on the possible logic of attempts to provoke an energy crisis in Europe, a stoppage of gas supplies by Russia to the EU is possible in February or March, when gas reserves in storage will be small, and demand will still be high enough. The EU countries will experience a real physical gas shortage with corresponding consequences in this case.

2. Due to the general degradation of the system, the Russian Federation faced difficulties in implementing national projects, and now it needs the technologies and skills of employees. The Kremlin cannot afford to abandon the concept of “national projects”, as it will be evidence of the failure of domestic policy (errors of the authorities). As a result, areas that do not require a technological base and qualified personnel are filled with money. The projects presented as “breakthroughs” will be financed according to the residual principle, with a gradual decrease in the attention of the mass media to their goals and tasks. With this approach, even minimal success will be presented to the public as high performance.

On November 23rd, the Russian gas monopolist Gazprom accused Ukraine of stealing gas transited through the territory of Ukraine to Moldova and threatened to reduce the volume of transit. European gas markets immediately reacted with rising prices.

Ukraine immediately denied all accusations made by Gazprom. Thus, the operator of the gas transportation system of Ukraine explained that all volumes of natural gas intended for Moldova had been transferred to the ownership of the company of this country. At the same time, part of this gas is left in Ukraine’s underground gas storages in storage mode. The operator explained that Moldova had used virtual reverse since September of this year. Thus Moldova uses the possibility of gas storage in Ukrainian storage facilities.

The information about Ukraine’s gas transportation system operator was also confirmed in Moldova. Vice Prime Minister of Moldova Andrii Spinu stated: “The volumes of gas that Gazprom is talking about as subsidence in Ukraine are our savings and reserves stored in warehouses in Ukraine.” Currently, Moldova already has more than 200 million cubic meters of gas reserves in the storages of Ukraine and Romania. The head of Moldovagaz, Vadim Cheban, said: “Operators of the transmission networks of Ukraine and Moldova have always ensured the transfer of natural gas volumes specified in the confirmed nominations to Moldovagaz. This fact is confirmed by the monthly commercial acts signed between Moldovagaz and Gazprom, as well as between the transmission network operators of Ukraine and Moldova.”

This is not the first time that Gazprom has accused Ukraine of stealing gas: such a narrative was actively spread in the past decades, and in 2005 and 2008, it became one of the formal reasons for the gas wars. Nevertheless, Gazprom never managed to prove the facts of gas theft. Attempts to convince Europe that Ukraine is an unreliable gas partner were used as an argument for the need to build new gas pipelines bypassing Ukraine. Gazprom may try to spread such a narrative even now.

One of the critical benefits Gazprom and the Kremlin can get from such statements is a speculative increase in gas prices in Europe. Since European countries filled their gas storages, and the supply of liquefied natural gas exceeded the demand, natural gas prices fell, which immediately affected Gazprom’s income.

It is unlikely that Gazprom will significantly reduce or stop gas supplies to Europe via Ukraine in the near future. Such a move will affect the price but will not lead to a shortage of natural gas in Europe and a corresponding energy crisis since gas storage in Europe is full. Therefore, the countries of the European Union will be able to prepare in advance for the actual reduction of gas supplies.

Based on the possible logic of attempts to provoke an energy crisis in Europe, a stoppage of gas supplies by Russia to the European Union is possible in February or March, when gas reserves in storage will be small, and demand is still high enough. In this case, the countries of the European Union will experience a real physical gas shortage with corresponding consequences. The cessation of gas supplies by Russia if the natural gas reserve in the European Union is less than 25 percent of the nominal adequate storage capacity will mean a real shortage of natural gas on the market.

National projects in Russia: money instead of the future

The Russian leadership has been selectively cutting funding for several national projects. First, those that could (if successfully implemented) create a basis for the qualitative growth of the Russian economy go under the knife. At the same time, the funding of social assistance programs and the actual distribution of money are maintained. Thus, against the need to demonstrate an effective policy, the Kremlin chooses the formula “money instead of the future.”

Vladimir Putin, meeting with the mothers of the Russian “soldiers”, made a statement about the immutability of stimulating the development of the Russian Federation (and society) through national projects. But at the same time, he connected the implementation of such a policy through “joint work”, including with the course of the war – “But they can be implemented if we also together with you solve all the problems, all the issues facing the country – and within the framework of this special operation, and within the framework of our work days.”

It is noteworthy that a few days before this, Russia’s State Duma adopted the law “On the federal budget for 2023 and for the planning period of 2024 and 2025”, which provides for a partial decrease in funding for several national projects. So, for example, in the budget for 2022 (2023-2024 planning period), the amount of 2.88 trillion rubles ($47.8 billion) is planned. The budget for 2023 provides an amount of 2.84 trillion Russian rubles ($46.9 billion). But, given that the budget covers a three-year planning period, total spending on national projects, according to the Izvestia analysis, is reduced by at least 240 billion rubles ($3.9 billion). At the same time, the most significant cuts are in directions that can be connected in one way or another with creating a new framework for the Russian economy. In particular:

At the same time, projects involving direct payments to citizens (for example, a demography project) or the construction of social infrastructure (schools, hospitals) have maintained or increased budget funding. More funds are allocated for the repair/modernization of the road network.

At first glance, the strange situation with the choice of priorities is explained during the analysis of the implementation of national projects in 2022. Thus, according to the Ministry of Finance of the Russian Federation, the implementation of the mentioned “digital economy” project at the beginning of November amounted to 42.3% of the plan. The reasons for this are several factors:

Thus, despite the active PR of this project, its success raises doubts even among Russian politicians. The situation is similar to the national project “KPMI”, which involved work on the creation of new transport corridors and new logistical opportunities. Given the sanctions and the shortage of qualified workers, the project is irrelevant to the Russian elite.

At the same time, the Russian authorities must demonstrate “success” and “care for citizens.” As a result, the financing of projects involving the distribution of money from the federal budget (social assistance programs, material payments to the poor) and programs for the construction of social infrastructure has increased dramatically.

At the same time, the specificity of budgeting of national projects in these directions allows, in case of failure, to transfer responsibility to the regional authorities. Simply put, money from the Federal Center goes to the regions for pre-approved projects, the responsibility for the implementation of which is assigned to the head of the Federation Entity, which will administer the distribution of these funds. Thus, “saving up in financing” or failure in implementing such national projects allows the Kremlin, if necessary, to “choose” the guilty one from among the governors.