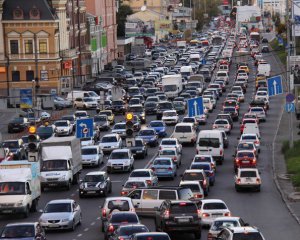 Since autumn, Ukraine has been planning to introduce the photo and video recording of traffic violations. Thus, they hope to improve safety on the roads.

First of all, the cameras will be placed in large cities, then – in emergency places of general routes, and later – on secondary roads. If control will be implemented systematically – they can cope in several years, told to Gazeta.ua 37-year-old Denys Monastyrskyy, an expert of the program of reforming the law enforcement and judicial system of the Ukrainian Institute for the Future.