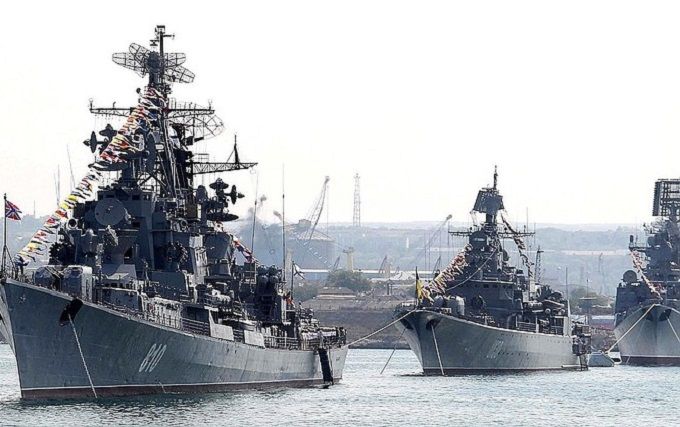 The Russian border patrol vessel of the 22100 project (Okean-class patrol ship), “Petropavlovsk-Kamchatsky” was seen during its transportation by river routes from Kazan through Rostov-on-Don to the place of permanent deployment in Novorossiysk. This is the fourth patrol vessel, which was transported by water to the Azov and Black Seas region over the past month.

In general, since 2015, the Russian Federation has strengthened the Black Sea Fleet from 53 units to more than 120. In particular, the plan is to increase the number of the units to 206 by 2020. According to the German weekly magazine Der Spiegel, this was announced by Commander of the Russian Black Sea Fleet, Oleg Vitko, in 2014.

Federica Mogherini, High Representative of the EU for Foreign Affairs, expresses her concern about the number of Russian fleet units in the Black Sea, but Russia does not pay attention to this.

Maybe it is time for Ukraine to strengthen its presence in the Azov and Black Seas?