» News » The Ukrainian response to crime and terrorism – simple proposals 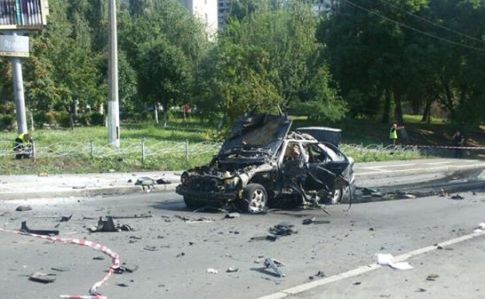 The danger from such phenomena as the growth of crimes with weapons and the explosions of special services officers in the cities of Ukraine is seriously underestimated.

If we talk about crime, then its increase and changes in character, on the one hand, are objective – war, crisis, illegal weapons market, etc. On the other hand – the use of crime (like mimicry of sabotage for ordinary crime) is considerably old, approved and successful practice of opposing sides. It is not even necessary to send specially trained groups, it is enough to supply local groups with resources and information and, thanks to this, provide 1-2 famous crimes per month. The result will be a mistrust of society to law enforcement officials and an increase in tension, which eventually can lead to a political crisis. Speaking about Ukraine, taking into account the number of weapons, there can appear the armed groups, each of which will try to “fight for order and justice” by their own methods. The thesis about “the safety of such self-organization of patriots” is not able to withstand criticism – each person has his own ideas about patriotism – Liberty activists, amber diggers and voters for the opposition bloc they all claim that they are patriots of Ukraine.

The explosions of special services officers – are already features of another order. Such crimes require special training and skills of performers. Such acts of terrorism demonstrate the inability of the state to secure the safety of those who defend this state itself.