EN RU UK
» News » “GAME OF THRONES” IN ITALIAN STYLE, OR WHAT THREATS CAN CRISIS IN ITALY POSE FOR UKRAINE 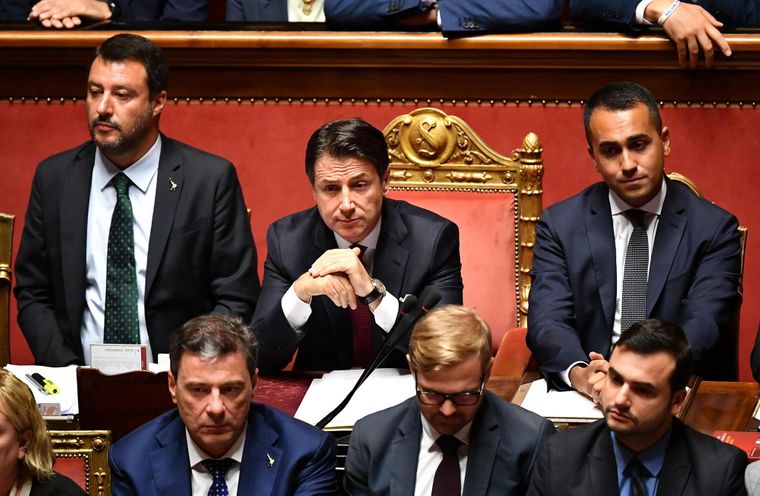 The Prime Minister of Italy and leader of the populist party the Five Star Movement (M5S) Giuseppe Conte has resigned on 20th of August. Before that, the Prime Minister managed to accuse his Deputy Matteo Salvini, the leader of the far-right party the League, of irresponsibility. Salvini, in turn, suggested passing a vote of non-confidence in the government of Conte.

What happened between former partners and what threats can the crisis in Italy pose?

League and M5S argued all the time and for different reasons. And after the elections to the European Parliament, when the League won first place, Matteo Salvini followed his ambitions and decided that he does not want to be a junior partner in the coalition.

Therefore, holding the elections after the resignation of Conte is an opportunity for Salvini to get rid of dependence from the M5S. Or even become Prime Minister, form a more stable majority with other parties, for example with the Berlusconi.

It is important to bear in mind that Italy has always maintained close relations with Russia, even during the era of Berlusconi. Salvini never made a secret of the fact that he was supporting the lifting of sanctions against the Kremlin and that he recognizes the Russian Crimea. This is a threat for Ukraine because the government led by the League will be more aggressive in the promotion of ideas beneficial for Kremlin at the European level.