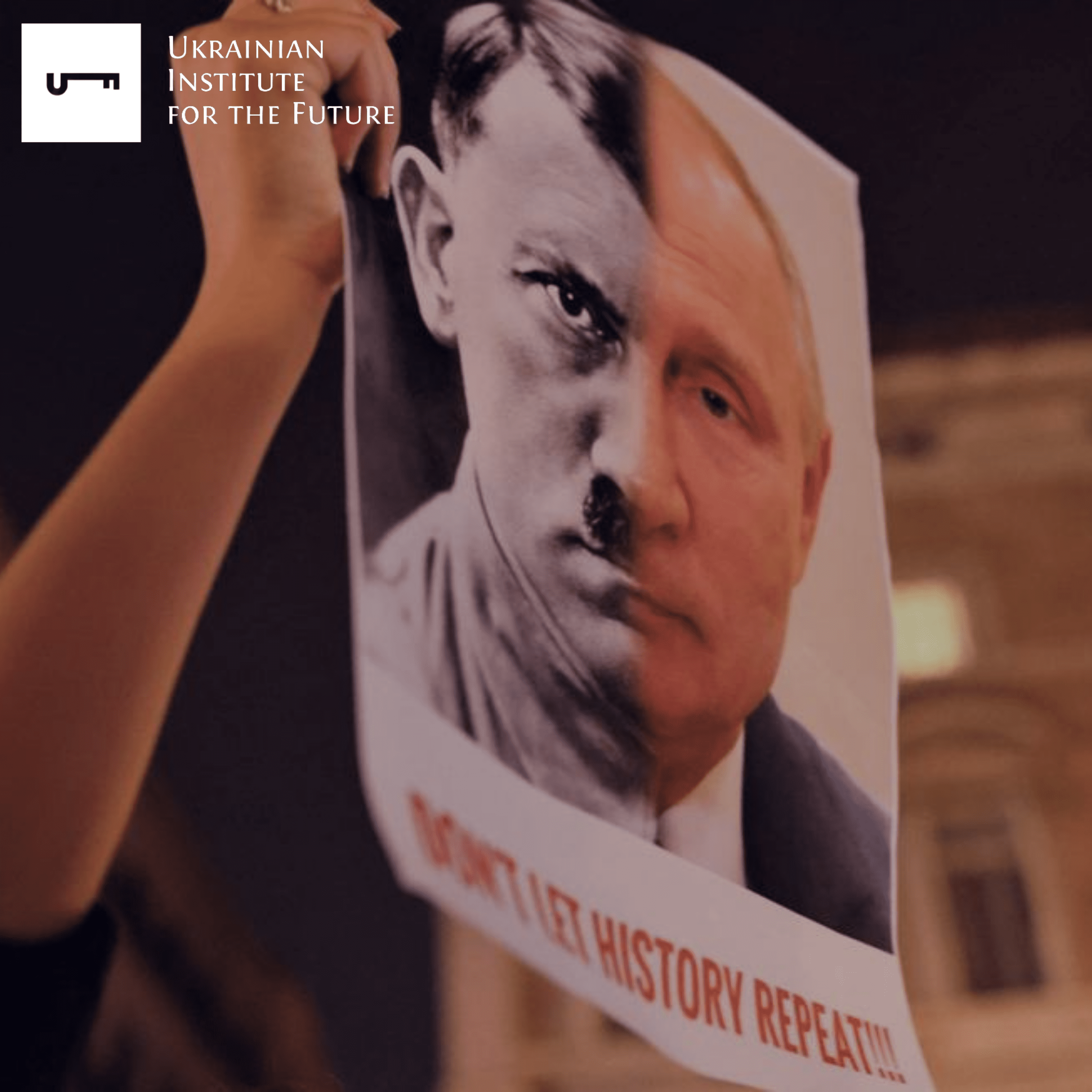 Prospects of the “peace in exchange for territory” agreement

After three months of hostilities, the Russian Federation has faced several problems. In the armed forces, much of its personnel is lost. At the same time, Russia’s officials are withholding an open general mobilization due to domestic political risks. A significant part of the latest weapons was used during the war-time hostilities, primarily cruise missiles. The consequences of economic sanctions are beginning to appear, and there is a threat of a partial oil embargo.

On the other hand, as hostilities drag on, the situation in the West, particularly in Europe, is becoming more complicated. Rising inflation, a rupture in trade and economic chains, rising fuel, food, gas, and electricity prices, the EU’s unwillingness to supply Ukraine with weapons in large quantities and in full, as needed for the front, and the threat of reviving national populist movements and groups, pushes European elites to reconsider their positions about the war in Ukraine. The European leadership is increasingly wondering how the war should end and at what cost.

In such circumstances, when it becomes clear that the war will be long and exhausting, both Russia and some Western countries are interested in signing a truce between Russia and Ukraine and concluding a broad agreement between Russia and the West on the step-by-step withdrawal from the economic sanctions.

In case of such a peace agreement, Russia may demand recognition of its sovereignty over the occupied territories of Ukraine along the lines of conflict. Russian troops intensified their offensive operations in Luhansk and Donetsk regions to reach both oblasts’ administrative borders. After that, a pseudo-referendum on the accession of these territories to the Russian Federation is likely to happen. Captured parts of Kherson and Zaporizhia oblasts may also be annexed.

Under this agreement, Russia may demand that Ukraine declares a neutral status instead of seeking NATO membership. This possibility was publicly announced in Davos by former US Secretary of State G. Kissinger. Over the past few days, identical proposals have been published, the essence of which is reduced to the principle of “peace in exchange territory”.

At the same time, as can be seen in recent weeks, the starting point for escalating discussions on peace and compromises is the issue of unblocking grain exports from Ukraine, i.e., the case of the global food crisis. In recent years, it has been exacerbated by the prolongation of the war and the concern of many countries in the West that the food crisis will lead to mass starvation and destabilize the situation in several world regions that depend on stable food supplies.

At the same time, Western negotiators do not take into account Putin’s key psychological trait: such talks will be seen by Putin as a weakness of opponents, which means that even in the event of a peaceful settlement, he will consider it possible to violate these agreements. This might happen in the relatively short term since his goal, at least in this war, is capturing Odesa and Bessarabia with direct access to Transnistria.

The internal Ukrainian situation must be taken into account: even the beginning of such negotiations can lead to a revolutionary situation and even chaos. Such a scenario is the least advantageous not only for Ukraine but also for the EU as a whole because the conflict can spread directly to the borders of the European Union.

In these circumstances, the priority of Ukrainian diplomacy is to preserve the unity of the coalition in support of Ukraine, timely obtain the necessary weapons, and begin preparations for an alternative scenario of a peace process that will take into account Ukraine’s national interests but would also be realistic in Western partners’ assessments. At the same time, it is categorically wrong to link any peace talks with the unblocking of ports.

Russia in search of electronics

UIF’s reviews have already touched upon the shortage of semiconductor products and electronics in Russia. The Russian Federation lost supplies from the USA, Taiwan, Japan, and EU countries in light of sanctions. At the same time, China, which could partially fill the market with its supplies, “pressed a pause” on this issue.

In light of this, the Russian government is trying to assess the possibility of a short-term stabilization of the situation at the expense of neighboring states and the re-profiling of some of its own enterprises.

Among the important news that defines the limits of Russia’s capabilities are such:

At the same time, the situation with the production of electronic products, both military and civilian, remains complicated. For example:

As for Belarus, the negotiations on cooperation between the enterprises of the Belarusian Gosvoenprom and the defense industry of the Russian Federation are worth mentioning. President Lukashenko proposed to involve the cooperated production capacities of several electronics enterprises and manufacturers of electronic warfare equipment. Separately, he dwelled on the “agreements” on cooperation in developing a missile for the Polonaise MLRS with the involvement of ammunition developers for the Iskander OTRK.

In light of sanctions, Russia continues to create financial and tax incentives to develop its own electronics industry. The lack of technological equipment is planned to be compensated by “smuggling” and more expensive supplies of used equipment under the “parallel import” program. In consumer electronics, restrictions on the volume of purchases in foreign online stores are actually removed.

At the same time, the lack of technological components has already created problems for the automotive industry, aircraft industry, and, of course, the military-industrial complex. The Russian Federation is trying to solve this problem by temporarily switching to the production of simpler (obsolete) models, mobilizing the reserves of its own industry, including the space industry.

The second direction is the search for “tactical partners”, a cooperation that will allow them to stabilize the situation in specific segments quickly; firstly, in the production of military equipment. Therefore, Russia is increasing the attention and pressure regarding the possibilities of cooperation with the Belarusian Gosvoenprom, which has its own technological developments in optics, optoelectronics, electronic warfare, and communications. Lukashenko sees the interest from Russia. On the one hand, he goes to a meeting and offers the capacities of several enterprises but only talks about placing orders and not about creating a joint venture (which Russia is interested in). At the same time, he does not mention areas and companies important for the Russian Federation. For example, the Radar Design Bureau produces electronic warfare stations “Groza”, which have demonstrated high efficiency of use (in Syria and Libya) against Bayraktar TV-2 UAVs and the American MQ-9 Reaper.

On the other hand, attention is drawn to information about possible cooperation in developing a long-range missile for the Polonaise MLRS. Applications for the admission of “Russian specialists” may mean a willingness to provide technical (and technological) documentation for the complex and a possible unification of ammunition with the Iskander complex. Or the establishment of the production of missiles for the Iskander OTRK at the Belarusian precision mechanics plant (Dzerzhinsk).

In the short term, Russia is unlikely to compensate for the shortage of electronics and semiconductors. This leads to the active work of the Russian government in the search for “tactical partners” that can improve the situation, at least for certain groups of goods. At the same time, in the post-Soviet space, Kremlin can pressure its partners to create a joint venture or sell their technology companies.

In the Belarusian direction, such a policy will find expression in attempts to intensify cooperation in the military-industrial complex. On the one hand, pressure on official Minsk will increase. On the other hand, Lukashenko will receive a topic for bargaining with the Kremlin. Statements of cooperation in rocket technology will most likely find expression in producing specific components for the Iskander OTRK missiles. The total provision of technical developments for the Polonaise systems is less likely since the Belarusian complex is based on the Chinese technological base. At least the consent of Beijing is required to disseminate technical and technological information.