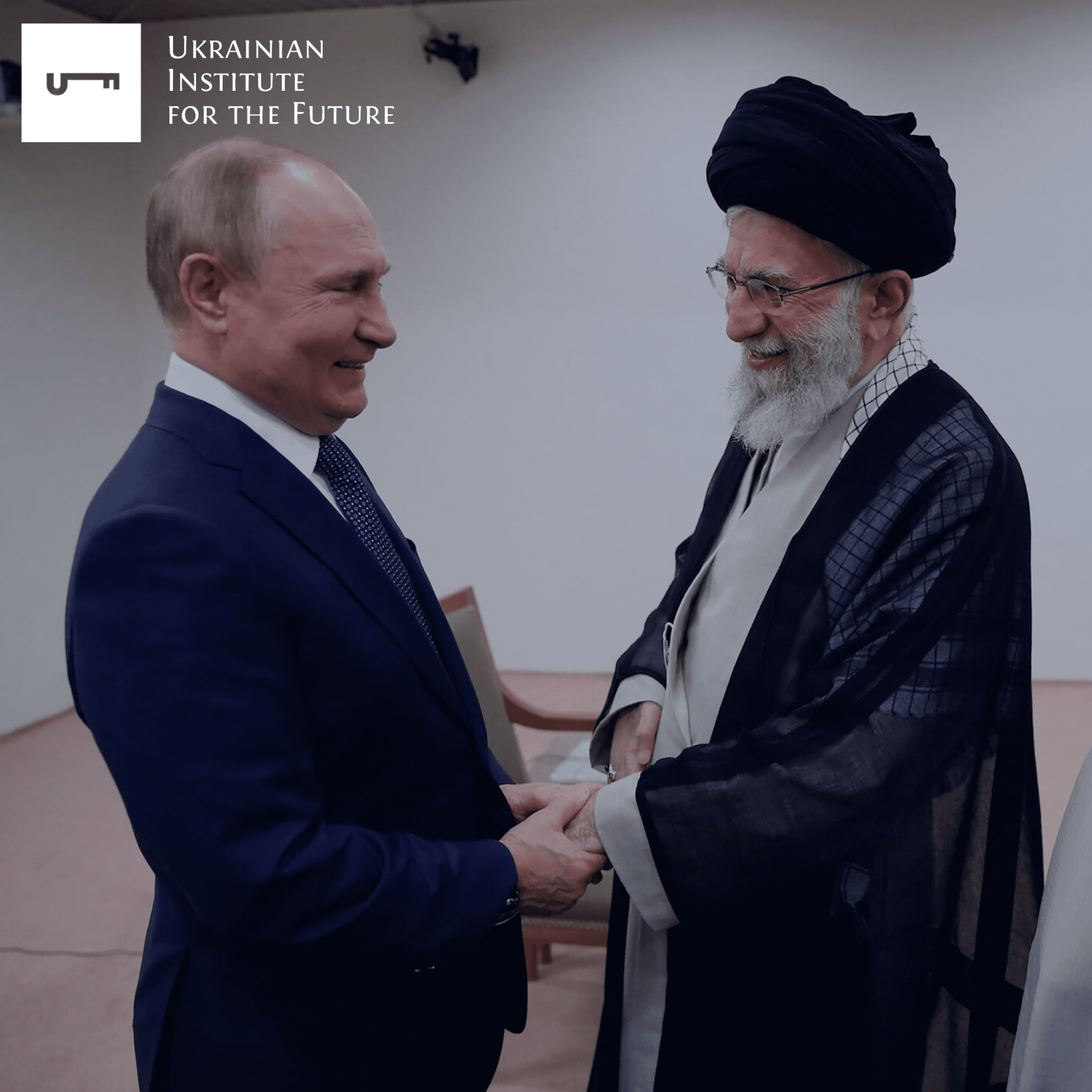 The Russian occupation forces have placed military equipment, explosives, and weapons in the engine room of one of the reactors of the Zaporizhzhya NPP, which could lead to a pan-continental nuclear disaster.

Despite the tension in waiting for a full-fledged oil embargo, the Russian oil industry does not feel this at the moment, and speculatively higher prices will only continue contributing to significantly higher incomes. Meanwhile, in Europe, Russian supplies have been replaced by oil from the United States and Saudi Arabia, and Russian companies are trying to hold on to the Asian markets.

The Kremlin continues its attempts to use gas as a form of blackmail. After Canada decided to return the turbine, the Russian Federation resumed pumping through the Nord Stream while hinting at possible further reductions in exports. Deliveries to Europe are 2.5-3 times lower than usual, and the storage facilities are almost full. Gazprom has to cut production. Therefore, it is possible to burn gas directly at the fields. At the current volume of supplies, the need for this will come no earlier than the beginning of September and October and may reach 14 billion cubic meters by the end of the year.

At the same time, Russia is starting to develop payment schemes for the supply of energy resources not only in rubles but also in the currencies of third countries – the Turkish lira, the Chinese yuan, the Emirati dirham, and others. This can be done as part of attempts to bypass SWIFT.

The oil market is under tension but without significant changes for the Russian oil industry. In June, the export of Russian oil decreased by 0.25 million barrels per day (mb/d) – to the lowest level since August 2021. And the export of petroleum products remained at the same level as in May – 2.4 mb/d, which is lower than in March (2.5 mb/d) and February (3.1 mb/d) volumes. According to official reports, in the first half of 2022, oil production increased by 3.4%, and the production of transport fuels – increased by 4.5%.

It is important to note that the Russian Federation stopped publishing operational information on the production and export volumes of oil, gas, and coal. This was done to “prevent the pressure on Russian energy companies.” However, this may be an attempt to hide the real impact of the sanctions, especially in light of the narrative pushed by Russians that sanctions do not affect the Russian Federation but only make Western countries worse.

The key reason for maintaining the volumes of Russian exports of oil and petroleum products remains the reformatting of flows on the world market due to increased imports by certain countries that buy the resource at a discount: China and India. Meanwhile, for the US, the European market became more significant than the Asian market for the first time since 2016.

During May-June, the Russian Federation was the largest supplier of oil to China, significantly weakening the positions of Saudi Arabia (by 30% lower volumes of supply compared to June 2021) and the USA (by 53%). However, the volume of Russian supplies to China in June (1.77 mb/d) was lower than the May record (almost 2 mb/d). And China’s total oil imports in June were the lowest compared to the last 48 months.

Despite the increase in supplies to India (estimated from 136,000 bar per day in March to 1 mb/d in June), a general downward trend has been observed in Asian markets over the past four weeks: after the peak of supplies in May, which took place after the increase of Russian supplies to Asia, starting from March, there was a drop in deliveries from the second half of June.

One of the reasons for this may be that the Asian buyers’ market is temporarily oversaturated with Russian record supplies, and the economic situation is not conducive to the faster growth of demand for oil in Asia. In addition, Iran and Saudi Arabia have a much smaller logistical arm of supply to India than the Russian Federation. Due to this, they have more opportunities to compete by lowering the price. Therefore, the potential of supplies to the Russian Federation is completely or almost exhausted and will not be increased.

Continuation of blackmailing Europe with gas: supply reduction and the environmental factor

From July 21st, Gazprom resumed supplies through the Nord Stream gas pipeline, but only at 40% of the pipeline’s nominal capacity. After Canada decided to return the turbine, Russian President Putin announced the possible need to put in another turbine unit for repair, which would reduce the pumping of the gas pipeline to 33 million cubic meters per day.

The Kremlin’s strategy is designed to limit the injection of the resource into EU gas storage facilities and cause panic in the markets due to rising prices and risks of gas supply interruptions in winter. If Gazprom does not change this approach, the daily supply will be 2.5-3 times smaller than the usual one.

But the significant limitation of supplies to Europe causes Gazprom’s gas storage difficulties. Russian gas storages are 81% full. Gazprom had to reduce production – as of mid-July, the reduction in production amounted to 10.4%. The noticeable decrease in production began in April-May.

Due to the reduced supplies to the EU, Gazprom can resort to:

If the volumes of supplies to the EU remain unchanged at the current level, Gazprom will not need to resort to gas burning until the beginning of September. If the scale of other solutions mentioned above is expanded, the burning can be postponed for approximately 1-1.5 months.

In other cases, incineration volumes may reach 8-14 billion cubic meters by the end of the year. If there is an even more significant reduction in the volumes of supplies to the EU, the volumes subject to incineration will increase. At the same time, the indicated volumes of gas burning are not unusual for the Russian Federation, which is a leader in this. In 2021, the volume of burned gas exceeded more than 25 billion cubic meters.

The Russian Federation has no experience in significantly reducing gas supplies to buyer countries for an extended period, and the actual drop in exports over the past two months is already a challenge. Possibly, part of the reserves mentioned above is already used and maybe even partially exhausted. In May, Russian oil companies requested an increase in the allocated limits for the burning of associated oil gas.

Therefore, the lack of experience with long-term gas export interruptions and the potential use of these reserves during the last two months suggests a complete stoppage of gas supply is unlikely. If it does happen, it will most likely be short-term.

Gazprom continues to disassociate itself from the dollar as the key currency in energy export contracts. The Russian Federation appealed to India with a demand to pay for oil in Emirati dirham, India has already paid for Russian coal in Chinese yuan, and Turkey will use ruble and lira, etc. This move is part of a quest to avoid using the SWIFT system. In addition, it will allow the Russian Federation to keep its dollar and euro in reserves.

Continuation of nuclear terrorism: the Russian army placed military equipment in the engine room of the Zaporizhzhya NPP

NAEC Energoatom reported that the occupiers had moved 14 pieces of equipment with ammunition, weapons, and explosives in the engine room of the 1st power unit of the ZNPP. The occupiers understand that placing equipment at the NPP “saves” them from artillery fire. However, the placement of equipment and ammunition on the territory of power units can cause accidents due to detonation, complicate the technological process or handling in emergencies (for example, preventing the movement of fire equipment), etc.

In the previous week, the President of the Russian Federation made his second foreign visit during the war in Ukraine, and the first one outside the post-Soviet space, to a tripartite summit of the guarantor countries of the “Astana Process” on Syria (Turkey, Iran, and the Russian Federation) in Tehran. In addition to the general meeting of the countries’ leaders dedicated to Syria, bilateral negotiations were held between the participants.

In general, this summit of Russia did not bring significant practical results. There were no serious agreements on the situation in Syria, and all countries remained in their positions. The only thing they agreed on was their joint condemnation of the US military presence, which is undermining their role in the region. On other issues, Turkey, Russia, and Iran remain situational partners and rivals in the struggle for influence in Syria.

Iran used this summit to the maximum, taking advantage of the weakening of the Russian Federation and their focus on the war in Ukraine, as well as Putin’s desire to demonstrate foreign policy victories. Iranians got from Russia an obligation to invest $10 billion in their oil and gas sector. At the same time, the Iranians refused to take on obligations regarding the supply of drones and the completion of the Sirik TPP from their own funds. In other words, Iran promised nothing but, at the same time, took advantage of Putin’s desire to obtain a diplomatic victory at his own expense.

Despite the lack of practical and long-term results, this summit demonstrated that Russia is actively playing on the anti-Western sentiments of various non-Western states, inclining them to the idea of ​​creating a common anti-Western front that would strengthen the position of the Russian Federation and also help Moscow avoid the isolation from the collective West. It is for this reason that the Russians are actively persuading Iran to stop conducting “nuclear negotiations” with the United States and to sell attack drones to Russia to show that the Kremlin has reliable allies and also to bring Iran under Western sanctions, forcing it to continue drifting towards anti-Western countries — Russia, China, Venezuela, etc. Potentially, this is a dangerous trend because as the global confrontation between the West and China intensifies, the Russians will have more opportunities to play on the sentiments of nationalist and anti-Western states in Asia and Africa.

In the same way, Russia plays on the anti-Western discourse, which is actively used in the policies of the President of Turkey, Recep Tayyip Erdogan. As long as Turkey remains in the “neutralist” camp and uses anti-Western rhetoric, it helps Russia to maneuver in the international arena and create the appearance of an anti-Western coalition that can allegedly become a united front against Western countries that support Ukraine.

The Tehran summit showed Russia’s limitations in creating such alliances. At the moment, no anti-Western front exists. Although Turkey, Iran, Russia, China, India, Saudi Arabia, and others share a common sense of resentment and revenge towards the West, they have very different views on how to deal with it and what approach to take. Russia is not a role model for these countries or a close ally for which they would be willing to take such significant risks as the confrontation with the West, or at least not now.