EN RU UK
» News » Nadiya Koval about the threat of pro-Russian candidate victory on the election in France: it will change the attitude towards Ukraine 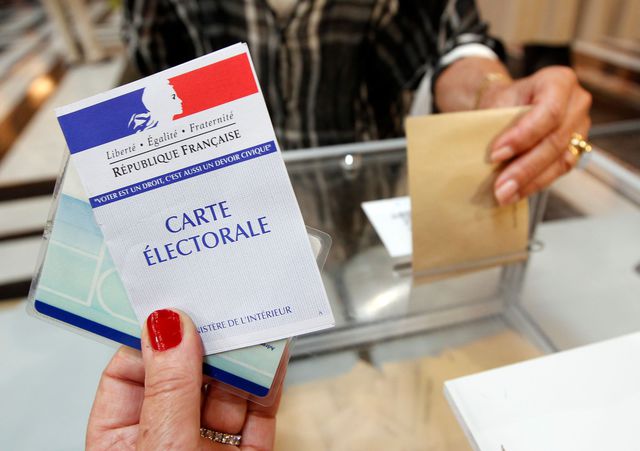 Expert in international politics of the «Ukrainian Institute for the Future» Nadiya Koval commented on the most headline-making events in the French and British politics and assessed their impact on the policy of Ukraine on the air at «Channel 5».

We will start with Britain. How interconnected in the context of Brexit is the announcement which was made by Theresa May, or, if not connected, what has led to such a statement? What is such a reboot needed for?

Actually, it is directly connected to Brexit, since at the end of March Theresa May officially handed Donald Tusk a letter announcing the beginning of a two-year process of British withdrawal from the EU. But she faced great resistance on this path, including within the United Kingdom, as she supports the so-called «hard» Brexit, i.e. a complete breach between Britain and the EU, and the creation of a new agreement between Britain and the EU eventually to determine the relationship. At the same time, there is notable disunity inside the UK and even inside Theresa May’s Party itself. She needs this «people’s mandate» in order to become the elected Prime Minister, as she became the Prime Minister in succession to David Cameron after internal manipulations of the Conservative Party.

How will she manage to implement it, given that even Brexit does not go «smoothly» among the British?

She has a unique window of opportunity now, in which she can insert these elections. Why is it unique? It is, because Theresa May’s announcement to the EU of the jump-start of Brexit process has activated some bureaucratic procedures in the EU, which will take two to three months at the max. In fact, none of the Brexit issues will be decided. For her, it would be very advantageous to hold these elections as soon as possible, and then to quickly form a new parliament, so that she can start negotiations about Brexit with the best support and strong position. On the other hand, the ratings of conservatives are fairly high – 44%, which is a lot, and her main competitors are those of the Labor Party, which has twice lower ratings; so chances are high.

Given the fact of how surprising the worlds’ policy currently is, these tendencies – are they trends? US election was a surprise; French election will be held in a few days, but it is also a surprise as there are many favorites, and it is not necessarily the case that someone else doesn’t appear. What role might this effect of surprise play in Britain?

It is generally very interesting because the year 2017 is a year of major election: in France and in Germany. Nobody expected that there will be election in one more large EU country. Moreover, Theresa May has promised not to hold early elections, but she is doing it. As for surprises, it is exactly what the forces which resist Brexit hope for, primarily that is the Liberal Democratic Party, which wants to consolidate all of these forces; and they, on the one hand, do not want Brexit to happen and, on the other, are disappointed in Laborites and not want to vote for them and to improve their result.

Currently the Liberal Democrats have only 10% of votes. But they hope that with this platform it will be possible to somehow alleviate the situation, not to tear the ties with Europe sharply, and to keep some of those. They will try to either join the government with further aiming at considerably changing its position, or possibly to form less stable coalitions.

How big their chance is, given the 10%? Their reckoning upon the possible change probably is based on accumulating resource of those who opposed Brexit at first, but turn a blind eye to wink at the core problem?

What is it possible to agree upon, and what can the British and Ukrainian presidents count on in this situation? Generally, is Britain interested in communication with Ukraine, and about what?

Overall, Britain has issues to communicate about with Ukraine. In general, among all the European countries Britain is among the ones we have the best relationships with. Cooperation in security sector, training of the Ukrainian soldiers, provision of certain materials to the Ukrainian army, – that means that regardless of Brexit the bilateral relations are developing very positively. We had a visit of the British Prime Minister, Boris Johnson, during last fall, so there are things to discuss.

Just to discuss, or some kind of cooperation in some areas will be established?

I think that the cooperation will be expanded in some areas; maybe the economic ties will be somehow strengthened, and maybe there will be discussions of possible ways of further relationship between Ukraine and Britain after Brexit.

We here constantly talk about Brexit because it is tightly connected to the early election. Yesterday the guests of the studio even spoke of a possible Frexit – in a result of the elections in France. This is despite the fact that three of the four leaders have leftist views, and some are very radical on the European future of France. How far can the French choice go?

It is extremely interesting, as two of the main candidates so far had a very clear pro-Frexit position. Those are the right-wing candidate Le Pen and the radical left candidate Jean-Luc Mélenchon. But they realized that this idea is not very popular in the French society and so they softened their position. Earlier, Marine Le Pen said that France should exit the EU, restore national sovereignty, withdraw from the Eurozone, and restore the franc. Now she speaks very carefully that maybe after she becomes the president she will firstly hold a referendum (like that of the Netherlands), will collect signatures for this referendum and will ask the French people’s opinions on whether they want it or not. They do not risk directly declaring that, when I become the President I will launch Frexit process. Similarly, just a few days ago Mélenchon started saying that he did not mean that right now they must withdraw from the Eurozone or the EU, saying he was misunderstood. «I think we should sign new agreements with the other EU countries, to make the EU more committed to the common citizens…», and similar rhetoric; but there is no talk about a direct Frexit currently, they all want to collect as many votes as possible.

What cause the change of rhetoric? Was it the fact that the French are trying to more carefully express their electoral preferences?

These both are the radical candidates, they have a certain core of supporters, but at the same time they fear that it will not be enough, so they try to win over more people – those who are more moderate in their preferences. Therefore they so to say water down this rhetoric. This can be seen as a pre-election trick or simply as a strategy to obtain more advantage in the first round.

Le Pen and moderation – it is a sort of oxymoron, isn’t it?

Yes, but she needs the votes. If she maintains only the radical views, she will of course get all the voices of her core supporters, but this may not be enough to become the President of the Republic. Therefore, at least during the presidential campaign they make some controversies softer.

How high are the chances of Macron and Fillon?

Currently, Mr. Macron topped the ratings before the first round, before the yesterday’s round he overtook Le Pen by one percent. Fillon also does not give up, although many ‘buried’ him after a corruption scandal in January; but the right-wing forces have decided that they will vote for him no matter what, and his 18-19% remains.

Why is it so difficult for the French to determine their preferences? They hide the preferences, or is there none among the candidates whom they would totally desire to support? So far, there are not one or two leaders, but four, isn’t it?

This is a sign of certain confusion inside contemporary French society; people are not sure about a direction to move forward. They can choose a candidate who promises they will retain all privileges and the profound French social security, a right for a secure job, on one hand. On the other hand, this rigid social security system considerably puts back the French economy, and it declines. Or they can vote for a more radical candidate, for example, Fillon, who promises to radically cut the number of state employees, reduce taxes, social security etc.. And it is very difficult to choose between these options as in any case there will be losses. Additionally, on the one hand, there is a large number of French who want if not to withdraw from the EU – then at least to see some other union in Europe. On the other hand, it is very scary: say, here we go out the EU, and what if it becomes disastrous for France? There are a lot of such dilemmas, it is difficult for the French voters to determine their preferences, but they are slowly doing it. A month ago it was 60%, now – 72%.