EN RU UK
» News » At the Ukrainian Institute of the Future, a debate on opening a land market took place 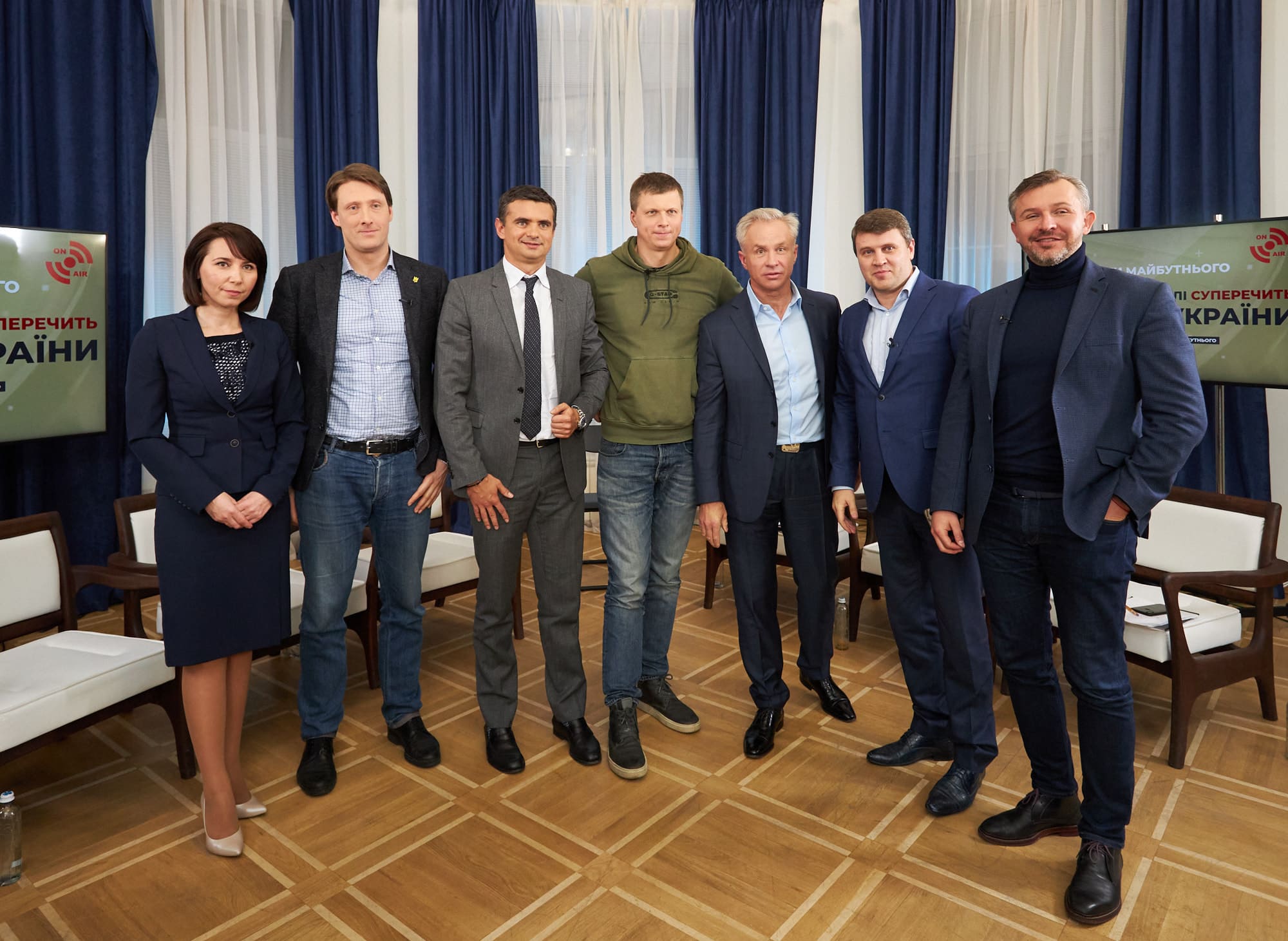 On Wednesday, March 4, the second “Debate of the Future”, organized by the Ukrainian Institute of the Future in the classic format of the Oxford Club-style discussion forum, took place. This time the topic of debate was no less provocative than the first: “The opening of the land market is contrary to the interests of Ukraine.”

The topic of opening the land market is very topical, as the Verkhovna Rada is discussing and amending the Land Market Law, which was approved in the first reading. However, the issue of lifting the moratorium on land sales still raises a flurry of emotions.

Opening the debate, co-founder of the Ukrainian Institute of the Future, Igor Lisky, stressed that the debate over the issue of opening the land market has been panned by politicians, economists, experts and public activists for many years.

“On November 13 last year, the Land Market Law was voted in the Verkhovna Rada. Discussion and editing of this document is ongoing. However, there are many questions as to whether opening the land market will lead to the purchase of Ukrainian land by foreign capital, which will leave Ukraine without its own producer of agricultural products? On the contrary, it will activate the economic growth of the villages and protect against the shadow schemes of unit-holders, who will be able to obtain much more money than they currently receive for rent. We decided that this issue needed a reasoned discussion on the walls of the Council and other venues, so we invited real experts on this topic – business representatives, politicians and experts – to the Debate of the Future, ”said Igor Lisky.

The debate was also joined by the Presidential Commissioner for Land Affairs, Roman Leshchenko, who stressed that the main goal should be the subjectivity and the shadowing of the agrarian market, since billions of US dollars are in its shadow. And this requires rules of the game: to make land and agrarian reform in the Kremlin with the de-shadowing of those resources that will later go to a special fund to support the agrarian sector.

In addition, Leshchenko said that the work of the Ministry of Agrarian Policy will resume next week.

Representatives of government, business and experts spoke at the debate. They actively defended their position on the opening of the land market.

The speakers behind the panel supported the main point of the debate and argued that opening up a free land market under the bill currently proposed would lead to the purchase of Ukrainian land by foreign capital, which would leave Ukraine without its own producer of agricultural products. Speakers of the AGAINST panel disputed this claim and stressed that the appearance of large investors is stepping up the economic development of Ukrainian villages.

So, Vadim Ivchenko, deputy chairman of the Verkhovna Rada Committee on Agrarian Policy and Land Relations, speaker of the panel “FOR”, said that today it is necessary to say what land reform Ukraine needs. Land reform should involve as many people as possible (in terms of job creation) in the agricultural sector, as many young people as possible, including the agricultural sector. It is necessary to talk about conservation of villages, eco-landscapes.

“If we want to preserve our land and build an agrarian system that will allow everyone to work and create business on an equal footing, it is only in the interests of national interests not to lose their national treasure, to have a dialogue about possible rules for opening the land market. that Ukrainians received from nature. First of all, land turnover should occur among agricultural producers. The land should not be allowed to people who are not going to engage in agriculture, and who, having millions of dollars in their declarations, can buy a large amount of it, ”Vadim Ivchenko said.

Olga Khodakivska, deputy director of the National Science Center of the Institute of Agrarian Economy, speaker of the panel ZA, supported her colleague and noted that the current version of the bill on land turnover is contrary to the interests of Ukrainian society.

“We are manipulatively trying to get into the discussion so that we discuss the area of ​​land that can be acquired by one person, the subject composition, and so on. That is, parts that are derived. Today the main discussion should be around the fundamental fundamental principles: the future of agriculture, what agrarian system we are building, what the Ukrainian village will be after the implementation of this or that reform, the place of the person in this process, which we want to see Ukraine. On this basis, there should be restrictions on the subject composition, area of ​​land, stages and so on. The main way to dispose of your land is to get the right to own it. Create your own business so that the owner of the land unit can cultivate the land, work with his family, provide himself with a stable income ”, – said Olga Khodakivska.

Anatoly Amelin, head of economic programs at the Ukrainian Institute of the Future, speaker of the AGAINST panel, argued against his opponents, saying that the emergence of large investors will activate the economic development of Ukrainian villages.

“When we talk about opening up the land market, we are talking more about lifting the moratorium because the shadow market was, is and is actively developing. Now it is a matter of lifting the moratorium on the land which was obtained by the owners as a result of the soldering of the land of collective farms and state farms. And that’s 7 million Ukrainians. After receiving the land, they received the property without the right to dispose of it. This makes Ukraine not a civilized country at all. It is about giving Ukrainians the right to be the owners of their property. It is up to you to decide what to do with your land, ”Anatoly Amelin said.

Prime Minister for Economic Affairs Advisor Oleksiy Mushak supported his colleague and said that land reform is rights and respect, money is now and opportunities in the future.

“We say that investments must come to Ukraine. Investment is not possible without investment protection, which means ownership is respected. It is impossible to get respect for the property rights of large and medium-sized businesses without respect for the property rights of the average Ukrainian. Land reform generates an additional $ 1 billion in budget revenues. In terms of opportunities, we are talking about a record harvest, but we are not making money. With $ 1 billion, we can stimulate opportunities in the future, ”said Alexei Mushak.

Yuriy Kosyuk, founder and CEO of Agroindustrial Holding MHP (Myronivsky Hliboproduct), also opposed the taking away of the fundamental right of people to dispose of their property.

“I’m a liberal at heart. I think that if people restrict their property to their disposal, and in this case it is a matter of land, then this will reduce the value of that property. In my opinion, society is unfair to the owners of such property. In general, I am in favor of a free land market, ”Yuri Kosiuk expressed his point of view.

The main outcome of the debate was that the majority of those present in the hall supported the land market that already exists! The most controversial question was what it should be. So the question of what should be the rules governing the sale of land in Ukraine is still open …

The debate was moderated by renowned journalist, television and radio host Alexei Burlakov.