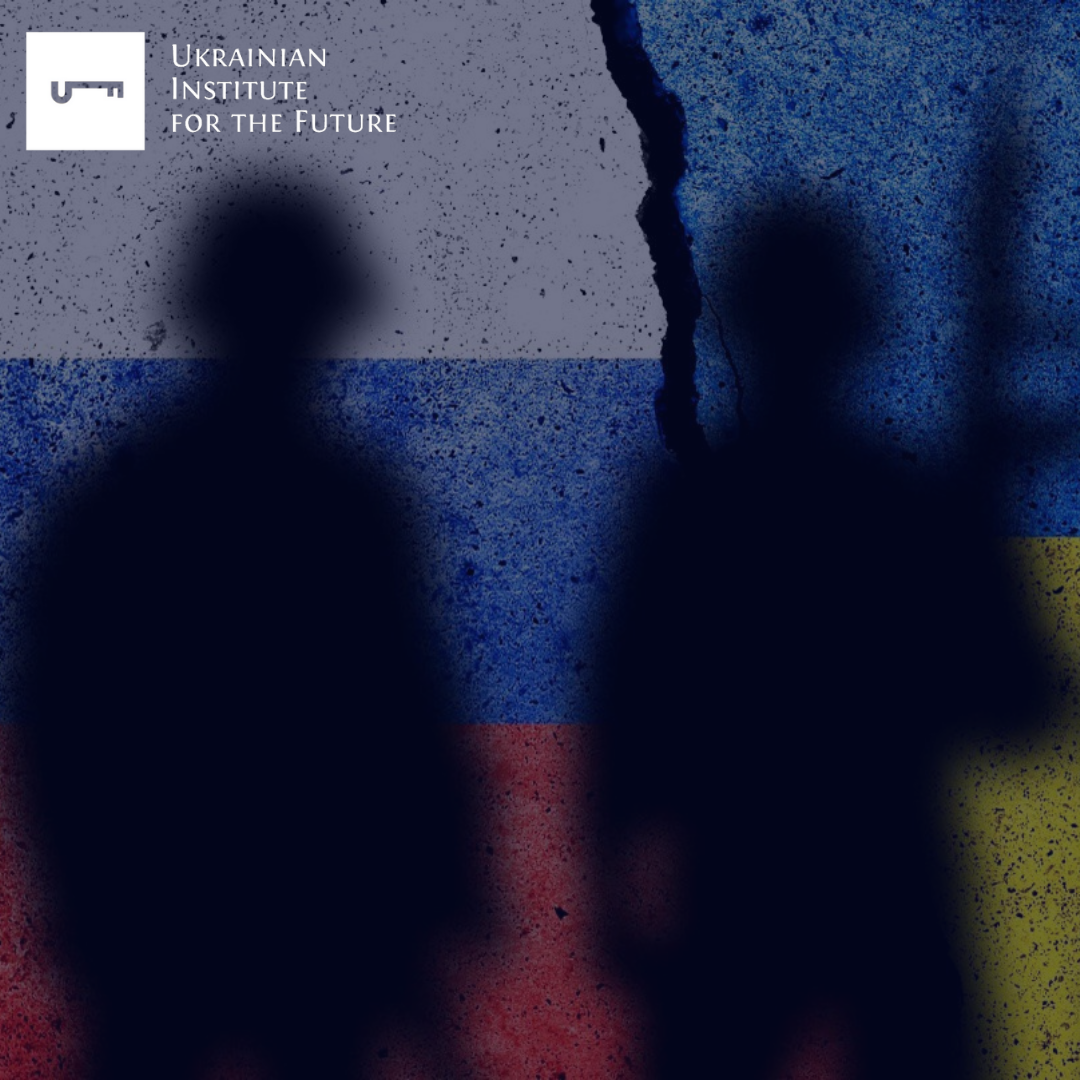 1. Downfall of governors or reshuffle in Russia’s elites

Previously, the Ukrainian Insitute for the Future emphasized that the reshuffle in the Russian elites had begun, which manifested in Surkov’s transfer to the shadow and the transfer of Dmitriy Kozak’s functions (in the Ukrainian direction) to Sergey Kiriyenko. Yet, we mentioned it without the actual formalization of events, such as, for example, Putin’s decree. We have concluded that the new appointee will audit the previous policy of Russia’s influence on neighboring countries. The beginning of this process can potentially weaken the influence of Rosneft, led by Igor Sechin, and a possible change in the core of “methodologists” in determining the policy of the Russian state.

Last week’s events have confirmed our forecast – despite the lack of formal status, a group of conditional technocrats (including Kiriyenko) is beginning to strengthen its position in Russia. Sergey Kiriyenko himself is starting to acquire subjectivity in the Russian political field.

All these news are manifestations of one process. The change of governors in these areas is unlikely to be associated with failures in the region’s development. All five subjects of the Russian Federation are classic “middle peasants” in terms of key economic indicators. For example, the average salary of the population there fluctuates no more than 61-71% of the average Russian level. This is a standard figure, given that higher incomes are only in the north of Russia, the mining regions, and Moscow and St. Petersburg.

However, given the Kremlin’s previous policy of reducing the influence of Russia’s regional elites and the massive rotation of governors from 2012 to 2018, it is crucial to analyze the ties between both the leaders of the Federation and those who succeeded them.

The continuation of the Kremlin’s practice of sending “paratroopers” as leaders of the regions is noteworthy. After 2010, most appointed governors were from the other regions and, consequently, had no ties to local nomenclature clans. But all of them, after 5-6 months of being in the status of “acting”, surprisingly won the election. These appointments were no exception – the “paratroopers” were replaced by the second wave of appointments. The exception was the Saratov region, where the equivalent influence of two key state-owned companies (whose leaders are the competing nomenclature groups) – “Rosneft”, “Rosatom” (and “Rosset”). Therefore, local elites in the region are already part of all-Russian groups rather than an independent group. The new appointee, Roman Busargin, previously worked in the regional government and dealt with housing, fuel, and energy: just at the intersection of the interests of Rosneft and Rosatom.

The other four new appointees, one way or another, are linked to a conditional group of “technocrats” around Putin (Gref, Kiriyenko, Nabibulin, Siluanov, Mishustin, and others). Three of them are graduates of the School of Governors, which was founded on the initiative of Herman Gref. The acting governor of the Kaluga region, Avdeev, graduated from the “first set” of students, during which the head of “Sberbank” was engaged in the selection of candidates.

Pavel Malkov’s candidacy in the Ryazan region is also interesting. Formally, the appointment of the former head of Rosstat as an acting governor could be considered a reduction. But in reality, it is an increase in influence, given that he will be a member of the State Council. In this regard, it is worth mentioning that the beginning of his career growth in the civil service (in the Ministry of Economic Development) Malkov owes primarily to Elvira Nabibulina and Alexei Ulyukayev. Therefore, Ulyukayev himself, who was convicted due to the conflict with Sichin, was released on May 12th, a week after Sergey Kiriyenko’s appearance on stage.

Thus, 10-12 days after Kiriyenko was sent to Ukraine, sharp strengthening of the “technocrats” group and weakening of the influence of Sechin’s group (which also includes Sergey Chemezov, Alexei Miller, Dmitry Medvedev, and others) began.

At this stage, it is too early to conclude the scale of the process. After strengthening Kiriyenko, the first personnel decisions show that he is trying to expand the base of his support in Putin’s entourage, promoting the “right” people to positions with real leverage to influence the situation. But given that the politician has overseen all recent election campaigns in Russia, today, he acts as an “auditor” of the Ukrainian direction in Russian politics.

The appointment of new governors and the dismissal of Ulyukayev testify to the desire of a group of conditional “technocrats” to increase their influence. At the same time, its new “leader” will most likely be Sergey Kiriyenko. In the long run, he may take over the functions of “methodologist” of Russian politics, especially since it has been from Kiriyenko to Surkov has been in charge of electoral campaigns for the last four years.

However, it is still too early to talk about a large-scale redistribution of spheres of influence in Putin’s entourage. Kiriyenko is conducting an “audit” and trying to strengthen his position. To put adequate pressure on other nomenklatura groups, he needs to at least make recommendations in the Ukrainian direction and strengthen his “rear” – appointing 5-7 new governors and promoting people close to him in the Russian government. This process can take from 2 to 3 weeks to a month.

Among the regions where possible changes in leadership should be monitored are the areas managed by Rosneft’s protégés (except for oil and gas production regions) and the Federation’s entities with the largest share (in terms of population) of recognized losses in the war with Ukraine.

It can be argued that Sergey Kiriyenko has begun to strengthen his position and acquire subjectivity in Putin’s entourage.

2. Deaths in Russia: which regions of Russia are most affected by the war in Ukraine?

According to Rosstat data on the population, it is possible to deduce the top-10 regions in casualties per 100 thousand inhabitants. Here is the list:

For the balance, we also indicate those regions that were least affected by casualties (or those where casualties were least recognized and the ratio to population is minimal). The leaders of the list are the Nenets and Yamal-Nenets Autonomous Districts. There have been no recognized corpses in the regions (although men may not have been drafted into the army from those regions).

If you follow the recognized losses, it is the number of casualties per unit of the population that affects:

An important caveat to this research is that there is no hope for problems in Russia yet – the threshold of sensitivity is too high. But it would be possible to focus the efforts of the Ukrainian Center of Information and Psychological Operations (a part of Ukraine’s Special Operations Forces) in the selected regions (those where their residents see corpses).

3. Russia could lose up to 2 million jobs

Economic sanctions imposed on Russia are forcing Western companies to leave the Russian market one by one or to announce a shutdown.

According to Bloomberg, unemployment in Russia in 2022 could more than double and exceed 9% for the first time in 10 years. According to experts, about 2 million jobs are at risk. However, so far, employers say they “do not want to fire anyone.”

Yes, some foreign companies take time out without laying off employees:

Despite the suspension of companies, the head of the Russian Ministry of Labor said that currently, the situation in the labor market is relatively stable, and the number of unemployed in the country is not growing.

However, this does not mean that issues in the labor market can be avoided.

Bloomberg experts believe that the crisis in the labor market will develop gradually: instead of layoffs, the companies, under “pressure from the authorities”, may begin to reduce wages, transfer employees to part-time work or send them on unpaid leave.

Russian experts also believe that unemployment will rise, including hidden, and the state will actively use shock absorbers to contain it. The system-building enterprises will switch to the so-called subsidized employment, where the state will pay extra to the employees of such enterprises and will reduce them last. Some companies will transfer staff to a reduced working day and send employees on leave either at the employer’s initiative or the employee.

It is also possible to use the mechanisms tested during the pandemic: facilitated entry into unemployment, when assistance is granted immediately after registration, surcharge to unemployment benefits at the expense of the Federation, and others.

The number of new vacancies in Russia in March 2022 decreased by 20% compared to February, and the sharpest decline was in Moscow and St. Petersburg.

Supply in the Russian labor market may also decline. According to the FSB, in the first quarter of 2022, 3.9 million people left Russia, but the number of emigrants among them can not be counted. Some of them have already returned or will return to Russia.

About 200,000 migrants have returned to Uzbekistan and Tajikistan alone from the beginning of 2022 due to unemployment, among other reasons.