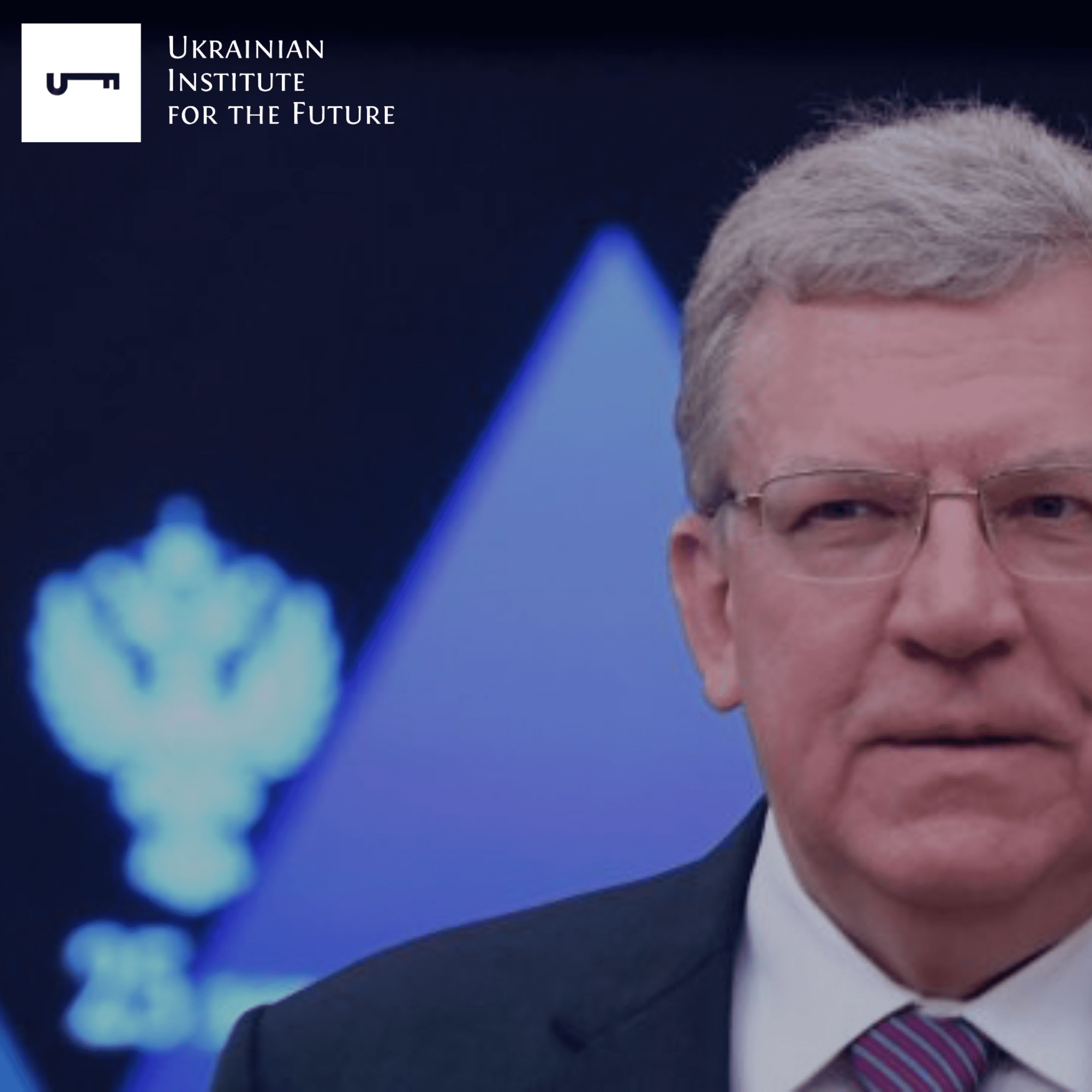 On November 29th, on the air of one of the Russian TV channels, the editor-in-chief of Russia Today, Margarita Simonyan, said: “One should be afraid of losing, one should be afraid of being ashamed, and one should be afraid of betraying one’s people. If we manage to lose, The Hague, conditional or concrete, is waiting even for the janitor who sweeps the cobblestones inside the Kremlin wall.” The propagandist also supported the bombing of Ukrainian civilian infrastructure. This statement was caused by a series of military defeats of the Russian army and the growing anxiety of the Russian Federation’s population. An additional factor was the promotion of the idea of creating a specialized international tribunal that would consider the crimes of aggression by the Russian Federation against Ukraine. Nineteen members of the Security Council of the Russian Federation who made decisions on the recognition of the so-called “DPR/LPR” may become accused in this tribunal, which was the beginning of a full-scale invasion of Ukrainian territory.

Simonyan’s statement caused a stormy discussion in the Russian information space. These new narratives can be seen as an appeal to the broad masses of the population with a call to protect the Kremlin elites from international responsibility for unleashing an aggressive war. Attempts to change the format of the war into a “national one” have been made before. However, the mobilization of society and the economy never happened. At the first stage of the war, the official version of Russian propaganda was that a “special military operation” was taking place, it was being conducted by the forces of the contract army, and therefore ordinary citizens would not be affected, and victory would be quick and inevitable. This gave a high level of support for the war and the actions of the Russian Federation’s political leadership. In September, the so-called “partial mobilization” was announced, a recognition of the failure of the idea of a short victorious war. Mobilization caused a rapid increase in tension and anxiety in society, and hundreds of thousands of conscripts fled Russia abroad. The percentage of volunteers willing to serve in the army was small, even with the promised high financial support. Most potential recruits justified their unwillingness to serve for two reasons: insufficient supply of ammunition and waging war on foreign territory. The war was not perceived as a threat to Russia itself, the enemy did not stand on the doorstep of their Motherland, and in fact, no one was going to attack it. The maximum coverage of shelling of the territory of the Belgorod region also did not change the opinion of the Russian population – they did not perceive this war as a defense of their land. That is why the continuation of this anxiety started to unfold – inspections of bomb shelters in regions far from the front, testing of air warning systems, and construction of fortifications on Russian territory.

Simonyan’s appeal should create fear of collective responsibility for waging war. On the one hand, the propagandists demand to unite to protect the military-political leadership from the “Tribunal in The Hague”. On the other hand, hysteria and anxiety about the enemy’s imminent invasion of Russian territory are building up. This implies the potential readiness for mobilization of each citizen during the conduct of new sets of recruits after the death of a large number of “partially mobilized”. Moreover, the sacralization of war should make it impossible to criticize or avoid participation in hostilities.

Such new information narratives may indicate Russia’s preparations for a protracted war and reluctance to admit guilt and make compromises.

Putin accepted the resignation of Vladimir Kudrin from the post of head of the Accounting Chamber of the Russian Federation. This decision was promptly approved by the Federation Council. Then, in a day, the retired official got a new job – becoming the head of the Russian “Yandex”. Part of the Russian media of the liberal wing, as well as authors working for foreign resources (Svoboda, the Russian BBC service, and others), came out with rather pleasant comments about Kudrin, calling him a consistent supporter of liberalism and the openness of Russia. For example, according to Radio Liberty columnist Maxim Blunt, his silence during the war was an analog of the “Italian strike” – “just going to work and getting paid.”

The first facet: the consolidation of leverage is in the hands of key elites groups

The event is extraordinary since Kudrin remained the last representative of Yeltsin’s “family”, holding an important state position. At the same time, due to his duties, he had access to accurate data on the situation in the economy, such as changes and scope of the National projects’ financing, e.g., information on the progress of their implementation. Therefore, one of the conclusions that can be drawn is the consolidation of key groups of elites and the gradual redistribution of spheres of influence. Considering that the “family” was eliminated from its active players three months ago and lost the opportunity to lobby for the necessary decisions at the level of Putin or the Government of the Russian Federation, Kudrin’s departure and his replacement by a representative of another group was a matter of time.

The list of candidates for the position of head of the Accounting Chamber should be closely followed. There are three possible scenarios for the development of events:

1. The strengthening of the group of “Technocrats” (Gref – Kiriyenko), who have been steadily introducing “their” people into key ministries for the past year. However, until recently, they avoided nominating their candidates for “top” positions (ministers, heads of state agencies, etc.), limiting their influence through “deputies” and leaders of key departments within agencies. Their protégé at the post of the Accounting Chamber will be the first case of violating such a practice and demonstrating increased power and influence.

2. The Accounting Chamber will be headed by Kovalchuk’s protégé. On the one hand, this practically repeats the logic of the previous point since the bank group “Russia” and “technocrats” at this stage act as the closest allies. However, in this case, Putin does not give additional leverage directly to Gref and Kiriyenko, hedging through one of the people closest to him.

3. The idea of putting a protégé in the Accounting Chamber may be the same for the Military Industry Group (Chemezov) and the Gazprom-Novatek group. The second is unlikely to be able to lobby for a decision in its favor. But the chances of Chemezov’s strengthening are real. But here, everything lies on the short “reserve bench” of this group of elites and Putin’s fear of giving control over the spending of budget funds to structures whose funding will be significantly increased next year.

Other groups of Russian elites, due to their resource base, the availability of suitable candidates, or the current position concerning competing “Kremlin towers”, are unlikely even to be able to claim increased influence through control over the Accounting Chamber.

The second facet: playing on the information field?

For those unfamiliar with the current situation in Russia’s information field, the information that Kudrin is going to Yandex may seem promising from the point of view of blurring the Russian propaganda machine. A liberal heading one of the key information resources.

But the reality, unfortunately, is different. As a result of the agreement with VK Group, the news part of “Yandex” (Novosti and Zen) came under the control of the “VKontakte” group, which Kiriyenko’s son heads. Before such a division, Kudrin did not even have a theoretical chance to lead Yandex because it meant giving an extensive information resource under the influence of the “family”.

Therefore, Kudrin’s functions in the company will consist, in addition to operational management, in contacts with Western politicians to reduce sanctions pressure. At the same time, “Yandex” might appear in the West as a victim of repression: the group has lost key assets and, having a “non-political” business, is under EU and US sanctions. Of course, a politician not associated with Putin’s dictatorship can communicate such a thesis. Kudrin is an ideal figure.

From the Kremlin’s point of view, this activity is just as important, as it allows to evaluate of various mechanisms of influence on the policy of Western sanctions and also brings out of the “both officials” a person who can become a communicator with the European and American political elites.

The third facet: a new rallying point for liberals

Putin’s entourage closely monitors the processes in two groups of Russian society: liberal-minded residents of megacities and the opposite group – radicals, who demand stricter measures, the continuation of the war, strengthening of the dictatorship.

In both fields, political projects capable of channeling dissatisfaction with the authorities are needed to ensure future stability. Simply put, “constructive opposition.” At the same time, the Kremlin has not yet decided on the format for creating such political organizations and their possible leaders.

Alexey Nechaev’s “New People” party formally exists in the liberal field. But the political support (in particular, despite the promotion of several subjects of the Federation to the Legislative Assembly), did not demonstrate the ability to neutralize the growth of negative sentiments of the target group. Among other things, the party ultimately failed to communicate the decision regarding mobilization.

Kudrin’s candidacy looks more attractive in this field. On the one hand, he is a politician-weightlifter who has repeatedly demonstrated his “liberal views” with his deeds. He has sufficient authority to become an adequate contact person for Western politicians. Moreover, as the head of Yandex, he will restore the network of contacts, dealing with the problems of sanctions against his company. On the other hand, for the Russian voter, Kudrin remains a Russian politician in Russia, who has authority among a number of liberal opinion leaders who work both inside the country and for American, British, or European information resources.

This combination allows in the future (in the case of successful work at Yandex) to solve the problem of a “leader” for the controlled liberal “opposition” in Russia. A liberal, a good candidate for voters, but controlled by Putin, a man of the system.