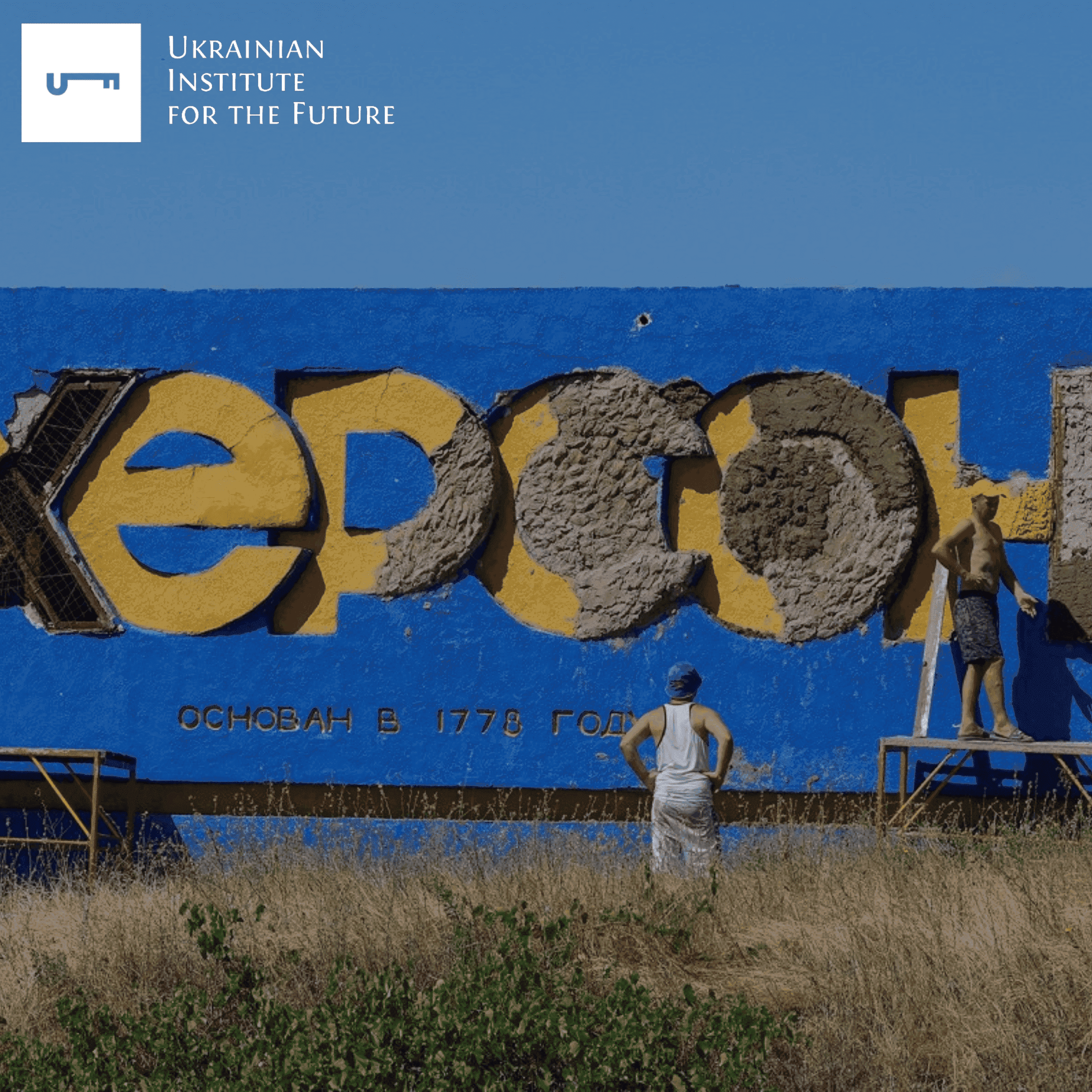 The retreat of the Russians from Kherson: political challenges

Considering the events of the last 3-4 weeks, the decision to withdraw from Kherson was made earlier. Several facts coincided at once:

At the same time, we saw the continued attempts to solve the problem of supplying troops on the right bank in case there is no decision on withdrawal.

Moscow understood the need to leave Kherson but tried to tie this process to negotiations with Ukraine to demonstrate readiness to make compromises. Official Kyiv did not go to the talks, and the Russian Federation did not improve the situation with the supply of the groups on the right bank of the Dnipro. As a result, we saw the announcement of a “maneuver” and the withdrawal of troops to the left bank.

In this case, the assessment of the media field is very important for understanding this withdrawal process. Since the Russian Federation declared Kherson “its territory”, it was no longer a question of withdrawing from the occupied territories “in the framework of the SVO” but from “the territory of the Russian Federation”. Accordingly, it was necessary to clarify what was happening to ordinary citizens. There was also a need, just in case, to elect officials who would become the scapegoats at the following stages.

As a result, the following scheme was implemented:

The high-profile decision, authored (publicly) by Surovikin, also neutralized possible sharp criticism from non-systemic politicians who claim to strengthen their role. Prigozhin and Kadyrov, who actively supported the new appointments in command of the “SVO” a few days earlier, did not have the opportunity to come up with sharp theses and endorsed the decision to withdraw the troops. It is important that they did it publicly, becoming one of the key speakers. The reaction of key Telegram channels from the “military” network is also indicative. In contrast to the situation with the Kharkiv region, Lyman (where the Russian troops tried to gain a foothold and resist), this time for a “planned withdrawal”, they supported a “reasonable decision”, discounting the costs of the previous stages of the war.

The topic of military defeats and the war in Ukraine remained localized in the triangle of “military leadership-Putin-non-systemic politicians (looking for the support of radicals”).

Thus, without receiving foreign policy bonuses (in the form of a ceasefire) from the retreat from Kherson, Putin and his closest entourage tried to strengthen control over potential leaders of the radical wing of Russian society. Not having a ready-made algorithm for the “inclusion of radicals in the political system” today, they are working to prevent the development of an uncontrolled situation on the right wing of the political field.

The defeat of the Russian Federation near Kherson: a trigger for peace negotiations or the war to the end?

The withdrawal of Russian troops from Kherson and the entire right-bank part of the region in the south of Ukraine coincided with the appearance in the Western media of a whole series of reports/articles/comments on the topic of the likely resumption of peace talks between Russia and Ukraine. This has led to speculations about whether the retreat of the Russians near Kherson is a prerequisite for such negotiations and whether the Western partners will incline Ukraine to negotiations after the return to the control of the city itself and most of the region by the Ukrainian Armed Forces.

On November 6th, Washington Post published an article that noted the possibility of resuming peace talks after the Ukrainian Armed Forces return to Kherson. In 2 days, already after the retreat announced by the Russians, a similar publication appeared in the Wall Street Journal. Two days later, the same publication appeared on the Politico website. In parallel, Jake Sullivan, the national security adviser to the US president, made a secret visit to Kyiv. He could have raised the topic of negotiations during a meeting with the Ukrainian leadership. Even US President Joseph Biden hinted at the possibility of negotiations several times, particularly in his speech on November 10th in Washington, DC. Similar signals also came from Europe: French President Emmanuel Macron, speaking at a climate conference in Egypt, noted that Ukraine and Russia would eventually have to sit at the negotiating table.

However, all these messages mean that the West has yet to decide whether to compromise with Russia. The situation around Kherson can undoubtedly be used by both critics and supporters of negotiations with the Russian Federation. The first will insist on continuing the “war to the end” and providing Ukraine with the additional military, financial, economic, and humanitarian aid for this purpose. The latter will talk about the need to take advantage of the retreat of the Russian Federation, their “moment of vulnerability,” to return the parties to the negotiating track, in which Ukraine will now be in a winning position.

Currently, there are three basic scenarios for further actions in peace negotiations.

Undoubtedly, negotiations will remain on the agenda of Western countries, especially in Europe, which is expecting a tough winter. The socio-economic and financial troubles in the EU will prompt some politicians to call for negotiations with the aim of a truce and an operational pause. Much will depend on the ability of Western countries to build up ties with other countries, compensating for losses from the consequences of the Russian Federation’s war in Ukraine. In this context, the visit of German Chancellor Olaf Scholz to China at the beginning of the month was indicative. In addition, negotiations began between the US and the EU on coordinating efforts to provide non-military aid to Ukraine.

Thus, the situation around Kherson can be viewed from different angles and used by various political forces for their own purposes. However, a final decision has yet to be made.