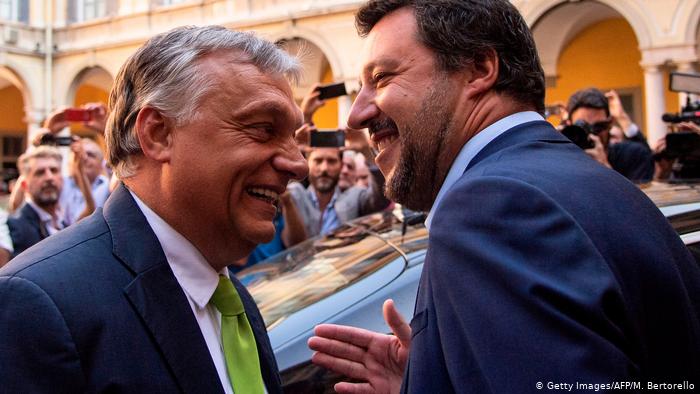 The Italian Minister of the Interior Minister Matteo Salvini met for the second time with Hungarian Prime Minister Viktor Orban. Salvini, a Eurosceptic with a frankly pro-Russian position, who categorically opposes the accepting of ships with migrants in the ports of Italy, announced the desire to create a new Alliance of far-right and nationalist parties in Europe. Viktor Orban did not give a clear answer on whether he will join the Alliance or not. He will consider this after the May elections to the European Parliament. If the Northern League and the parties that supported Salvini’s proposal succeed in the European Parliament elections this month, the Alliance suggested by Salvini may be attractive to Orban.