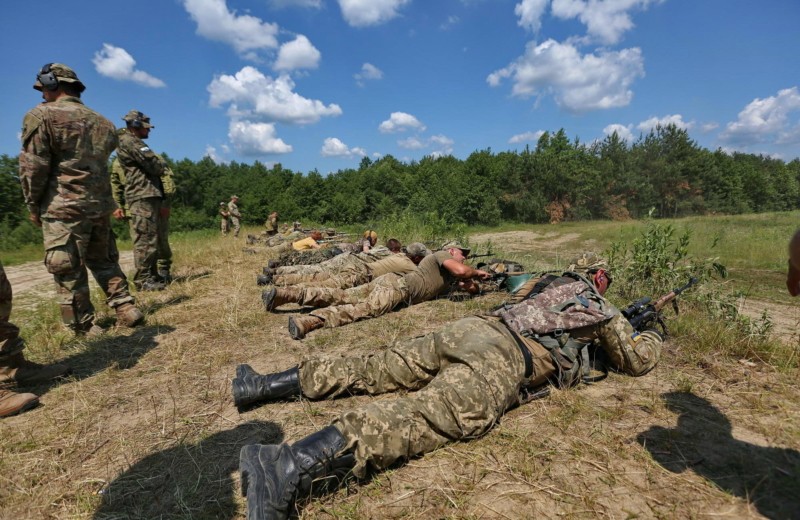 As Ukraine moves towards NATO there is much publicity about meeting NATO standards.  There seems to be a lack of clarity about what these standards are, and what they mean. So here are 10 of the top NATO standards that Ukraine has to achieve to enter NATO.

This means that operational decisions should always take saving life into account, and the combat medical system must be designed to ensure that anyone injured has the greatest chance of survival in all phases of war. Every unit must have appropriate personnel, medical equipment, vehicles, supplies and training.

Respect for servicemen and their families

This means that all servicemen should be properly led, equipped and supported at all times by their commanders and the chain of command with all the necessities they need to live, train and fight. This includes proper pay and allowances. It means that servicemen and their families should be treated as human equals by commanders not as servants. Officers should always eat last.

This means that the system should consider honesty to be the benchmark in all things, be it operational reports, reporting to the public, hearing what officers and soldiers say or not misusing government property and money for private purposes; the curse of corruption.

Civilian control of the military

This means that the Ministry of Defence is the driver of all military affairs. This should be done through the production of policy and the allocation of direction, priorities and budgets to meet political aims. The military should then act upon this policy and turn it into military actions.

This means political direction from the government, endorsed by the president. The president may be the Commander in Chief, but this should be just a title, as he has no control of resources. He should limit his activities to providing strategic direction, advice, wisdom, and political support, and endorsing or rejecting government proposals. (He has no time to do more) The Chief of Defence should get his direction from government through the defense minister and ministry. He may only appeal to the prime minister or president over the head of the minister on matters that are so serious that he feels if he is not backed he must resign. And if he does appeal over the minister and is not backed then he must resign immediately.

Military training in peace and war should cover all aspects of individual and collective training. Before operations, soldiers should train together with their crews, subunits and units, and that unit should exercise together with its brigade and also exercise at divisional level to train staffs. Units should also train and exercise jointly with air and other units and staffs if needed. No serviceman should ever be committed to operations when he and his unit are not properly trained.

Officers should be selected for their leadership abilities, honesty and motivation for a military career. Their training should primarily be active, skill and exercise based with classroom time limited to just enough to teach the basic concepts of command and their future career. They should be deployed to units whilst they still have the vitality and courage of youth. Middle career officers should learn to command and lead operational and technical staffs and manage resources. Senior officers should be skilled in strategy and long-term strategic thinking. Commanders of all ranks from general to corporal should be given a clear task and zone of responsibility.

Given this task and zone, their actions should not be interfered with by senior commanders. The operational commanders are the closest to the action and should be the decision makers. Intervention by senior officers should only occur if the commander fails or the situation changes dramatically.

Even then the task should be redefined and the commander left to deliver and not over-controlled. Officers who are inadequate in their skills and operational performance, who are not honest, who refuse to delegate authority, or who treat servicemen improperly should be removed.

A unit should have sufficient servicemen to do the task given. In NATO the basic structures are clear. A platoon has about 30 men, a company about 120, a battalion between 500 and 600. They have all the vehicles they need, proper command posts with alternates at sub unit and unit level, they have logistic supply and maintenance, mortar and reconnaissance platoons, a doctor and medical team and they have proper communications at all levels with redundancy. Brigades should also be balanced, consisting of three or four full battalions with artillery, engineers, signals, medical, military police supply and maintenance.

At each level of operation, there should be a full logistic tail supporting the forward troops. Each level should have its own resupply and spares organization with enough to keep the unit fighting for three to four days. Each brigade should have the same spare combat supplies and each division (Sector) its own supply system and extra supplies, engineer stores and ammunition. Combat units should never be allowed to run short of any supplies or support.

The ministry of defense is an arm of government. It should be a strategic liaison, strategic thinking, policy-making, planning and budget making organization. It should be led and filled by skilled, quick and flexible thinking managers. Retired or serving military officers should only fill posts when rank is required to make the system work such as in security or some technical areas like maintenance policy. Otherwise, the defense ministry should be civilians with a wide range of education and backgrounds, policy and business skills.