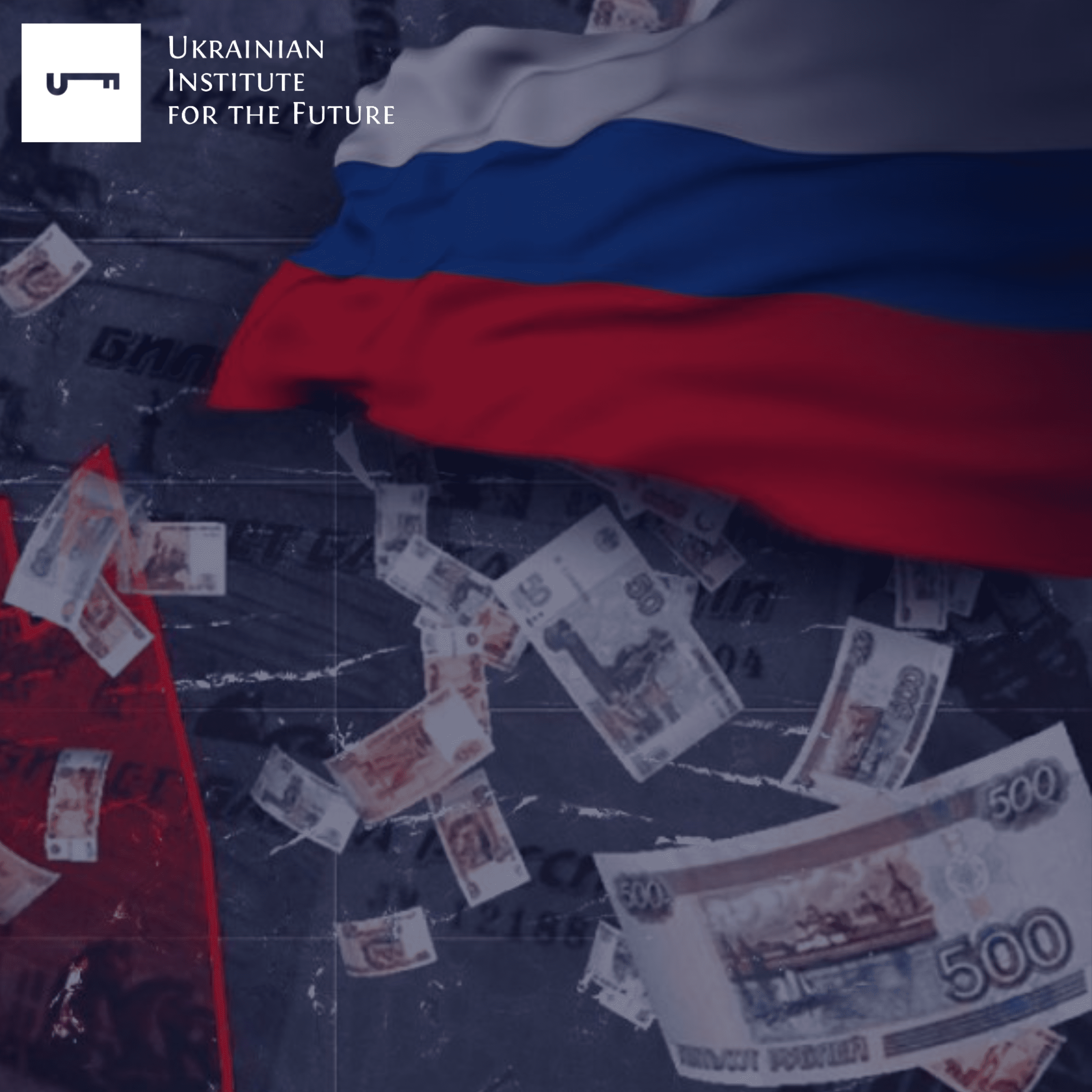 Events and trends in Russia for May 30th – June 3rd

1. Yumashev’s resignation and pressure on a number of Yeltsin-era politicians allow UIF to conclude that the remnants of Yeltsin’s “family” are being squeezed out of decision-making.

2. Turkey’s military operation will challenge Russia’s geopolitical position in Syria and the Middle East. Still, Moscow may agree with Ankara not to come under attack, which is what Turkey is hoping for. At the same time, the offensive in Syria will be a significant blow to NATO and the US positions.

3. There is a trend of delaying and/or reducing arms supplies to Ukraine, which may be due to the attempts by Western countries to reach a compromise with Russia and localize the war within Ukraine in the context of a long-term confrontation.

4. EU countries have reached a compromise on the oil embargo, which has the potential to reduce oil imports by 90% by 2023, and the oil production in Russia could potentially be reduced by 20% next year.

5. The strategic goal of the Russian leadership remains the restoration of a particular form of the Soviet Union. To reach this, the preparatory work for the annexation of the occupied Ukrainian territories is underway: the distribution of passports, the introduction of the ruble, the formation of puppet administrations, and the strengthening of Russian propaganda. However, a decision on the timing and form of the annexation has not yet been made, and it depends on the situation at the front and diplomatic work.

6. The death penalty for the Ukrainian military in Russia is not a bluff, unlike the nuclear threat. This is a new dangerous line of information warfare waged by Russia. Ukraine needs to devise its reaction algorithms and be morally ready for such developments.

7. Sanctions have begun to affect Russia’s economy: the budget will not be fulfilled following the adopted plans, but the way to save it is getting the revenue from oil exports. Therefore, Russia continues to receive extra profits to finance the war. In particular, the fall in gold reserves confirmed the state of uncertainty among Russian citizens and businesses and decreased confidence in the national currency. In the face of limited access to foreign currency, gold has become a tool of protection against inflation and devaluation. The safety margin of Russia’s financial system is still high, so sanctions need to be strengthened.

8. The Kremlin has made an unequivocal choice in favor of “separating” the Russian academic space from the European-American one: the abolition of Erasmus+, statements about the need to abolish the Bologna system, and ban the Liberal Arts programs. Over the next two years, Russia’s higher education system will be finally separated from the world, after which its decline will be inevitable.

Permutations in Russia’s elites continue. Valentin Yumashev resigned as an adviser to the president of the Russian Federation last week. He held his post since 1998 and was the “spokesman for the interests” of Boris Yeltsin’s entourage. Simultaneously with this resignation, A. Kudrin and A. Tatulova resigned from less important state positions.

To the list of important events, we should add the activation of Russia’s investigative bodies to verify the “facts of corruption” in the activities of Anatoliy Chubais during his time as head of RosNANO.

If Vekselberg, Deripaska, or Abramovich will face problems in the coming weeks, it will be possible to conclude that the remnants of Yeltsin’s “family” will be squeezed out of the sphere of decision-making.

Last week, a key event was the resignation of Boris Yeltsin’s son-in-law Valentin Yumashev as an adviser to the Russian president. Throughout his tenure (since 1998), Yumashev had direct access to the president and was able to influence decision-making. He played the role of a representative of the “old” Yeltsin elites (the so-called “family”) in Putin’s entourage. The departure of such a person without the appearance of a new figure may mean a reduction of the “family’s” influence on Putin’s decision-making.

This thesis can be confirmed by events that coincided with the information about Yumashev’s resignation. Law enforcement agencies began putting pressure on Anatoliy Chubais, who resigned as the Russian president’s representative for relations with international organizations in March. Aleksei Kudrin narrows the scope of his activities and leaves the post of dean of St. Petersburg State University. He remains the head of the Accounting Chamber, but Russian media have already reported on his possible emigration. Both Chubais and Kudrin were in the “political wing” of the family.

Anastasia Tatulova, who left the business ombudsman system, had worked closely with Chubais.

Finally, the issues of the governor of the Sverdlovsk region, Yevgenyi Kuyvashev, can also be linked to the processes in Moscow. The official is obliged to his career growth and long term (since 2012) as governor due to connection in two groups:

Both groups are losing influence, so the Sverdlovsk region may soon have a new acting Governor.

From the above information, one can come to the disappointing conclusion that Yeltsin’s “family” has been forced out of the decision-making system in the Russian Federation. If successful, Putin will not be surrounded by any group with even the slightest vestiges of democratic values. The remaining groups may compete with each other, but they all will tend to build an autocratic system of government. The only intrigue that remains will be determining the limits of strengthening the group of technocrats (UIF experts have mentioned this in the previous analysis about S. Kiriyenko).

Given the speed of the process, it can be assumed that in the next month or two, politicians and businessmen from the Yeltsin’s “family” will be faced with a choice: either total loyalty to Putin or the dismissal from public office (or deprivation of part of their businesses). This, on the one hand, cements the position of Putin’s inner circle but, on the other hand, may lead to the emigration of several VIPs from Russia at once. This can theoretically try to create new meeting points for the anti-Putin (but not necessarily democratic) opposition.

Speaking of Russian oligarchs, it is worth to follow the events surrounding Vekselberg, Deripaska, Potanin, and Abramovich.

On May 31st, after lengthy negotiations, EU member states reached a compromise on restrictions on Russian oil imports. The official publication of the document is expected in the coming days.

The decision stipulates a ban on imports of Russian oil and oil products with a temporary exemption for supplies via the Druzhba pipeline. The ban on oil supplies by sea should be in effect within six months, and the petroleum products within eight months. The date of the final ban on pipeline supplies is currently unknown. Russian oil supplies delivered to the EU by sea account for two-thirds, and the rest are the pipeline supplies.

The pipeline is the primary source of supply for Hungary, a key party blocking the full embargo, and Slovakia. At the same time, Poland and Germany, which also partially receive oil from Druzhba, said they would voluntarily limit imports through this pipeline. Meanwhile, Hungary has begun looking for alternative oil supplies for the future, such as expanding the capacity of oil pipelines from ports in Croatia.

Given that Asian markets will not be able to fully accept oil not delivered to Europe due to infrastructure constraints and that some countries other than the EU intend to stop receiving Russian oil, it is expected that the fall in oil production in Russia next year will be at least 20%. In this context, a favorable factor is that Saudi Arabia has agreed to increase production in case of a reduction in supply after restrictions on Russian oil supplies. Moreover, the EU and the UK have decided to ban the insurance of ships carrying Russian oil, which will make it more challenging to supply Russian oil to other regions.

In addition, China and India will buy Russian oil at a significant discount (about 30%), further increasing the impact on the Russian economy.

Transfer of settlements in rubles as a new policy

The transfer of Russia’s foreign trade operations to ruble settlements is becoming part of a national policy. The key goal is to demonstrate the strength of the position and protect funds from arrests.

As of the end of May, most European companies have agreed to make ruble payments, albeit in a format that would not be considered a violation of sanctions – companies’ obligations are fulfilled after payment in contract currency, and a Russian bank converts currency into rubles. Russia has cut off gas supplies to companies that have refused to make payments under such a scheme. After Poland and Bulgaria, this practice was applied to Finland and the Netherlands. Now Russian airlines are also preparing to transfer the lease payments to rubles. Thus, ruble settlements are, in fact, Russian Federation’s strategy, which on the one hand, is designed to demonstrate strength, and on the other hand, is aimed at protecting the currency from arrest.

3. Russians launched a new line of information warfare – the death penalty for the Ukrainian military

Unfortunately, unlike the nuclear threat, which is a bluff, this wave of information warfare about the death penalty for the Ukrainian military is dangerous for all of us.

What do Russians want?

In a relatively short period, Russians will make several decisions on the possible execution of our servicemen/women. Then the Russians will start the game of raising the stakes, realizing that a severe traitorous discussion will begin in Ukraine. We must be morally ready for such a development and already think of our reaction algorithms.

We can also assume that Russians are gaining trump cards for a “peace agreement”, where “amnesty” and the exchange of prisoners from Azovstal – will be dependent on the “peace in exchange for territory” agreement.