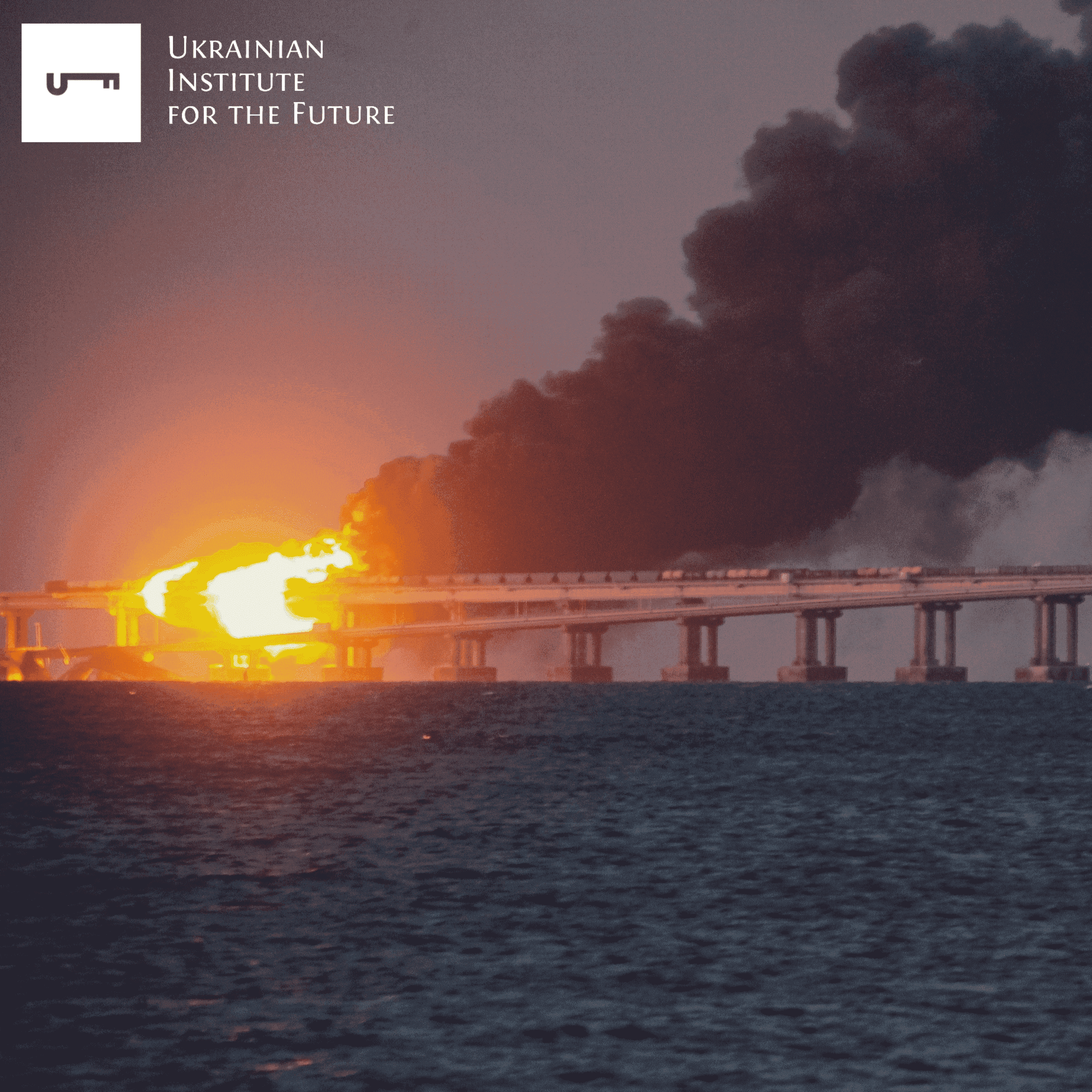 1. Putin’s idea about new gas pipelines to Turkey, which aims to turn it into a gas hub, is doomed to fail due to the lack of large potential buyers. Turkey, in the meantime, will be able to strengthen its own transit role by mainly increasing supplies from Azerbaijan. In addition, Turkey, previously 99% dependent on imports, plans to extract gas next year from its newly discovered area in the Black Sea with reserves of 540 billion cubic meters and potentially export it to the EU later.

However, Erdogan may play along with Putin for the sake of his own interests. As of right now, Turkey is trying to negotiate with Russia a postponement of payments for gas until 2024. Meanwhile, the Turkish stream project was directly related to a discount on gas for Turkey in the amount of 10.25%. Therefore, attempts to launch this project are possible, but only if they are financed by the Russian Federation (Turkey will not invest in these projects). However, one cannot yet talk about any real final successes.

2. The Kremlin is trying to find options to include a so-called “radical party” in the new political system to reformat the State Duma. Especially since the old “lightning rods” in the form of the Liberal Democratic Party (LDPR) and the Communist Party of the Russian Federation (KPRF) are gradually losing their influence. Kremlin needs to stabilize the positions and balance of power between political players by using the “radical resource” to secure Putin’s election in 2024.

However, the Kremlin does not yet have a clear vision of how and in what way the radical wing of Russian politics should be organized. There is only an awareness of its need. In light of this, attempts to take “bloggers and war correspondents” under control will continue, and the activity of Prigozhin, Kadyrov, and, most likely, some public figures, such as Solovyov, Simonyan, and Skabeeva, will continue. The listed names are among the candidates for a change of role and transition to work in the party field.

3. The UAE president’s mediation mission was to discuss the contours of a possible truce in Ukraine, which is desirable for the Kremlin. In addition, the visit of the Emirati leader is connected with Abu Dhabi’s desire to strengthen its international position and repeat Turkey’s experience as a successful and effective mediator for the West, especially in the context of pressure from Western countries on the Emirates for accepting Russian capital, which flees from Russia.

4. Russia continues to recognize the actions of the German army as genocide of the Soviet people. On October 10th, the Leningrad Regional Court recognized the actions of the German army in the region during World War II as war crimes, crimes against humanity, and genocide of the Soviet people. It is already the ninth similar process in modern Russia. With its help, the Kremlin reinforces the “one correct” vision of the history of the war, legitimizes anti-Western foreign policy, and creates the ground for a possible demand for compensation from Germany, as well as “washes out” reports about the atrocities of the Russian army in Ukraine. It is a matter of the near future until the blockade of Leningrad is recognized as genocide, after which we should expect an intensification of the Russian “victim” discourse inside the country and in Europe.

The Crimean bridge and the game of radicals

The blasting on the Crimean bridge created issues for Russian propaganda and allowed out-of-the-system players from radical groups (Kadyrov, Prigozhin, and others) to strengthen their influence in Russian politics.

On Saturday, October 8th, an explosion occurred on the Crimean bridge. As a result, one railway track (out of two) was disabled, and the road bridge was significantly damaged (with the collapse of a part of the spans). It became a problem for Putin both in foreign and domestic political fields. There are several reasons for that:

1. The course of the war in Ukraine: the bridge’s explosion occurred after several tangible failures on the front. Only one week after the “referendums” and declarations of accession have passed. Thus, the event neutralized a certain domestic political “positive” from the “expansion of borders” and raised the question of countermeasures. Especially since this crossing (more precisely, an attack on it) has been repeatedly indicated as a “red line” for Ukraine, which a robust response should follow.

2. The attack on the Crimean bridge had an additional effect in terms of weakening the positions of the power bloc and criticism of their work (starting from the Ministry of Internal Affairs and ending with the FSB) from both radicals and the liberal part of society.

3. On the external field, this further demonstrated the Russian Federation’s inability to ensure the security of even critical facilities near the borders. It instantly found a response in the position of the states of Central Asia and even Belarus (nervous reaction of the power bloc led by Lukashenko).

Thus, Putin found himself in a state of choosing between an option of a poor reaction and a terrible one:

Kremlin chose the third option, but with its own specificity – the traffic control service was accused of improper inspection, and the bridge’s protection was handed over to the Federal Security Service (which, by the way, was also involved in the process – but the Russian media did not focus on this).

From the point of view of external reaction, Russia has found itself trapped in its policy of raising stakes. The only trump card the Kremlin could present was a tactical nuclear strike. However, several states sharply indicated their possible reaction to such a development a week earlier. In particular, Putin could not get approval from the People’s Republic of China (on which the Russian Federation today severely depends). Therefore, the scenario of a massive missile attack with the active involvement of state propaganda was chosen. The latter was supposed to convince Russian citizens of a robust response from the Kremlin, which undermined Ukraine’s ability to resist.

At the same time, personnel decisions were made — the post of special military operation’s commander was officially introduced, and Sergey Surovikin was appointed. Interestingly, there was no official announcement of such a position before. The Russian mass media reported only about the “alleged” commander of the troop group, calling General Alexandr Dvornikov as such. This approach had two goals:

1. Taking into account the specifics of Surovikin’s biography and his perception as a harsh and cruel commander, the appointment should demonstrate to Russian citizens (especially radical groups) the Kremlin’s readiness for more active actions;

2. The fact of the appointment and the specifics of this decision’s announcement. Defense Minister Shoigu announced the position at a briefing. Thus, the appearance of the “commander of the troops” creates in the public field the figure of a “scapegoat” on whom future failures can be blamed (up to the accusations of war crimes). The Minister of Defense’s appointment diverts possible negativity from Putin personally. This way, the Kremlin prepares for the classic format of the thesis “the tsar is good – but the boyars are bad.”

In light of this, the process of Prigozhin and Kadyrov’s activation has continued, claiming the role of leaders of the “radical part of society.” Both supported the appointment of Surovikin, and both spoke positively about the massive missile attack on Ukrainian cities. But later, each of them had their own track of political behavior.

For example, Prigozhin: continues to recruit fighters into his PMK; appeals to corporations to create their own military companies, as well as to State Duma deputies with an offer to lead separate units of his group; despite everything, he continues offensive actions with the forces of his private military companies, concentrating on the Bakhmut direction. The idea is to achieve success against the background of negative trends in other areas of the front.

Kadyrov: tried once again to come up with initiatives to the heads of the subjects of the federations regarding the provision of mobilization and material support of the mobilized; makes political comments about the impossibility of negotiations with Kyiv, except for capitulation; significantly actively supports Surovikin, claiming a long history of personal acquaintance; advocates the use of nuclear weapons against Ukraine.

All this allows us to talk about the Kremlin’s search for formats for the organization of a radical wing in a certain semblance of a controlled political force within Russia. At the same time, the tracks of both Kadyrov and Prigozhin are instead their personal attempts to find a place in the leadership of the future political project. Kadyrov is looking for ways out and contacts with other representatives of the security forces in light of the weakening of the “army” positions. At the same time, making statements (regarding foreign policy) that marked his ambitions as a politician at the core of the ruling system. Prigozhin, on the contrary, tries to act by contrasting his approaches with the classical methods of security forces to secure his political capital on this contrast.

Mediation mission of the UAE’s president: Russia is looking for a temporary pause

​The visit of the president of the UAE, Mohammed bin Zayed Al Nahyan, became the main event for Russia this week. The main topic of the talks between the two leaders was Ukraine. The visit had several tasks:

​Peace in Ukraine and Europe is an objective long-term interest of the UAE. Even an interim truce is in the interests of the Emirates because it will help to stabilize the situation on the markets, reduce the risks of “nuclear war”, promote the revival of international trade (including the export of grain), and lead to the de-escalation of sanctions pressure. Therefore, this should reduce the uncertainty about whether the United States or the EU will introduce secondary sanctions that concern non-Western countries. In addition, the traditional mediators in the Middle East have always been Qatar, Kuwait, and Oman. Meanwhile, the UAE is trying to capitalize on its global connections to improve its image and influence on the world stage when Russia does not perceive traditional European intermediaries.

​For Russia, the truce is extremely important, as they need a respite at the front to bring in reinforcements, strengthen defensive lines in the occupied territories, and fix the demarcation line.

​According to the visit results, the UAE is one of the mediators that perform the function of an informal communication channel between Moscow and Western countries. The UAE’s mediation mission first aimed to solve minor issues and not immediately settle the conflict. For example, during the meeting with Putin, the UAE president emphasized the situation around the Zaporizhia NPP. There is an option that the UAE will act like Turkey – it will contribute to the achievement of one small compromise, dividing the issue of Ukraine into several small negotiation platforms and tracks. It is also beneficial for Russia, which sees this method as an opportunity to drag the West into the negotiation process for years.