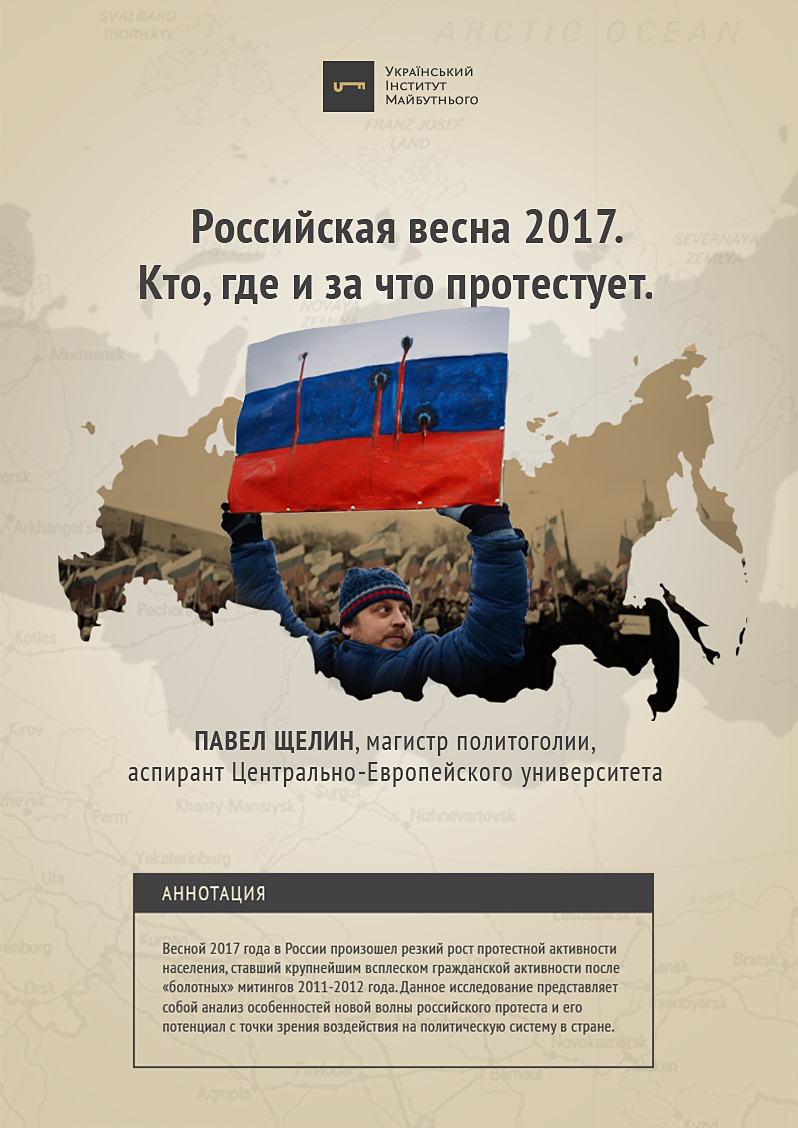 In the spring of 2017 there was a sharp growth of protest activity of the population in Russia, which became the largest outbreak of civic activity after the “swamp” rallies in 2011-2012. This study is an analysis of the features of a new wave of Russian protest and its potential in terms of impact on the political system in the country. Structure of the study: Introduction. The economic environment of protest Part 1. Distinctive features of Russian protest 1.1. Regional intensity 1.2. A high proportion of youth participation in protests Part 2. Factors determining the nature of modern protests in the spring of 2017 2.1. Social credibility, development of civil society at the local level 2.2. Format of mobilization – new technologies 2.3. Objectivity of the protest agenda and presence of pre-protests tension in the region Part 3. Factors that reduce the effectiveness of the protest’s potential 3.1. The organization of protest 3.2. Problems of the protest’s agenda Part 4. Available strategies of the authorities Conclusions and forecasts.