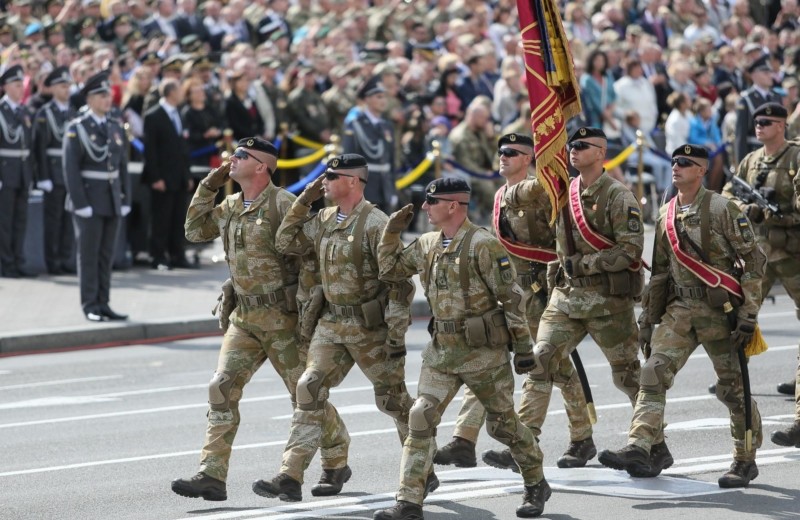 Inquiries are a key part of any democratic society. In a closed military society, inquiries are an important part of civil control of activities and resources by the government, parliament, public and military leadership. They are a key tool for ensuring that management of the defense sector is legal, proper and efficient. Results of inquiries help to inform society if their money is being properly spent. Inquiries are also a vital factor in protecting service people from the abuse of power that is often the hallmark of military service.

In the last few years there have been successions of activities in the Ukrainian defense sector that warrant proper and open inquiries. These include mortar accidents, ammunition dumps exploding, continuing criticism of the delivery of soldiers housing, allegations of high level corruption with apartment allocation, losses of fuel and food, poor attention to Defense Ministry’s contracts, procurement of weapons and systems not following the proper competition processes, the apparent drunken behavior leading to a serviceman’s injury by the former Commander 57 Brigade and most recently the Kerch Strait incident. The list is long.

For any inquiry or for disciplinary action there is a need for proper investigation by trained and skilled investigators. In most military societies, the investigation is conducted by the military police. The Ukraine military does not yet have a formal and established organisation like this. The draft law for this sits in the Presidents administration and has not been accepted by the Verkhovna Rada. It is not at all clear now how this organisation will develop and how it will meet NATO (where military police are an integral part of the forces) interoperability standards without a clear law to underpin their proper policing and military support activities.

Normally, the military police perform the functions of the rear intelligence, the protection of military units, the supervision of military criminals, and etc.
Investigation within the military is now part of the newly formed State Bureau of Investigation. This organisation has three directorates the third of which concentrates upon the defense and military sphere. This can cover all types of crime except high level corruption which will still be covered by NABU.

But the investigation of a crime is not the whole picture of defense governance. There are many instances when an inquiry is needed to look at management issues not just at soldiers. Many possible offenses are covered in the current laws. Sadly most of these are based upon a concept of concentrating in a Soviet type fashion upon the idea of punishment of the (quite naturally) guilty soldier. It is obvious when an accident occurs and death or serious injury takes place that an inquiry should follow and if guilty someone should be charged. But less obvious is that in a democracy, if a second or third similar accident takes place, then there should be another wider inquiry conducted into management to identify if there are persistent causes or failures. An inquiry of this sort should also seek out if lessons have been properly learned from previous accidents and to see what actions to stop further accidents were put in place. In cases of persistent neglect and death there may even be conditions where the organisations’ leadership are later put on trial for corporate manslaughter. In cases like the persistent mortar accidents (12 but rumored to be 18) where death and serious injury has occurred repeatedly, there should be an independent judicial inquiry. Independence for this is necessary because the system is unlikely to do this properly itself if the fault clearly lies within. In cases like this, witness evidence should be taken under oath. The existing warning system for knowingly false testimonies obviously does not work in Ukraine. Whilst not usual for Ukraine, it is a Western practice that is worth copying.

Inquiries should also happen when there are non-accident persistent management or leadership failures within the system such as in housing allocation or building operations and where officers or soldiers act persistently and publicly badly such as accepting more than one service flat. There is though a positive mirror side to independent inquiries. They also serve to protect commanders and officials where they have done nothing wrong but there have been visible problems inside their organisation. Good leaders should never be afraid of an investigation if they have done their job properly.

There are problems currently with setting up inquiries in that Commanders and officials that have cases or accidents on the territory of their own units are effectively allowed to investigate themselves by leading the investigation. This goes against the natural laws of justice concerning vested interests and bias. As any police officer should not manage a case involving his own family, so a government official should not manage an inquiry if there are actual or even possible vested interests. Equally, others who may be involved should not be part of the inquiry team. Note how US Minister Jeff Sessions recused himself from the Mueller Inquiry. This action is especially important if personal actions may later be deemed liable to have caused the accident. In high level cases then the inquiry should be run by a totally separate organisation that has no formal or informal links to the Defense Ministry. For an inquiry of the sort of Hammer mortars with both legal and possibly criminal ramifications it should be managed by a civilian Judge. But as a matter of fact and due to the Ukrainian legislation the inquiries are run by the commanders of the units where the accidents happened and by a representative from the “Mayaki” factory that actually provided the Armed Forces of Ukraine with the Hammer mortars. This is so wrong morally as to be beyond sensible explanation.

The defense is a public spending body so all activities are in the public interest. The fact that an accident occurred on the territory under the control of the Defense Ministry is no argument for secrecy. Section II of the State Secrets law is very clear on this matter. As with many Ukrainian laws, there appears a degree of ambiguity within the body of State law as there is also a defense secrets law. However the state secrets law should trump any military law as that is by definition a lesser act. In the state secrets law Article 8 concerning what may be classified as a state secret it is prohibited to classify information if it will “narrow the content and scope of constitutional rights and freedoms of man and citizen, and will harm the health and safety of the population”. Furthermore it cannot be a state secret if there is “impact of goods (work, services) on human life and health” or on “facts of violations of human and civil rights and freedoms” which in the case of the mortar accidents there clearly is. It cannot be secret if there is a concern “about illegal actions of state bodies, bodies of local self – government and their officials and officers”.

With an Inquiry like that needed for the mortar accidents it should look into all the stages and norms of procurement and production, the metals used, the processes of training, the operational use, and the testing and acceptance of weapons before delivery. The inquiry should look widely into public allegations such as that the weapons were flawed and returned to the manufacturer only to be returned to service repaired. As any artillery officer will tell you, barrels of any weapon can never be repaired. They are always scrapped and a new barrel replaces the old. Flawed metal can never be repaired sufficient to withstand explosions and is always a danger to life. A judge should be able to look into the full spectrum of military processes for bringing weapons like mortars into service and identify from expert witnesses if these are sensible and fit for purpose. All Defense Ministry and General Staff and Army Orders, directives and papers concerning the mortars from the initial military request up to and including the most recent inquiry should be investigated. Lastly training and safety issues of mortar firing should be identified and judged if they are relevant for the dangerous action being conducted. The Inquiry should seek to make recommendations in all areas both good and bad.

The current defense laws concerning discipline and control have been updated to cover the new challenges of the conflict in the East and contract soldiers. Much of the new writing is comprehensive and high quality. The MOD lawyers should be congratulated on this work. But the amendments have been overlaid on the old and very outdated Soviet laws. These are strongly predicated upon the officer being right and the soldier being wrong. Limits of authority and responsibilities for commanders are virtually non existent. Sadly this legal framework still persists. There is also almost no concept that senior management might be at fault in any action or activity. It is probably high time to rewrite the whole discipline law for the military system to fit NATO concepts and standards.

Glen Grant is an expert on national security and defense of Ukraine at the Ukrainian Institute for the Future.