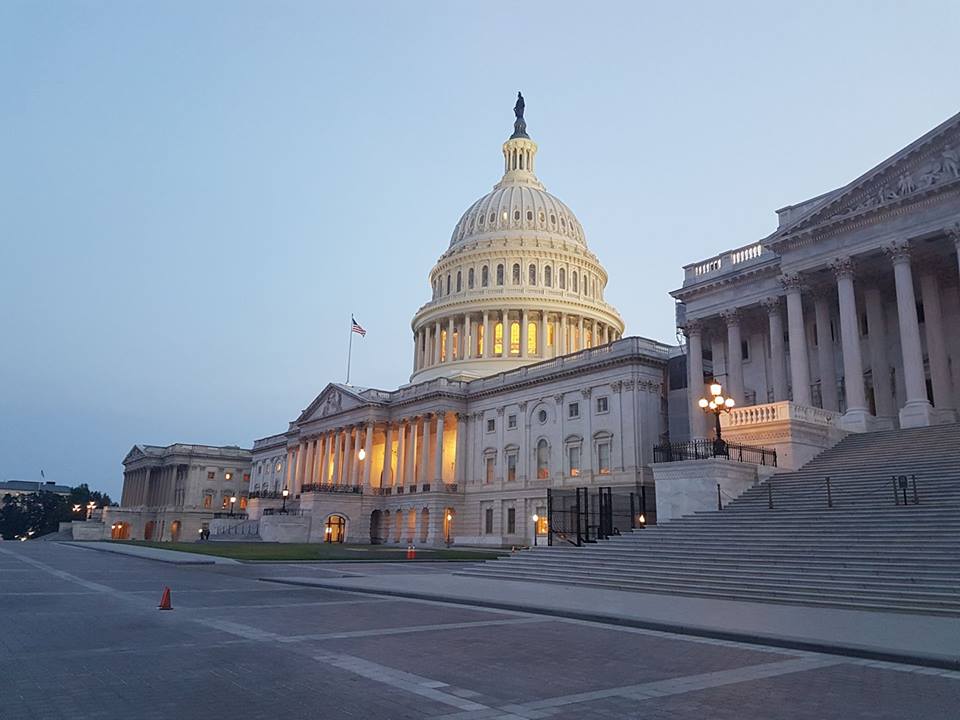 The delegation of the Analytical Centre “Ukrainian Institute for the Future” (UIF) chaired by the Executive Director Viktor Andrusiv went to Washington and witnessed the adoption of new sanctions against Russia.

“Forty-five minutes ago, the American Senate voted 97 votes, out of 100, in favour of imposing additional sanctions against the Russian Federation”, – informed Anton Gerashchenko on Wednesday, June 14, at the second day in Washington.

In response to that message, Anton’s readers jokingly noted that the decision of the Senate was influenced by the presentation of Volodymyr Horbulin’s book “The World Hybrid War”, translated into English by the Ukrainian Institute for the Future.

In his turn, Taras Berezovets has mentioned that the decision of the Senate is a gift to the meeting of representatives of Ukraine and the US, which is planned in Washington the other day.

“The United States Senate made a royal gift to the United States-Ukraine meeting, as well as the birthday of President Donald Trump”, – noted Taras Berezovets, Director of the National Security and Defence Programme at UIF.

According to Berezovets, the new sanctions knocked the banking and financial sector of Russia.

Within the next 10 days, the Director and co-founders of the organization, Taras Berezovets and Anton Gerashchenko, have planned a tight schedule of meetings during which there will be presented the reports of the Ukrainian Institute for the Future and the book “The World Hybrid War” by Volodymyr Horbulin.