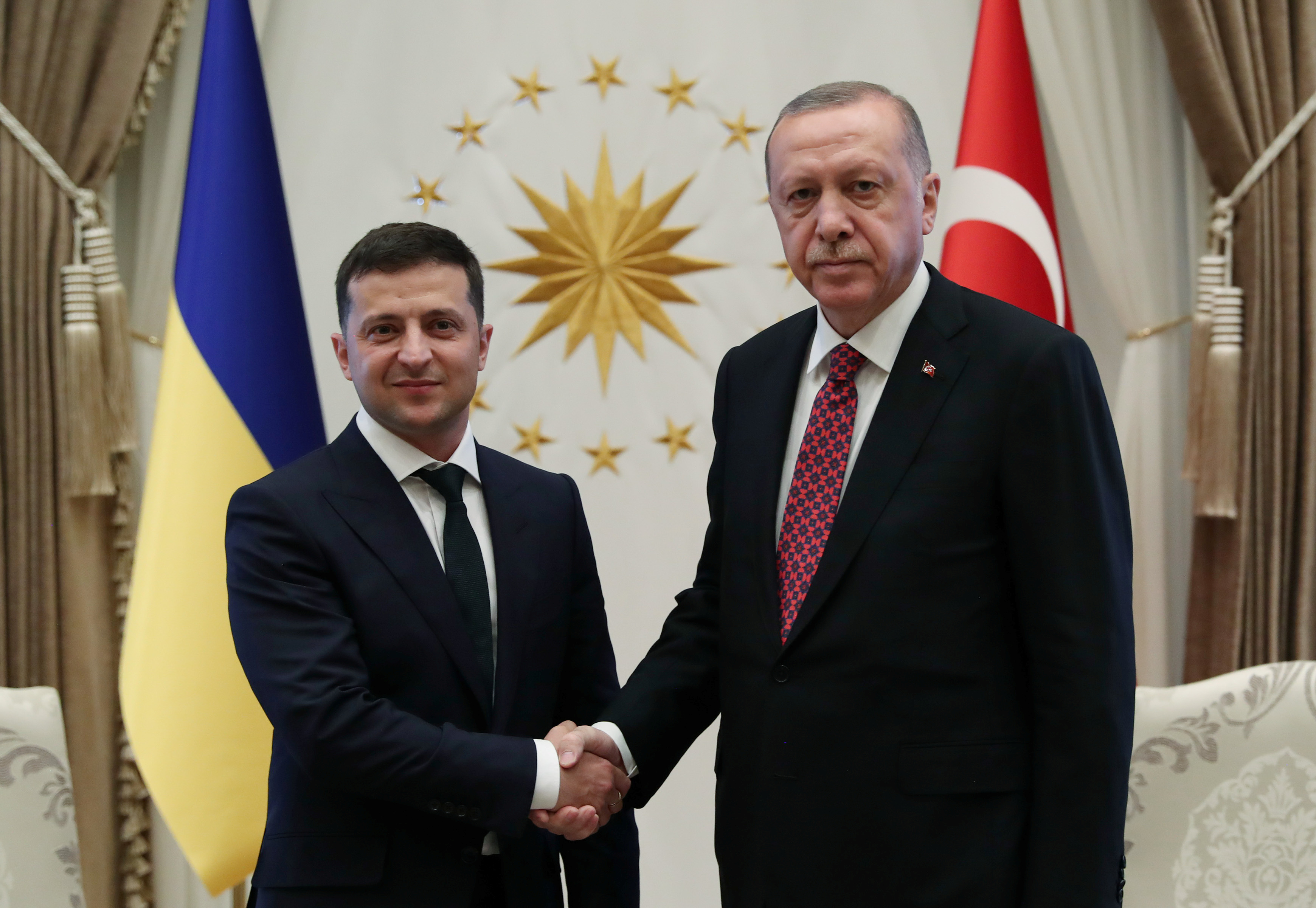 Changing geopolitical conditions and mercantile interests have effectively put Ukraine and Turkey in the position of competing for the energy market. Though a recent high-level meeting in Ankara saw Presidents Volodymyr Zelenskyy and Recep Tayyip Erdoğan trying to work out agreements on trade, transportation, and energy, the stakes are high in this contest, and a path to success is clear for neither country.

Energy is a particularly sensitive issue for both counties. Ukraine currently owns one of the biggest gas transportation systems and is an important gas transmitter to the EU. In 2018 the Russian Gazprom supplied more than 200 billion cubic meters (bcm) of gas to Europe, of which Ukraine was responsible for the transit of 86 bcm. However, Ukraine may soon lose its dominant position as a gas transmitter. Should the Nord Stream 2 pipeline (carrying gas from Russia to the EU, with an expected annual capacity of 55 bcm) and both legs of the TurkStream pipeline (carrying gas from Russia to Turkey across the Black Sea and thence to Europe, with an expected capacity of 31.5 bcm) be constructed, the demand for Ukrainian transit capacity could fall to zero.

After the first leg of the TurkStream pipeline comes online, in 2020, Ukraine will lose about 12 bcm of transit, with an additional 4 bcm lost after 2022. The second leg of the pipeline, which is not yet under construction, may result in a further loss of Ukrainian transit of 15 bcm. Yet even as Ukraine faces the risk of losing its position in the regional gas market, Turkey is pushing for a greater role.

TurkStream is not Turkey’s only big energy project. Turkey aims to become a regional gas hub, an important node for gas trade and transit. Another pipeline delivering gas from Russia to Turkey under the Black Sea is Blue Stream, constructed in 2003. The TANAP pipeline, which crosses Turkey, is part of the Southern Gas Corridor, supplying gas for Azerbaijan to Europe. Turkey is also expanding its network of liquid natural gas (LNG) facilities.

But Turkey faces challenges in the form of its faltering international relations, which may undermine the country’s plan to become an important player in regional energy markets. A massive crackdown on the opposition after the failed 2016 coup emboldened President Erdoğan to solidify his position as Turkey’s authoritarian ruler, changing the constitution to do so. However, his ongoing conflicts with the United States over trade, energy, military cooperation, and the handling of regional frictions (Syria, Iraq, Palestine, Cyprus), along with the country’s economic problems and the administration’s aggressive foreign policy, have significantly damaged his standing in Turkey. The repressions after the 2016 coup attempt, which saw more than 70,000 people purged for their alleged ties to the Hizmet opposition movement, further eroded Erdoğan’s image and undermined his standing, especially in Turkey’s rich coastal regions in the country’s west. This led to his AKP party unexpectedly losing in the local elections in the biggest and most influential cities—Istanbul, Ankara, and Izmir.

The geopolitical situation around Turkey is also disturbing and complex. Ankara is engaged in a number of regional proxy conflicts in Syria, Iraq, Libya, and Qatar. In addition, several months ago Turkey found itself once again trapped in another old but thorny dispute over gas drilling rights near the coast of Cyprus. Erdoğan made it clear he would continue drilling in the gas fields on the Cypriot shelf despite protests from the United States, the EU, Greece, and the Cyprus government. His strong stance heated up the long-frozen conflict on Cyprus, with the United States preparing to cancel its arms embargo of the island and the EU taking punitive measures against Turkey, further escalating the risk of a confrontation in the eastern Mediterranean.

Turkey is thus in a complicated situation and may need some new alliances and allies. And there are still ways that Ukraine and Turkey could cooperate on energy. One of the major issues hamstringing Turkey’s plan to turn itself into a gas hub is the lack of gas storage facilities. Turkey’s total storage capacity is only 3 bcm, compared to Ukraine’s 31 bcm. No arrangement can be concluded at this stage, however, because Turkey-Ukraine relations are heavily inflected by larger power games playing out in Eurasia.

Turkey’s position as a gateway to the Black Sea for Mediterranean countries and one of the most important trading partners on Ukraine’s southern flank makes it highly sensitive to maritime issues that could affect its economy. Above all, it desires stability and safety in the Black Sea. After Russia’s annexation of Crimea and invasion of eastern Ukraine in 2014, the issue of Black Sea maritime safety became especially urgent. That sense of urgency redoubled after Russian forces halted Ukrainian vessels in the Kerch Strait and took captive the crews. The safety issue provides the ground for a strong partnership between Ukraine and Turkey, insofar as they share some of the same goals and concerns about security, energy and trade interests in the Black Sea region.

A significant obstacle to that potential partnership is Turkey’s relationship with Russia. Locked in various disputes with the West and absorbed into the Syrian quagmire, Turkey became dependent on Russian mediation and forces in the Middle East. By striking energy and trade deals with Moscow, Erdoğan is trying to counterbalance Western influence in the region, and particularly U.S. involvement in Syria, which Ankara sees as a threat to Turkey’s national security.

Turkey’s decision to purchase the Russian S-400 air defense missile system, the first installment of which arrived in Ankara in July, and which is intended to shoot down American combat aircraft, instead of going ahead with the purchase of American Patriot missiles once again raised the question of Turkey’s foreign policy alignments and whether Ukraine could trust Turkey on sensitive issues such as countering Russian malign activities in the Black Sea and Crimea. Questions surrounding Ankara’s long-standing reluctance to impose sanctions on Moscow and Turkey’s continued trading with the occupied Crimea while officially condemning its annexation have now, with the Russian missile system purchase, moved on to the larger issue of whether Turkey belongs in NATO, an organization Ukraine’s leadership aspires to join.

Turkey’s attempts to play many sides in its foreign policy frequently raises eyebrows in Kyiv and sometimes hinders cooperation with Ankara on important and sensitive matters such as security, military cooperation, and big energy projects. Turkey needs a contingent partner in energy to win its regional energy battles; Ukraine needs a partnership with Turkey to safeguard its role in the regional energy market. The obstacles to concluding such an arrangement are daunting.

Iliya Kusa, expert on international politics and the Middle East of the analytical center “Ukrainian Institute of the Future”

Andrian Prokip, expert of the program “Energy” of the analytical center “Ukrainian Institute of the Future”