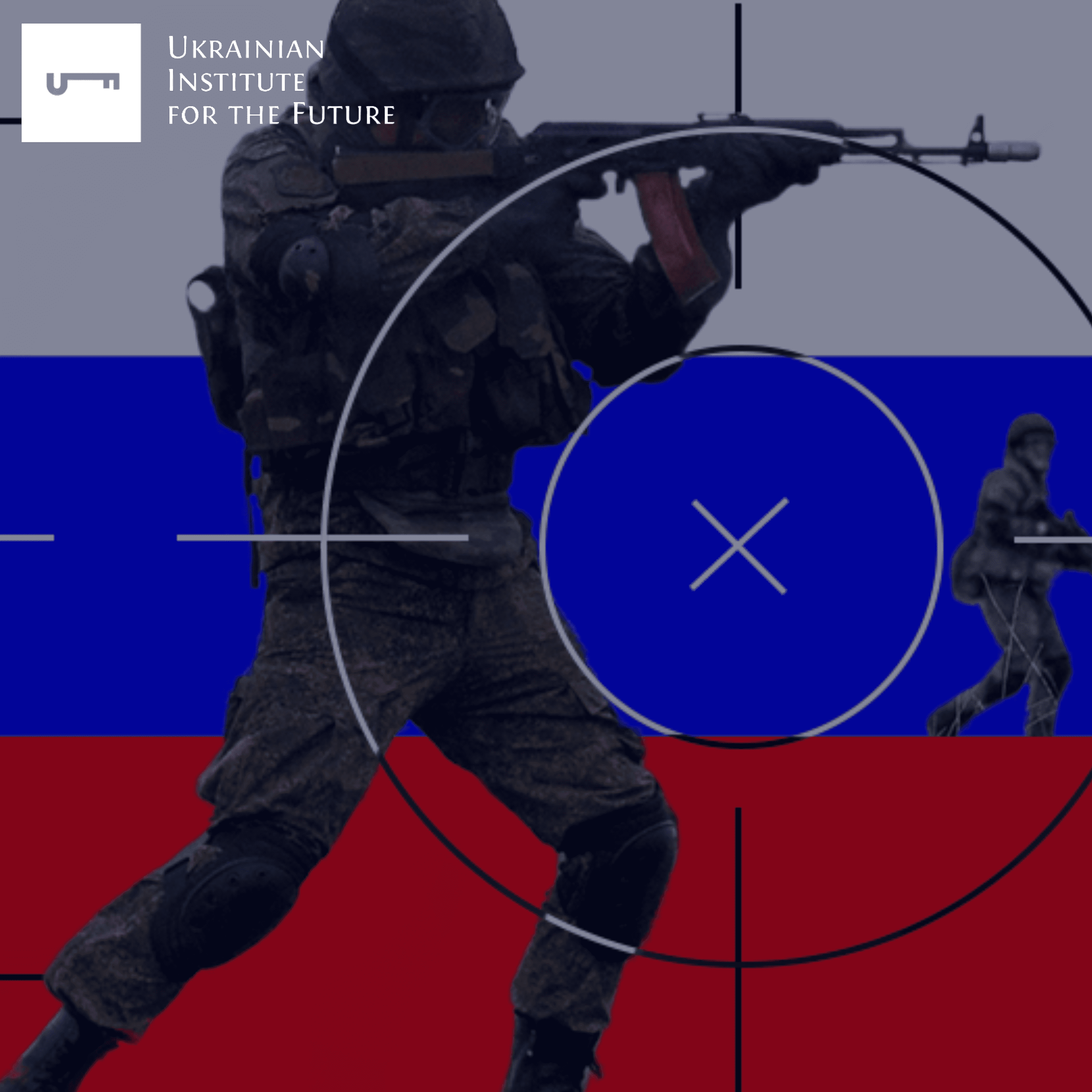 Russian media claims that “a million refugees from Ukraine” are on the Russian Federation’s territory. Ukrainians, in turn, talk about the mechanisms of forced deportation. If we look at the situation as a whole, we can conclude the continuation of the Kremlin’s policy of solving its demographic issues at the expense of immigrants from Ukraine.

The analysis is based on two essential news:

From the previous information sources on the same topic, we can also point at such activities:

Ukraine has long been the primary source of inbound migration to Russia. These are both labor migrants and citizens who wish to change their place of residence (and citizenship). The situation changed at the turn of 2018–19. In February 2019, the Russian RBC resource admitted that “Ukraine has ceased to be Russia’s main migration donor.”

This news overlaps with Russia’s demographic processes, which began at the turn of 2000 and continues to this day: Most of Russia’s “predominantly Russian” regions are rapidly losing their population. On the contrary, the birth rate is increasing in the resource-extracting subjects of the Federation and the underdeveloped national autonomies. To this should be added the general dynamics in demography: negative natural population growth, which is compensated by migration flows, primarily from the countries of Central Asia. Thus, there is a gradual change in the population structure in Russia, which affects the economy, politics, and ideological foundations of Russian society.

The process can be called irreversible, but its course could be slowed down. For this purpose, since 2019, the Kremlin has radically changed its approach to stimulating migration from the territory of Ukraine. The point is to increase the share of the “Slavic component” (or prevent it from falling) in several Russian regions and soften the shock of depopulation.

Aggression in 2022 gave rise to several waves of migration to the territory of the Russian Federation. Key ones include:

Artificial migration processes and the implementation of population replacement policy have been the usual mechanisms of the empires in the 18th and 19th centuries. For modern Russia, this is still the case today. In light of negative demographic processes in the country, the Kremlin is interested in the resettlement (and assimilation) of migrants from the European part of the former USSR. But given that, due to their size, neither Belarus nor Moldova can be donors of migration in the necessary volumes, Russia has focused on the resettlement of Ukrainians. We are talking about both the occupied territories and the possible stimulation of the relocation of Ukrainian citizens from other regions.

Therefore, in the next 3-5 months, the Russian Federation will focus on distributing Ukrainian citizens from the filtration camps. Russia will also carry out mass passportization of Ukrainians in the occupied territories to use them as a migration reserve for the near future.

The Russian occupiers of the Zaporizhzhya NPP are resorting to new, unprecedented actions that threaten nuclear safety and may lead to a nuclear catastrophe on a continental scale. The installed capacity of the Zaporizhzhia NPP is 6 GW – the largest in Europe and almost half of the capacity of all NPPs in Ukraine.

The occupiers are trying to get confessions out of the station employees about weapons caches below the cooling pools. The pools provide cooling of the water used to cool the circuit and are an essential part of the process and a requirement of nuclear safety. The occupiers intend to drain the pools, which carries the risk of an accident at the power units.

The fundamental goal of such actions may be an attempt to accuse Ukraine of planning a terrorist attack on the facility or using it as a military base. However, this is exactly what the Russians are doing themselves.

There are about 500 Russian military personnel and specialists from the Rosatom Corporation at the ZNPP who are trying to study the plant’s operation, new equipment and software, and the peculiarities of the use of Westinghouse nuclear fuel.

Zaporizhzhia NPP is almost half of the capacity of the entire nuclear energy industry of Ukraine. Being a part of the Dnipro power system, ZNPP is an essential source of electricity supply in the industrially developed region of Ukraine. The loss of such an object by the country’s energy system can lead to significant problems in the United Energy System of the country.

However, technically, the implementation of joining the ZNNP to the Russian power system seems extremely difficult, if realistic at all, in the conditions of military operations.

In other words, today’s statements about the plan to join the ZNPP to the Russian energy system are Russia’s “wishful” thinking, aimed primarily at domestic audiences with the message of “achievements” in the occupied territories. In addition, such statements may be aimed at Europe’s concern about the reliability of the Ukrainian energy system in synchronous mode with the power grid of continental Europe. In light of the difficulties with its accession, the occupiers will try to accuse Ukraine of what they are doing – violating the rules of nuclear power plants operation and using them for military purposes.

Strengthening of Russian influence on Belarus, and not the Ukrainian topic – turned out to be the main issue of the meeting between Putin and Lukashenko

Another meeting between Lukashenko and Putin took place last week. Meanwhile, missile attacks on Ukraine from the territory of Belarus resumed. Ukrainian media began talking about a possible quick attack of the Armed Forces of Belarus onto Ukrainian territory. Supposedly this very issue was supposed to be key at the meeting. But the reality was somewhat different.

Initially, the meeting between Lukashenko and Putin was planned to take place in Belarus as part of the next Belarus-Russia forum in Grodno (June 30th – July 1st, 2022). However, it took place on Russian territory five days earlier — on June 25th in St. Petersburg. Putin decided not to go to Belarus for the regional forum, formally the most crucial event in the development of cooperation between the two states.

In light of the meeting, several formally unrelated to it events took place at once:

This set of events led to an idea of possible rapid participation of Belarus in the war against Ukraine by its own Armed Forces, which means that Putin is pressing Lukashenko.

Airstrikes by the Russian Air Force from the territory of Belarus significantly complicated the possibility of separate consultations with European countries on issues of distancing from Russia’s policy towards Ukraine for the official Minsk. Talk of nuclear weapons serves the same purpose. On the one hand, Putin raises the stakes and, on the other, creates a situation in which contacts with Lukashenko remain just as (if not more) toxic for European politicians. Russia is not going to actually transfer nuclear weapons under Belarus’control. A nuclear weapon in the hands of official Minsk is a threat not only to NATO but to the Kremlin as well.

Regarding Belarusian participation in the war against Ukraine, official Minsk’s bargaining with Moscow continues. Most likely, the positions of the Belarusian side did not weaken but have increased somewhat: additional topics for discussion with Russia have appeared.

However, the main direction remains the intra-Belarusian processes. Or, to be more precise, the process of increasing Russian influence on Belarus. The main problem for Russia in the Belarusian direction is the choice of executioners and partners. While strengthening his own power, Alexander Lukashenko did not allow the creation of a pro-Russian formalized political force. This happened up to the squeezing out of Russian ambassadors who tried to independently create their own network of contacts (the case of Ambassador Babich).

The transformation of the political system with the launch of party projects and changes in approaches to the formation of the parliament are important for the Kremlin. This will allow the creation of one to two pro-Russian political parties, which sooner or later will lead to the selection of Lukashenko’s alternatives. Therefore, statements about party-building “without Western and Eastern influences” seemed alarming to Putin and demanded action.

There is a similar situation with the economy. The approved “union programs” were supposed to help enter Russian businesses into key sectors of the Belarusian economy. Sanctions imposed on Belarus in 2020-21 contributed to the process. However, after February 2022, the Russian companies found themselves under sanctions, allowing the Belarusian side to maneuver.

All these issues are quite important for the Russian leadership. Therefore, the Ukrainian topic was not the only topic at the meeting between Putin and Lukashenko. Moreover, the wider the field for discussion and the more subjects on which Minsk’s positions are to be offered (rather than asked), the fewer arguments Moscow has on the Ukrainian issue.