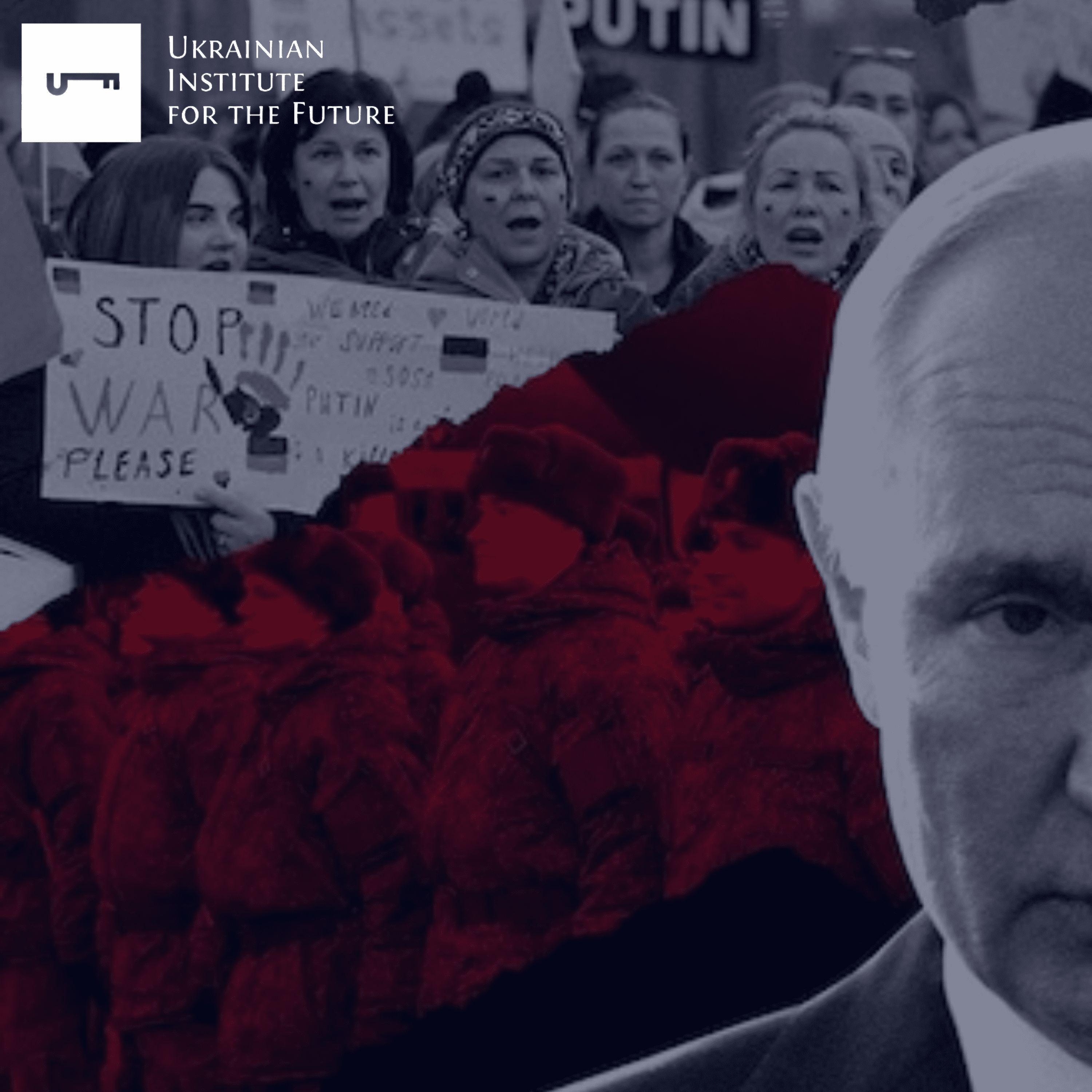 A month ago, on June 4th, in our overview of events in Russia, we noted the coincidence of the dates of the resignations of Yumashev and Tatuyev and the emergence of problems with Chubais and Kudrin. The following was noted in the forecast:

“If Vekselberg, Deripaska, or Abramovich face problems in the coming weeks, it will be possible to conclude that the remnants of the Yeltsin “family” will be squeezed out of the decision-making sphere.”

The following events confirmed our assumptions: Deripaska is resuming negotiations on the merger of Rusal with Nornickel, Chubais’s people are leaving ANO “Digital Economy”, and the business or career growth of several more people are also at risk.

The most resonant news of the past week is the possible renewal of negotiations on the merger of Nornickel and RusAl. Today, Nornickel is jointly owned by oligarchs: 36% belongs to Vladimir Potanin’s Interros holding, 26% to Oleg Deripaska’s En+ Group. The shareholders’ relations (read — oligarchs) are regulated by the shareholders’ agreement valid until January 1st, 2023. This does not save from disputes and lawsuits, including those related to the payment of dividends (Potanin, who received operational control over the company, is interested in its minimization, Deripaska, respectively, in its most significant level).

In addition, a month ago, there was no question of unification – the parties were trying to reach new compromises under the shareholder agreement. The merger of the companies deprives Deripaska of control over one of his key assets (En+ Group’s share in Rusal is 50.1% of the shares). It destroys the production chain built by EN+Group from energy and alumina mining to the production of final products.

Deripaska’s second key asset – “Russian Machines”, is also under attack in connection with the law “on measures in the economy during military operations” passed by the State Duma. Having problems with the departure of European automakers from GAZ sites, Deripaska may face the need to fulfill imposed military orders in all three divisions of the Russian Federation — automobile construction (GAZ group and RM Terex), railway engineering (RM Rail), and aircraft construction (Aviakor plant). Implementing such a scenario puts the oligarch’s business under the complete control of the Kremlin. In this connection, it is not surprising that there is a sharp criticism of “state capitalism”.

Such a development will be a solid blow to Yeltsin’s “family”, depriving this group of one of its key funding sources.

At the same time, the agreement regarding Nornickel will strengthen the position of the Patrushev group (which includes Vladimir Potanin). In this regard, it is worth recalling Potanin’s purchase of 35% of shares in TCS Group, the parent company of Tinkoff Bank, from Oleg Tynkov (who sharply criticizes the war in Ukraine).

Finally, the picture of processes related to the neutralization of “opposition business” is completed by the announcement of the lawsuit of “Rosprirodnadzor” to stop the activity of the Moscow Coke and Gas Plant, which is part of the “Mechel” group of Igor Zyuzin. This oligarch has a highly complex history of relations with Putin, including a public conflict. Now “Mechel” is in a difficult situation – by the end of 2022, it must start paying off the previously restructured debt to Oschadbank and VTB. A blow from the “state conservationists” may incline the oligarch (by the way, close to Putin’s family) to sell part of the business. Or, at least, it will signal to refrain from attempts to participate in (or finance) the internal struggle of groups around Putin.

The weakening of Deripaska’s position and the possible weakening of Zyuzin may be reflected in the processes at the regional level. Most likely, the close owner of “RusAlu”, the governor of the Krasnoyarsk region, Oleksandr Uss, will soon resign. Especially since at the end of 2021, he was included in the group of “less popular governors among the population.” However, it is appropriate to recall the tender for salary research from Rosstat. The first stage (selected regions + budget sphere) should be completed by the beginning of September. And the results will allow the Kremlin to present “claims” to several leaders of the Federation’s subjects. Including those who have both work results and good sociology.

In the next 3-4 weeks, the process of cleaning the system of power of the Russian Federation from representatives of Yeltsin’s “family” will continue, and so will the activities to strengthen the Kremlin’s control over large private businesses. Russian oligarchs, whose loyalty Putin doubts, will be forced to sell their assets or hand them over to groups close to the Kremlin for operational management.

At the same time, the competition of the groups on whose support Putin is counting will intensify. A change in the balance of power among the oligarchs will lead to the “purging of governors” in several regions, which Kiriyenko will try to take advantage of. The same applies to several ministries and formally non-governmental organizations such as “Digital Economy”.

On July 6th, the Russian agency RBC, referring to the documents of the Ministry of Finance, reported on the government’s plans to allocate 1 trillion rubles to the indexation of salaries of the state employees within three years. The military and employees of federal-state institutions will receive the most of the additional funds. Thus, 547 billion rubles will be provided to index the military personnel’s salaries.

It is worth noting that additional expenses occur in a difficult budget situation. Last week, the publication “Vedomosti” reported that the Ministry of Finance of the Russian Federation proposes reducing state programs’ spending in 2023 by 500 billion rubles and foresee similar reductions in 2024-2025. For example, it is proposed to reduce the financing of the state program “Development of the transport system” by 390 billion rubles over three years, by 130 billion annually. It is also proposed to reduce the financing of the “Development of production industry and increasing its competitiveness” program by 200 billion rubles.

The Kremlin will spend additional funds to raise wages, primarily for military personnel, which should support their motivation to participate in wars of aggression. The fear of a possible political coup or internal elite protests is also planned to be covered by additional funds for employees of federal institutions. Financial supplements will compensate the general decline in the standard of living of Russians for the most important for the authorities’ groups of the population.

Thawing regional disputes: Svalbard and Kaliningrad as manifestations of the collapse of the old balance of power

One of the critical events of the last week was the outbreak of a dispute between the Russian Federation and Norway regarding the transit of goods to the Svalbard (Spitsbergen) archipelago. Due to the EU and US sanctions, the Norwegian government blocked the transportation of Russian goods to the islands, citing restrictions imposed due to the war in Ukraine. In response, Russia accused Norway of violating the Paris Agreements of 1920, which regulated the special legal status of Svalbard. This is the sovereign territory of Norway, which was declared a demilitarized zone, and all participants in the agreements had the right to carry out economic and scientific research activities on the archipelago. Due to the war in Ukraine and the sanctions conflict, this agreement was actually threatened and provoked a serious conflict. Nevertheless, Norway decided to compromise the other day and allow Russian goods to Svalbard.

The dispute over Svalbard, although it was not a fundamental blow to Russia, is a vivid demonstration of the regional trend towards the gradual dismantling of the old regional balance of power, formed after the collapse of the USSR in 1991, and in a broader sense – after the World War II.

The war in Ukraine led to the complete destruction of the foundations of Russian-European and, broadly, Russian-Western relations. Therefore, many issues, which for many years remained “frozen” or “canned” within the framework of negotiation processes, temporary and interim, and long-standing agreements or even simply pushed to the background for the sake of stability and peace, are now beginning to intensify and “come to life”. This is because the full-scale invasion of the Russian Federation into Ukraine has changed the regional security architecture, destroyed the old one based on regional and international agreements of the 1980s and 1990s on the principles of the Helsinki Agreements, and with it, all negotiated, and contractual assets have collapsed as well.

In this context, one can consider not only the conflict over Svalbard, which almost led to Russia’s denunciation of the agreement on the separation of maritime borders in the Barents Sea but also the similar disputes: the transit of goods to Kaliningrad, the collapse of the Russian-Japanese negotiation process regarding the Kuril Islands, the aggravation the situation in Moldova, the marginalization of the role of the OSCE Minsk Group regarding Karabakh, the gradual decline of the CSTO’s influence in Central Asia, etc.

Of course, all this does not mean that the “opening” of these conflicts will necessarily lead to an armed confrontation between the Russian Federation and these countries or to the seizure of territories. This is an extreme option. Moreover, judging by the recent events, both sides still try to maintain at least minimal emergency communication channels and to play back the situation when it starts to get out of control. But it becomes clear that as the war in Ukraine drags on and the stakes in it increase, both Russia and the West will be more willing to consider the options of “igniting” their peripheries and unfreezing controversial issues to strike from different sides while simultaneously checking the reaction of the opponent and their willingness to respond harshly and decisively. This is exactly what could happen to Kaliningrad and Svalbard. This can also lead to an escalation in other areas, such as the Arctic.

This trend will undoubtedly continue and deepen the longer the war in Ukraine, and the sanctions confrontation with the West go on until a cease-fire is signed and the war enters the predictable stage, or political changes occur in the Western countries themselves, which will encourage  to change their rhetoric and position towards the Russian Federation.