» Аналітичні матеріали, Новини » Not scary at all: why Russian oil companies were not afraid of the embargo 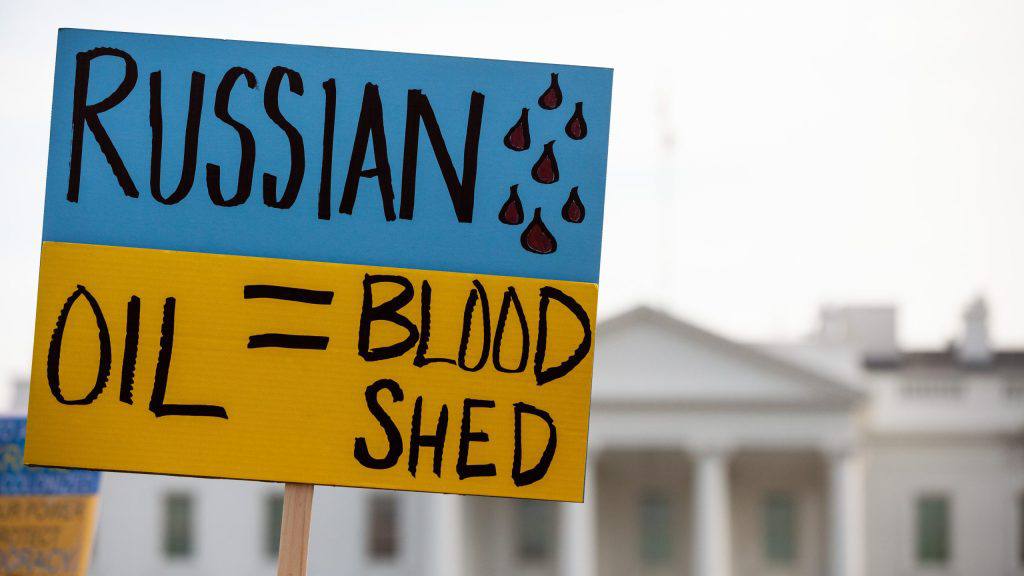 The optimism of the Russian leadership and significant players in the oil market regarding the future is gradually becoming more apparent. It is already clear that in the form in which the sanctions are implemented today, it will not cause much damage to Russian business, which mainly feeds the war machine. The Ukrainian Institute for the Future analyzed whether the “ceiling” (cap) of Russian oil prices would affect the revenues of the aggressor country’s oil business. We will remind you that today this business is one of the primary sources of financing the war.

From December 5, the ban on the transportation of oil of Russian origin comes into effect. And already in February next year, a similar ban on oil products may enter into force. Even from numerous speeches by representatives of European business and politicians, it was already evident that not everyone in the West approves of the oil sanctions points. So, Western companies, from the very beginning of the discussion on the issue of the embargo on Russian oil, considered various ways to preserve the profitability of businesses.

The sanctions packages were to become a serious weapon against Russian war financiers. The sixth package of EU sanctions (June 2022) imposed an embargo on Russian oil and prohibited European operators from carrying out and in any way supporting the transportation of Russian oil. The eighth package of EU sanctions (October 2022) already provides for introducing a price cap, which allows European operators to transport oil of Russian origin to third countries, provided that its price remains below the established limit. To date, the oil price cap of $60 per barrel of oil has finally been agreed upon. It is worth noting that one of the EU countries – Greece – advocated that the price cap was not lower than 70 dollars per barrel. But this position is fully justified by business interests: Greek shipping companies play a prominent role in transferring Russian oil.

The study of Greek-Russian oil transportation relations is the most revealing. After all, Greek companies are currently the most significant participants in this process: more than a third of all oil exported from Russia is exported by Greek operators. Therefore, all the trends inherent in the business models of Russian-Greek relations, in this case, will also be characteristic of players of a smaller caliber.

It should be noted that since the beginning of the war, Greek carriers transported 35% of Russian oil from the total volume exported from the Russian Federation. Only in spring-autumn 2022, thanks to Greek shipowners, oil worth about 40 billion US dollars was exported from Russia. Sea carriers are obviously not at all reducing and probably do not intend to reduce oil export volumes from Russian ports. Only the leading Greek carriers (TMS Tankers Ltd., Minerva Marine Inc, Thenamaris Ships Management Inc., Delta Tankers Ltd., Dynacom Tankers Management Ltd.) demonstrate a frantic pace of cooperation with the Russians:

Such volumes of transportation of Russian oil are a reliable guarantee of uninterrupted financing of Russia’s military plans. The average oil price, according to the information ща MinFin website (for the period from 09/28/2022 to 11/25/2022) is 74.5 dollars/1 barrel of oil. At the same time, there is a tendency to decrease the price and sale of Urals type oil at a discount. For example, as of December 1, 2022, the price of the specified stamp is $69.55. USA/1 barrel.

So, the aforementioned Greek carriers helped the terrorist country earn about $1.7 billion ($69/1 barrel) in November only. Along with this, it is essential to note that the cost of oil production and the cost of transfer by sea are estimated at about $30 per barrel.

Thus, the set price cap for oil more than cost/production and transfer — already fully allows Russia to continue earning and spending money on the military industry. For a simple comparison: the money earned by the Russians from exporting oil with the help of top-5 Greek carriers in November alone corresponds to the costs of two massive missile attacks on the territory of Ukraine, as a result of which multimillion-dollar damages were caused to the energy infrastructure, and millions of consumers were left without electricity and heating.

The schemes used today to maintain Russia’s oil business profitability have been known for a long time. Their main danger is that de jure is, in principle, almost legal ways—for example, the well-known “ship-to-ship” scheme. The essence of the scheme mentioned is that a tanker with oil of the same grade in the open sea receives more Russian oil by transshipment. As a result, the corresponding product ceases to be considered “oil of Russian production”. The scheme is viral: only since June, the number of “ship-to-ship” episodes involving the tanker fleet of leading Greek companies during the export of Russian oil has increased by 4 times compared to the previous period (January-May 2022). From June to October 15, 2022, 43 such episodes were detected (provided that the Greek tanker left the Russian port), carried out by 33 vessels. At the same time, in the previous period from 01/01/2022 to 05/31/2022 (5 months), the mentioned vessels made only 11 transshipments.

Obviously, the increase in oil spill episodes has occurred dramatically and is related to the desire to circumvent the pressure that Greek carriers currently feel thanks to the actions of activists and state authorities and to preserve revenues from the sale of oil. In particular, it should be noted that all the mentioned transport companies are included in the register of the International Sponsors of War of the NAPC.

The participation of oil transporters with Greek registration is too indicative. The main issue is not even the very belonging of such companies to one or another country. Using the example of the sanctioned oil sector, it is safe to say that the existing mechanisms for ensuring the implementation of sanctions do not work. They can be bypassed quite easily without significant damage to the business that finances the war. The political risks of certain influential people in Europe and the interests of European industry sometimes stand in the way of the complexity of decisions aimed at economic pressure on Russia. However, analysts say that in the case of preventive measures to comply with the embargo on Russian oil, it is possible to find reliable leverage. So, for example, specialists of the Ukrainian Institute of the Future are convinced that such economic guarantors of

financial pressure measures on Russian oil companies can be an increase in accompanying costs, in particular, an increase in risk insurance costs for those who transport Russian oil, which should be demanded from P&I Clubs (insurance institution). It would also be effective to limit the possibility of oil spillage in the open sea, which is entirely within the competence of the IACS (certification institution).

Of course, there are enough other effective mechanisms that, if they do not make it impossible, at least make it challenging to maintain the profitability of the Russian oil industry. But the guarantee of compelling pressure on the Russian economy is the absolute position of European business on rejecting operations that support the war. Because, in the absence of preventive measures, there will be a non-Greek company, as well as any other company, that will not mind making dirty money and helping to finance human deaths. The toxicity of cooperation with Russian companies, and the financial and reputational risks associated with such collaboration, may become a sanction measure no less significant than previous sanctions packages.

This publication was prepared by the Information Agency “Underdog” The Unlawyers” exclusively for the project “Don’t Fund Russian Army”.