» News » Shortly about the “Trojan horses of the Kremlin” 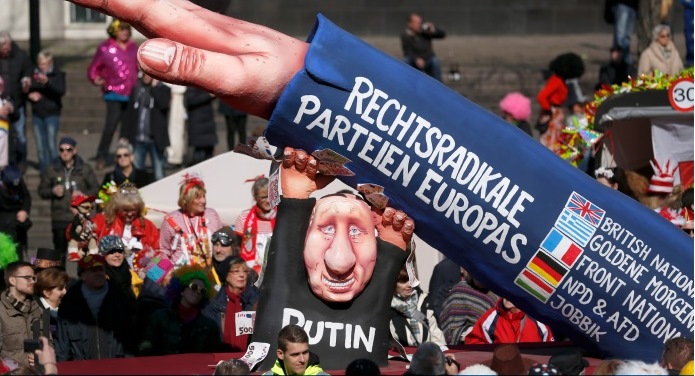 A new study by the Atlantic Council “Trojan horses of the Kremlin” explores the mechanisms of pro-Russian networks and spheres of influence in three key EU states – France, Germany and the UK. What is especially curious is the individualized approach that exploits the particular weaknesses of each of these countries, builds strategy taking into account the historical and social context.

In France, the main channels of influence are the ideological support of radical politicians, “independent” NGOs and business relationships elaborated in the last decade. Thus, in the political context, there are three pro-Russian groups – Radical Right (National Front), Radical Left (Communist and Left Party) and one of the groups of center-right Republicans party. Right-wing National Front supports the main provisions of Russian politics and enjoys direct financial support. Support for the Left Radicals is caused by the inertia since times of the Soviet Union. Pro-Russian Republican groups (Sarkozy, Fillon, Mitrofanoff, de Villepin) are inspired by the de Gaullist ideals of balance between the US and USSR/Russia to provide the best achievement of the foreign policy goals of France and party ties with a large French business, which has significant interests in Russia (defense, energy, banking sector, space sector). Additional favorable factor of influence for the development of pro-Russian network in France is the presence of the Russian diaspora and hope for cooperation with Russia in a region of priority – the Middle East.