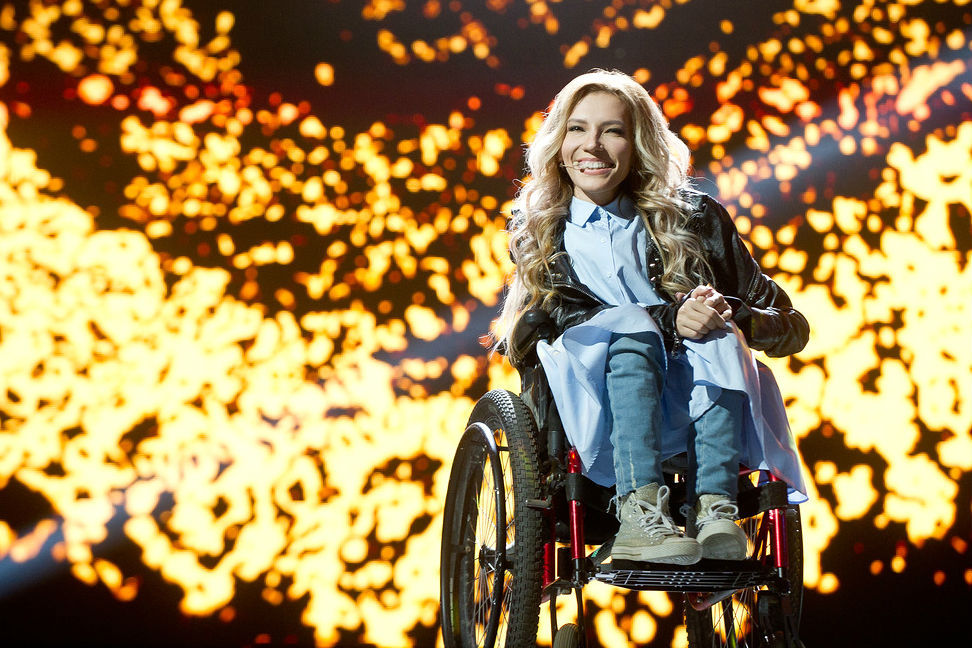 State Security Service of Ukraine (SSU) has forbidden the entry in the country for the Russian Federation citizen Yuliya Samoylova. This is the same Samoylova, who was supposed to represent Russia at the “Eurovision” contest. Such a decision of the SSU should be considered as a very good, reasonable and timely step.

Why it was necessary to forbid

Yuliya Samoylova was not included in the list of Russian artists who were forbidden to visit Ukraine. In 2014-2016, Ukrainian special services were focused primarily on the well-known actors and artists who dropped anti-Ukrainian statements and/or visited the occupied Crimea. Nevertheless, it is a fact that Samoylova performed in the Crimea, and there is the information about her in the “Myrotvorets” database.

It is worth noting that the choice of performers for the “Eurovision” contest in Russia was conducted in a way somewhat different from the Ukrainian one. Instead of a competition, an appointment took place. And it could have become a successful Kremlin’s information operation on unhinging the situation in Ukraine and discrediting our country in the international arena.

A refusal of entry for Samoylova on the sidelines of the European competition of performers undoubtedly would become a scandal. And, regardless of the reasons for such decision it would lead to reputational losses for Ukraine.

Permission to enter the country for the singer would also be a blow to the reputation, as it would demonstrate discriminative application of (or inability to apply) the own legislation in the own territory. It would be a perfect confirmation of Putin’s thesis of Ukraine as of a failed state.

Without a doubt, Samoylova’s performance in Ukraine would have caused mass protests of right-wing parties and organizations, and possibly – of the migrants from the Crimea. If the authorities had reacted and expelled the dinger from the country, the claims 1 and 2 would have snapped into action. If they had not reacted, the residents of Ukraine would have received another reason to doubt the adequacy of the president’s policies and the security forces.

Any attack, accident or even a common cold of Samoylova would have given the Russian Federation a reason to accuse Ukraine of people with disabilities rights’ violation. This is an extremely sensitive issue for the European politicians seeking by all means to demonstrate their efforts against discrimination on any grounds.

Why it was necessary to do it now, and how the events should be commented in front of the Russian and European partners

The only possible scenario was the refusal of entry into the territory of Ukraine for the citizen of the Russian Federation Y. Samoylova, announced long before the competition. In this way, Ukraine cannot be accused of trying to disrupt the Russian participation in the competition of the singers: in Russia, the artist is assigned instead of going through a competitive selection; therefore the Russian organizers have time and opportunity to find a replacement. In addition, while commenting on this situation (particularly for the European partners), in my opinion, it is necessary to especially emphasize the following:

1.The foundation of the EU existence is the equality of all citizens under the law. Thus, a refusal of entry in Ukraine for Y. Samoylova is neither more nor less than a demonstration of the rule of law. There was a fact of her visiting the Crimea. There was also a fact of her anti-Ukrainian statements. There are the rules of law obliging the security services to respond to the facts. The response is predictable and normal. As the saying goes, accept and undersign.