» News » The most humane court in the world 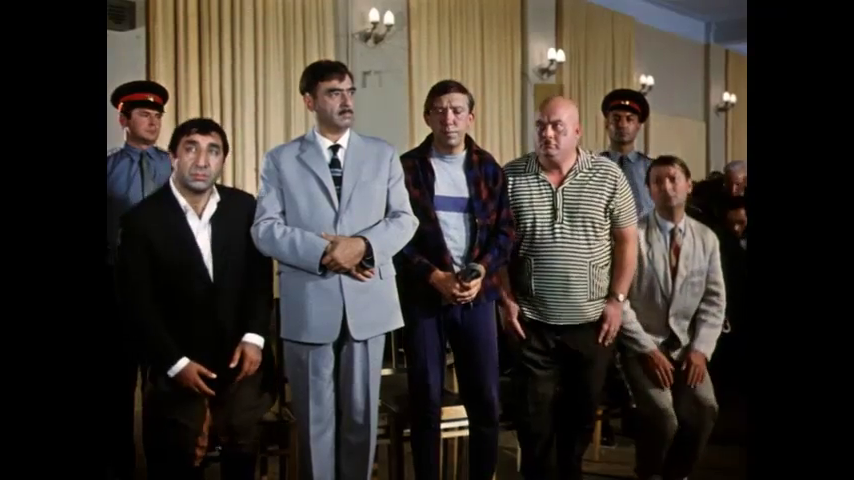 More than anything, Ukrainians like to create themselves “sacred cows”. Haven’t you noticed? To create them, to strongly cherish, and then to become remorselessly disillusioned with them.

The European Court of Human Rights is one of such “cows”, without exaggeration. However, Ukrainians haven’t felt any disappointment in it yet. This is backed by at least the following statistics: as of February 2017, Ukraine ranks first in the number of appeals to this court – 18850 appeals, – that is approximately 21.5% of the total number of appeals in the “Strasbourg pie”. It is also worth noting that the second and the third places belong not to Russia as it was few years ago, but to the developed countries – Erdoğanian Turkey with its 17800 appeals (20.3%), and Hungary with its 9800 complaints (11.2%).

Perhaps only those citizens who had already directly faced the European Court and whose complaints mostly were left without consideration might have felt some frustration; and the legal community, which is providing service to such people is not always able to quickly adjust to the constantly changing demands of the Court’s Secretariat.

In this context, the question arises: is the European Court worthy of such trust? Are its’ decisions legally perfect, and the practice that has developed – consistent?

A topical issue for Ukraine nowadays – lustration – can serve as example. It is easy to notice that in this matter the position of the ECHR is characterized by a pronounced ambivalence. For example, in the case “Zhdanok against Latvia”, the court judgement on which was delivered in 2004, the Court stated a violation of the rights of the applicant who was a member of the Communist Party during the collapse of the Soviet Union and who was withdrawn for this reason from parliamentary elections, on the grounds that her actions after Latvia’s attainment of independence were of no threat to the constitutional order. But two years later, the Grand Chamber of the Court reviewed the previous decision and delivered an opposite result: the focus was made on the concept of “democracy that can defend itself” and the “field of appreciation” of the states in determining the criteria for eligibility for public office. A judge from Slovenia Zupanchych, who voted against this decision, explained the authorities’ refusal to register the candidacy of Zhdanok in this way: “The reason for this refusal was that Ms. Zhdanok has a real chance to be elected. That’s the whole democracy story”.

It should also be remembered that the interpretation of the Convention for the Protection of Human Rights and Fundamental Freedoms of 1950, which the ECHR keeps ward of, is given not by some abstract court, but by a court which consists of judges each of which is “loaded” with the own thinking and understanding of the legislation. The human factor in in the European Court decision-making is influential more than anywhere, as the court is represented by 47 judges representing 47 countries with their own cultural and legal traditions, and the judges often gain training outside their country or even outside Europe, and have different expertise (teacher, judge, lawyer, diplomat, deputy).

Thus, in the Dudgeon case (Dudgeon v. UK, 22 October 1981) for prosecution in Northern Ireland for the acts of a homosexual nature, Judge Mehmet Zekiya wrote in his special note: “Of course, on the one hand, I could be considered biased because I am a Cypriot judge. However, on the other hand, it can be assumed that I am in the best position and can anticipate the explosion of public indignation, which will start in Cyprus or in the Northern Ireland after these laws are repealed or amended in favor of homosexuals. The population in the both of these countries is very religious and adheres to traditional moral values… In a democracy, the majority creates law. In my opinion, it seems strange and pity when while respecting the privacy of one’s interior life people underestimate the necessity of upholding the law, which is protecting moral values highly respected by the majority”.

But the year 2015 seems the most spectacular in this respect. The resolution on the “Lambert case” (Lambert et autres c. France, GC, 5 Juin 2015) the Court, unwittingly, came back to the question of euthanasia, which it tried to wander off in the Pretty case (Pretty v. UK, 29 April 2002). Decision in the Lambert case relied on other precedents where the Court clearly supported the validity of the right to the discretion of countries prohibiting the so-called active euthanasia (introduction of medicinal substances or other actions leading to a quick and painless death), finding in them no violation of Articles 2 (right to life) and 8 (right to respect for private and family life). And this means the green light for actions to stop death therapy of a patient who stays in an unconscious state after the accident for several years. In this case, the Court stipulates that “this is not about euthanasia, but about the termination of treatment which artificially sustains life» (§ 141) – the position which was clearly opposed by the minority, saying that “this is exactly about euthanasia, which does not want to be called by its name”.

Here the concluding provisions of the joint dissenting opinion of judges from Azerbaijan, Slovakia, Georgia, Moldova and Malta without is cited without any comment: “In 2010, to mark its fiftieth anniversary, the Court accepted the title of The Conscience of Europe when publishing a book with that very title. Assuming, for the sake of argument, that an institution, as opposed to the individuals who make up that institution, can have a conscience, such a conscience must not only be well informed but must also be underpinned by high moral or ethical values. These values should always be the guiding light, irrespective of all the legal chaff that may be tossed about in the course of analysing a case. It is not sufficient to acknowledge, as is done in paragraph 181 of the judgment, that a case ‘concerns complex medical, legal and ethical matters’; it is of the very essence of a conscience, based on recta ratio, that ethical matters should be allowed to shape and guide the legal reasoning to its proper final destination. That is what conscience is all about. We regret that the Court has, with this judgment, forfeited the above-mentioned title”.

In short, the European Court is one of many European institutions constrained with internal contradictions and conflicts. Same as any other European institution, it requires no adoration, no disillusioning from the Ukrainians. The only thing necessary is the depth study of its activities in order to avoid falling into any of these extremes and eventually overcome that terrible gap which still exists between Europe and our country in the sphere of legal development.