» News » RUSSIAN ELECTRONIC WARFARE SYSTEMS “SAMARKAND”: SHOULD WE START BEING SCARED OR NOT YET? 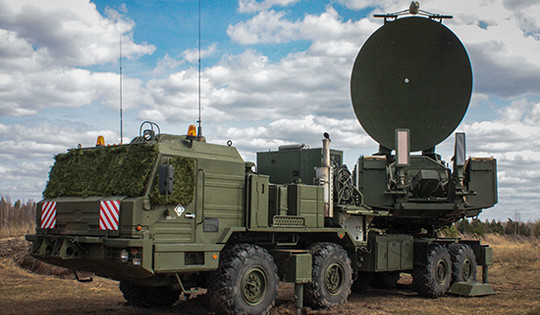 Saying that these electronic warfare systems are a new word in the arms, as the Russian experts do, is too early and not necessary.

Russia plans to place 16 new “Samarkand” electronic warfare systems near its borders in the West, in the East and on the territory of Belarus. Information from the Ministry of Defence on the tender for repairs, installation, and completion “Samarkand” appeared in media. This “inspiring” news immediately was commented by  Russian experts and in most cases, their opinion was down to the fact that it is “a completely new type of weapon, which NATO countries are not familiar with”.

The expert on national security and defense of the Ukrainian Institute for the Future Glen Grant assumed in his commentary to Ukrinform, that the systems of electronic warfare “Samarkand” are quite expensive. “One such system as “Samarkand” can cost around 60 million dollars, and there are 16 systems of this kind. So, Russia will spend about a billion dollars on “Samarkands”. It is worth noting that the electronic warfare technology that Russians have is one of the best in the world, if not better than other types of weapons. However, it is very difficult to understand how much this or that EW system costs for them, because we do not know which way the Russians went – creating something fundamentally new, or upgrading existing stations,” the expert says.