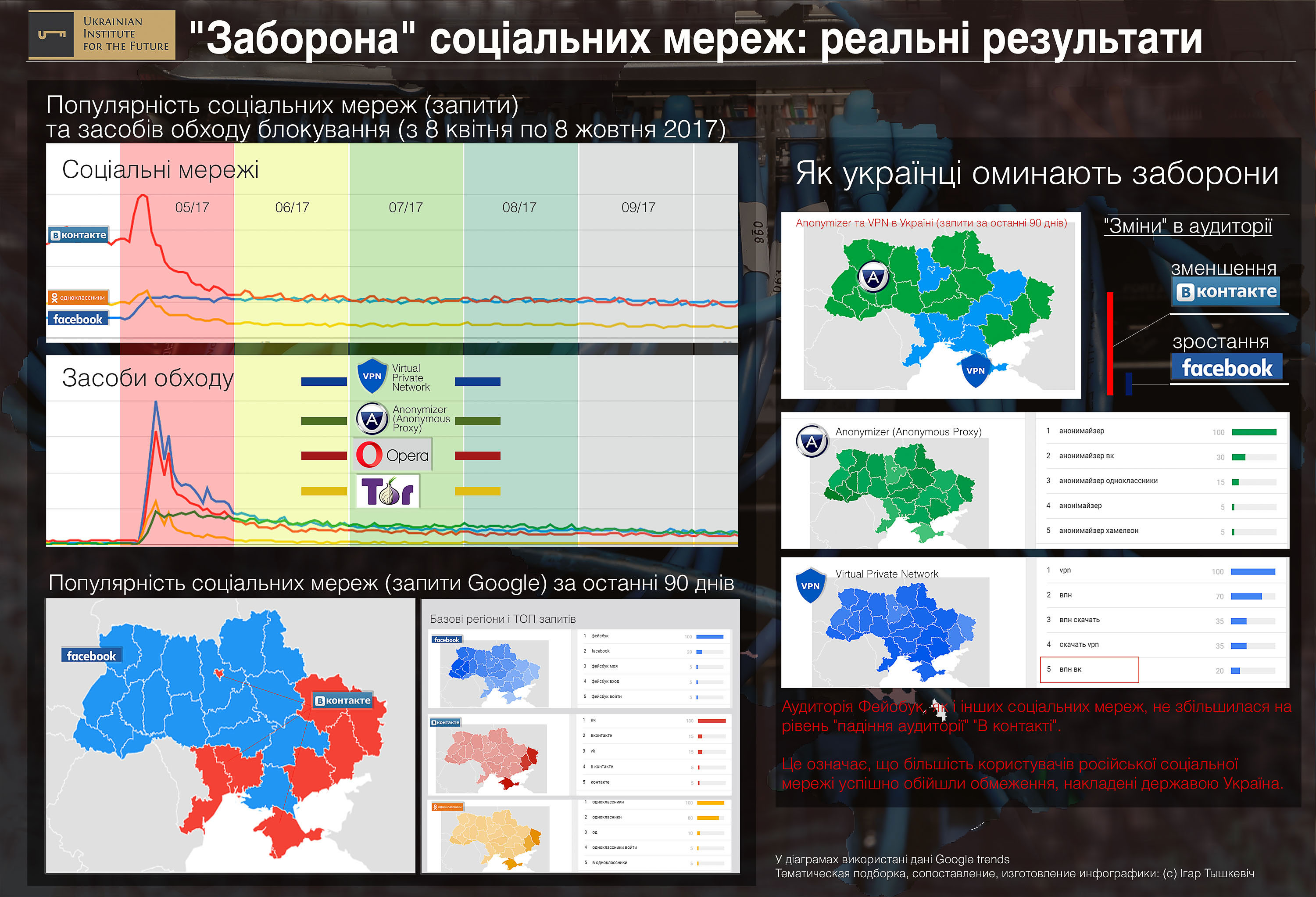 This week it is 5 months from the moment when President Petro Poroshenko introduced a decree of the National Security and Defense Council on the application of sanctions against a number of companies and natural persons from the Russian Federation. The decree became more known to the public as a “decree banning Russian social networks,” although it was about restriction of access of the Ukrainian users to these resources. A few days ago, the company “Kantar TNS” published data on the popularity of Internet resources among citizens of the country, according to which the site “VKontakte” dropped out of the TOP-10 on attendance among Ukrainian. At first glance, we can celebrate and talk about victory, but in fact, things are far from being good.