EN RU UK
» News » What is wrong with Ukrzaliznytsya? Procurement 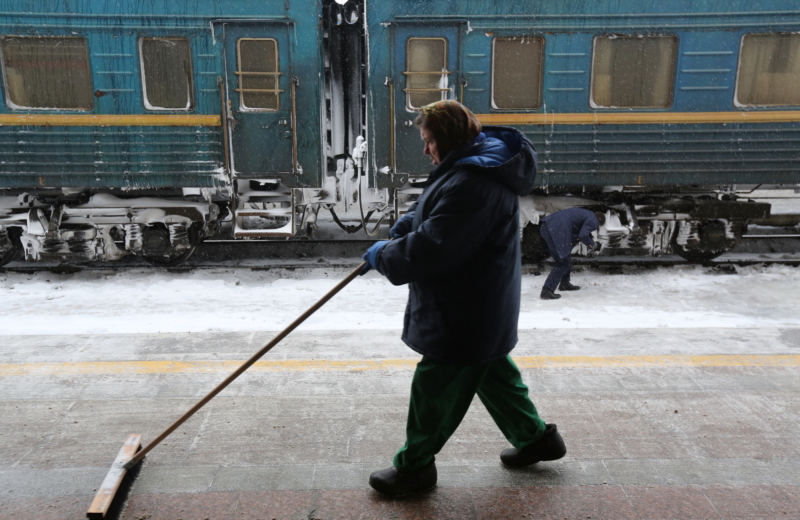 Editor’s Note: Vladimir Shulmeister served as first deputy infrastructure minister for about a year in 2014-2015, before leaving the ministry together his boss, ex-Infrastructure Minister Andriy Pyvovarsky, saying that the country’s top leadership lacked the political will for reforms.

While in office, Shulmeister studied the state of Ukrzaliznytsya, a state-owned giant railway monopolist that back then was controlled by the Infrastructure Ministry. Now it answers to the Cabinet of Ministers. Shulmeister says that the company with yearly revenue of nearly $3 billion and 300,000 employees loses some $2 billion through inefficiency and corruption. The following is the second installment of a series of articles where he lays out how the money is lost at Ukrzaliznytsya. Read the beginning here (https://www.kyivpost.com/article/opinion/op-ed/vladimir-shulmeister-wrong-ukrzaliznytsya.html).

Procurement is a weak point in any state-owned company. But in UZ, the scale is disastrous.

If tariffs (see Part 1 https://www.kyivpost.com/article/opinion/op-ed/vladimir-shulmeister-wrong-ukrzaliznytsya.htm of my story) are under control of a few oligarchs, procurement system of UZ is a victim of numerous businessmen, politicians and bandits of wide range (often, these are the same people).

UZ is one of the largest wholesale buyers of fuel in Ukraine. Each tender for fuels supplies causes very high interest. Unfortunately, suppliers calculate all the possible market risks in their tender price as the supplies take place during a long period of time and the prices might fluctuate.

At our time in the ministry, we proposed to use the widely spread in the civilized world practice of purchasing of fuel according to a formula which makes it possible to tie the price of fuel delivered in the future to world market prices (PLATTS). In this way, the participants in fuel tenders in fact cover their market risks and compete with their margin. The lower the risk, the lower is the suppliers margin and hence, the tender price.

Unfortunately the fuel formula that we developed in 2015 has been blocked by the participants in the Ukrainian courts. Till now the formula isn’t applied, meaning that UZ continues to lose money on the fuel tenders.

Moreover, the usual practice when a winner of the fuel tender raises the delivery price (up to 10 percent) already after the tender is quite widespread. This price increase is often explained by the market conditions and is always “coordinated” with the managers of UZ.

These practices cause approximately Hr 250 million in losses per year.

After the fuel is purchased, there is weak control over the quality of the fuel and usage of the fuel inside UZ. Here, UZ has direct losses (about 250 mln UAH more) when part of fuel leaks out through the whole UZ system, and (what is even more damaging) indirect losses, when the lower quality fuel leads to a lower service life of engines.

UZ has about 22,000 kilometers of railways whereof about half is electrified, which makes UZ one of the biggest buyers and distributors of electricity in Ukraine.

When we started working for the Infrastructure Ministry, we were very much surprised that UZ does not work directly with the Energy Market (a state-owned market place for electricity trade in Ukraine) but is purchasing electricity through a number of shell companies with no assets (so-called “prokladka”).

It also turned out that part of the electricity is supplied unaccounted to numerous “clients”.

The losses from these unaccounted outflows and inefficient purchases are estimated at Hr 300 million per year.

The chronicle manipulations around purchases for state-owned companies have some peculiarities in case of UZ.

UZ has several scientific railway institutes in its structure. These institutes are supposed to certify all the purchased products. In the last 25 years, some lucrative heads of UZ organized quite elegant corruption schemes where certain groups of products from certain suppliers are certified on an uncontested basis.

For some strange reasons, the corresponding ex-tops of UZ still supply these products to UZ as monopolists. The price on these products is going up all the time and UZ “specialists” are bumping about safety of these unique products. Year after year, with a growing assortment of the production.

This scheme is quite easy to stop for any clever and decent manager. He just needs to give an order to certify alternative spare parts.

This corruption scheme costs UZ responsible about Hr 500 million in losses every year.

D)Purchasing supplies through shell companies with zero assets rather than from the producers directly.

In 2015 our analytics found that a state-owned plant Transsvjazj in Kharkiv, controlled by the Ministry of Infrastructure, was producing and supplying some devices for UZ. And it turned out that in the history of this plant all the devices were sold to UZ through some shell companies which were making 100-250 percent profit on this position.

Taking into account volume of UZ purchases and very weak control of the purchasing by the six local rail companies from the UZ, the losses here are estimated at Hr 200 million.

E)Purchasing of unneeded parts on stock

At another plant of UZ, where the director was changed in the summer of 2015, a huge stock of spare parts has been discovered by the new director. It was sufficient for about 100 years of operation of the factory. The purchase price for these spare parts was 2-3 times more than the market price.

Taking into account the number of UZ plants and additional losses associated with the storage of the stock, the annual losses comprise around Hr 100 million.

F)Supply of replica or used parts instead of originals

When the service life of a railway detail is approaching its limit, UZ has to replace it by a new one, according to the strict internal rules and regulations. At stake here is our safety as passengers.

However, the corruption penetrated this part of the UZ activities as well. Widely spread corruption schemes here include:

-Buying the new parts that don’t end up being installed (instead, they are sold for cash later)

The damage is difficult to assess here as the main losses are indirect – they will arise from the shorter service life of the machines and necessity to replace them. My estimation is that the losses from these schemes exceed Hr 300 million per year.

How does corruption in procurement influence the UZ income?

Procurement is a painful and obvious leakage inside UZ. Unfortunately, Prozorro, an online transparent procurement system introduced in 2015, only created some minor difficulties to the established corruption machine.

This part of the UZ “inefficiency” is responsible for the important part of the losses inside the company and is valuated at about Hr 2 billion per year.

A note to the UZ Management: It will be very difficult to explain to the business why UZ as a monopolist raises the cargo tariffs while its internal system is extremely inefficient and often unsafe and unreliable.

Instead of polishing some minor things – radically cut the robbery of UZ.